3 charged with duping senior cop into paying B6m for promotion

Three people have been charged with duping a senior police officer into paying them almost 6 million baht in exchange for a promise he would get promoted to a higher rank.

Seized from them were five mobile phones, a tablet, two bank account books and an ATM card.

Earlier, a commissioned police officer with the rank of deputy superintendent in Udon Thani province filed a complaint with CSD police that he had been introduced to Ms Parinyaporn in October last year, who said she could help him get promoted to superintendent on condition he must transfer 200,000 baht in advance for "making merit", the CSD chief continued.

He was later taken to see Ms Ananya and ML Charanphong at a somtam restaurant in Nonthaburi province. The suspects had boastfully told him they would help him get promoted as they knew national politicians and high-ranking police. They then showed him photos of them with some senior figures, said the CSD chief. 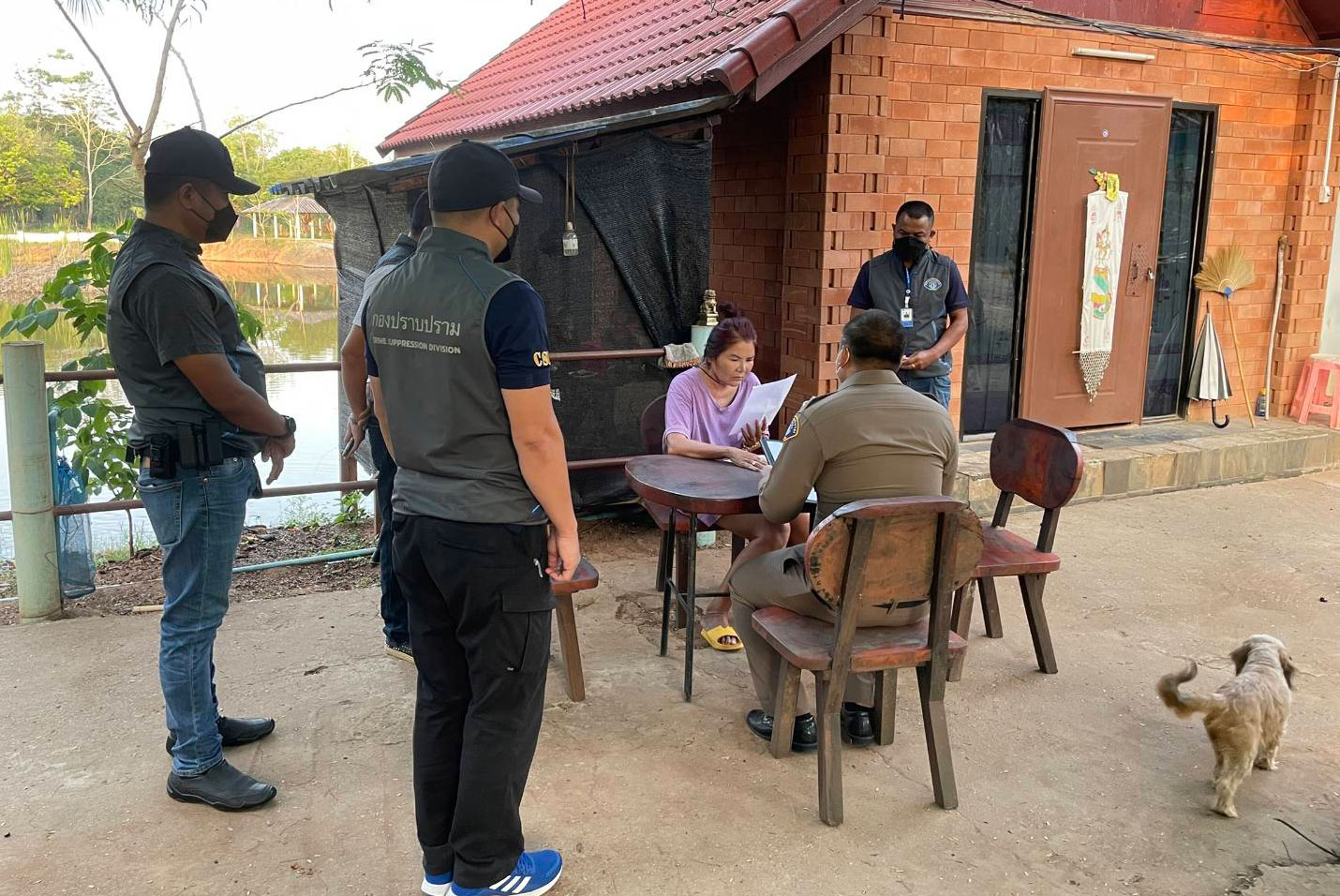 Ms Parinyaporn Khanlun, or Jae Nong, 59, is arrsted at a house in Khon Kaen. (CSD photo)

The victim had been duped into transferring money several times, totalling 5.75 million baht. When a police appointment list was announced, he was not promoted to the position of superintendent as promised, and he was then unable to contact the suspects, according to Pol Maj Gen Montri.

This made him believe that he had been swindled, and he filed a complaint with Kukaew police station in Udon Thani province. But fearing he would not receive justice, he later sought the transfer of the case to the CSD.

Pol Col Wiwat Jitsophakul, the superintendent of CSD sub-division 3 who led the arresting team, said a police investigation found the three suspects worked as a criminal gang. One was tasked with finding a potential victim, another claimed to be able to lobby for a position and the other simply acted like a credible person.

The victim had been asked to transfer money into a bank account opened by the suspects before it was transferred to another account, said the sub-division 3 chief.

The investigators later sought court approval to arrest them.

A criminal record search revealed some of the gang had been involved in more than 13 cases, Pol Col Wiwat said. Bank account books belonging to Ms Ananya showed more than 600 million baht in circulation.

Investigators believed some of the money might be linked to fraud cases involving government lottery ticket quotas. They were investigating whether ML Charanphong held a real noble title or not.

During questioning, the three suspects denied all charges. They were held in CSD police custody for legal action. 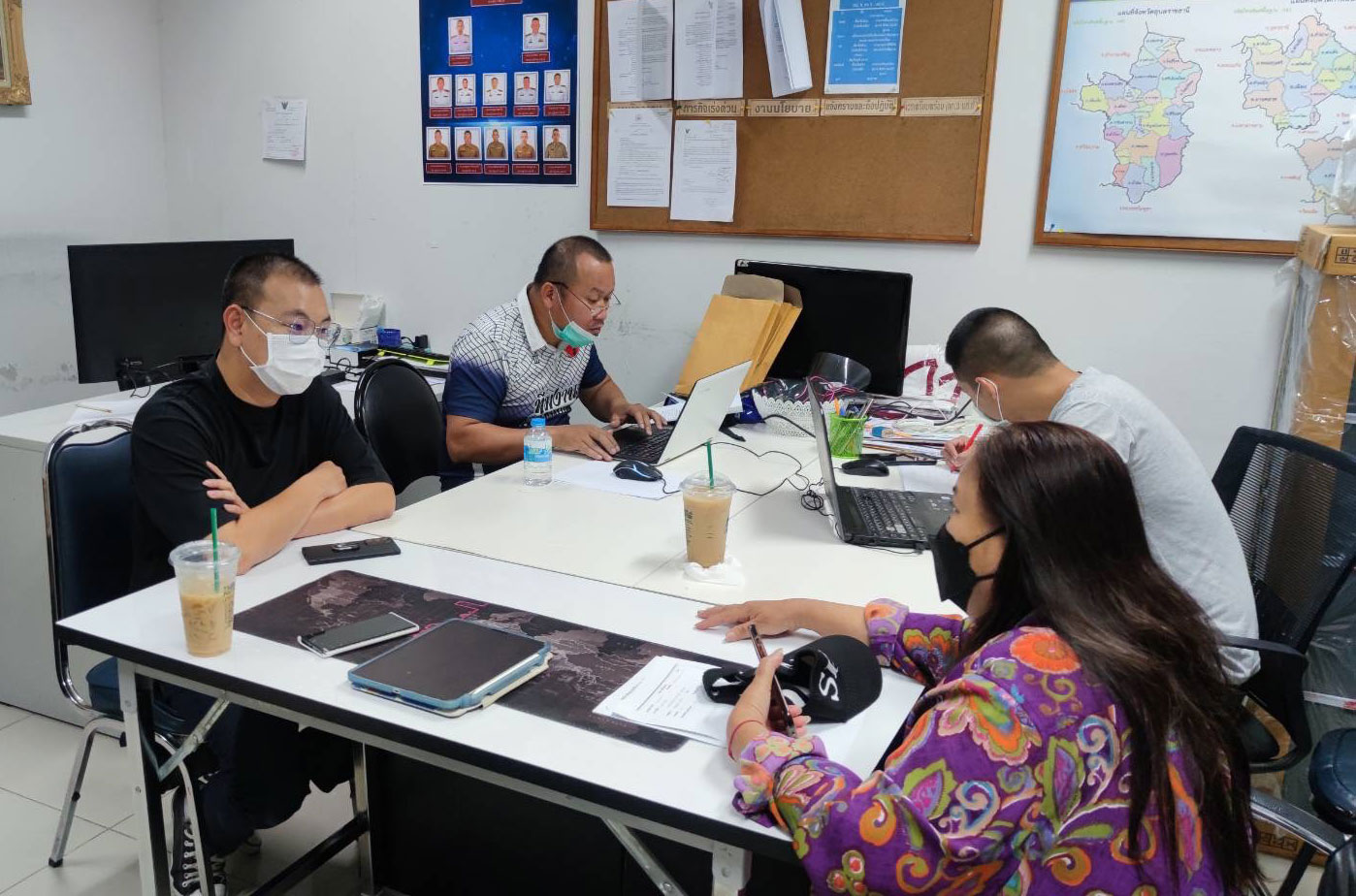