Illegal migrants from Myanmar emerge from a compartment in the bed of one of two pickup trucks loaded with cabbages after the two vehicles were searched in Phop Phra district, Tak on Wednesday. (Photo: Phopphrapost Facebook)

Fourteen illegal job seekers from Myanmar and three Thais were arrested after the migrants were found hiding in the beds of two loaded cabbage pickup trucks in Phop Phra district of Tak.

The driver of the first pickup truck with Phetchabun licence plates and a woman who accompanied him looked suspicious to the officers as they approached.

The officers inspected the vehicle and found five men and two women hiding in a compartment in the bed of the pickup truck. All were dripping with sweat after being covered by bags of cabbages. They were determined to be illegal Myanmar migrants.

The team then searched the second pickup truck with Nakhon Sawan licence plates and discovered another special compartment in the bed of the vehicle. Seven more Myanmar nationals – one man and six women – were also found hiding there under bags of cabbages, exhausted by the heat like those in the first vehicle.

Driver Samroeng Thongmak, the father of the driver of the first vehicle, was arrested.

Police said that during questioning, the two drivers admitted they had been hired for 6,000 baht each to transport the Myanmar nationals to downtown Muang district of Tak, where another group would come to take the migrants to Bangkok.

The migrants told police that they each had to pay 30,000 baht in brokerage fees. All were taken for Covid-19 screening tests before being handed over to local police for legal proceedings. 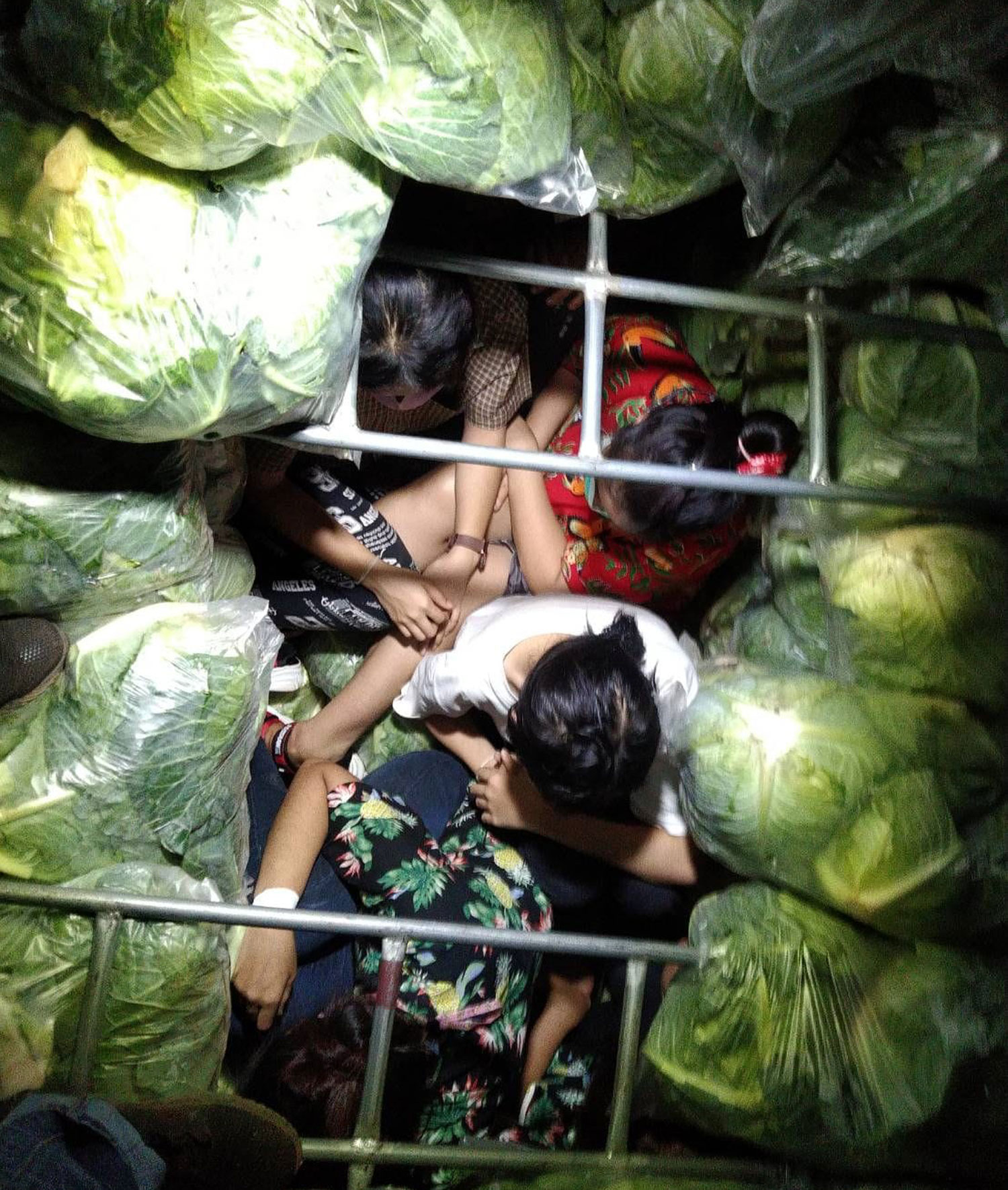 Seven Myanmar nationals are seen crammed into a compartment in the bed of a pickup truck loaded with cabbages. (Photo: Phopphrapost Facebook)