The white Isuzu truck registered in Songkhla province overturned on the south-bound side of Highway 41 in tambon Khan Thulee following an accident. It had a full load of cabbage, but no one stayed to claim ownership.

Eyewitnesses told police that the driver of the truck and an attendant immediately fled the scene on another six-wheeled truck after emerging from the wreckage.

Upon arriving on the scene, police found nine sacks under cabbage bags containing 220 packs of crystal meth, weighing a combined 220 kg. Each pack had a "Guanyinwang" logo and a description indicating the content as "Refined Chinese tea".

Police estimated the market value of the discovery at 220 million baht and believe it was being transported from a neighbouring country in the North to the far South for further smuggling out to a third-party country. 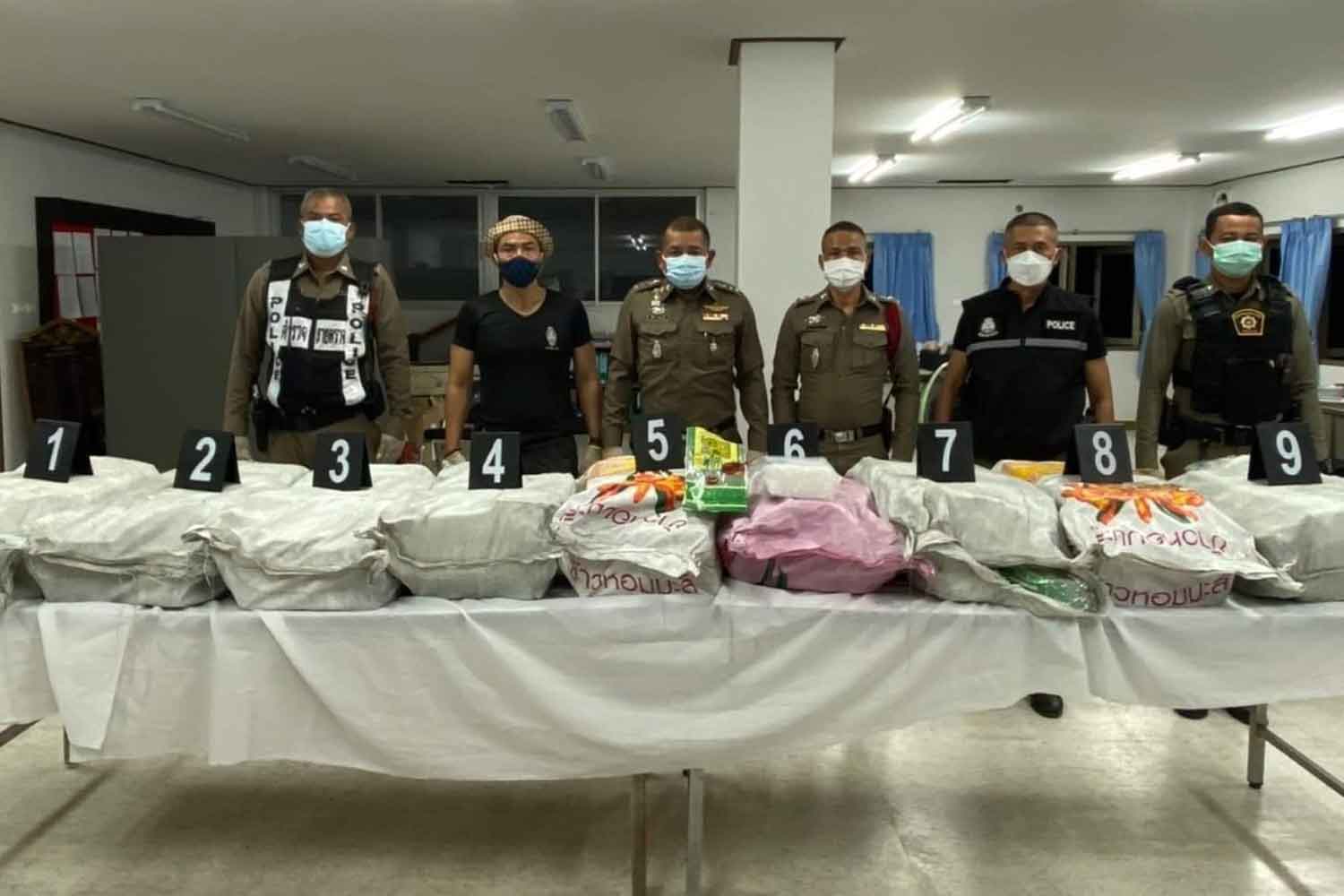