An official talks to the owner of the damaged house in Phitsanulok province on Friday, after a storm and gusty wind brought her house down on Thursday night. (Photo: Chinnawat Singha)

Thunderstorms with gusty wind and hail are forecast for the North, the Northeast, the Central Plains including Bangkok, and the East from today to Monday.

The Meteorological Department warned on Friday that the southerly and southeasterly winds prevailing over upper Thailand will strengthen until Monday, while a moderate high-pressure system from China will extend to the North and the Northeast from Sunday to Monday.

With these conditions, outbreaks of thunderstorms with gusty wind and hail are expected in the North, the Northeast, the Central Plains, including Bangkok and its vicinity, and the East, according to the agency's weather report.

People are advised to stay away from large trees, billboards and unsecured structures during this period.

Officials were surveying damage in other areas, he added.

In Phitsanulok, more than 50 houses in four tambons in Muang districts were damaged with roofs blown away when storms and heavy rain hit the areas on Thursday night.

In some areas, storms brought down some power poles and big trees.

In Nakhon Ratchasima, storms and gusty winds lashed out some areas in Bua Yai, Phimai and Kaeng Sanam Nang districts on Thursday evening.

Local authorities were surveying damage to houses and other structures in the affected areas. 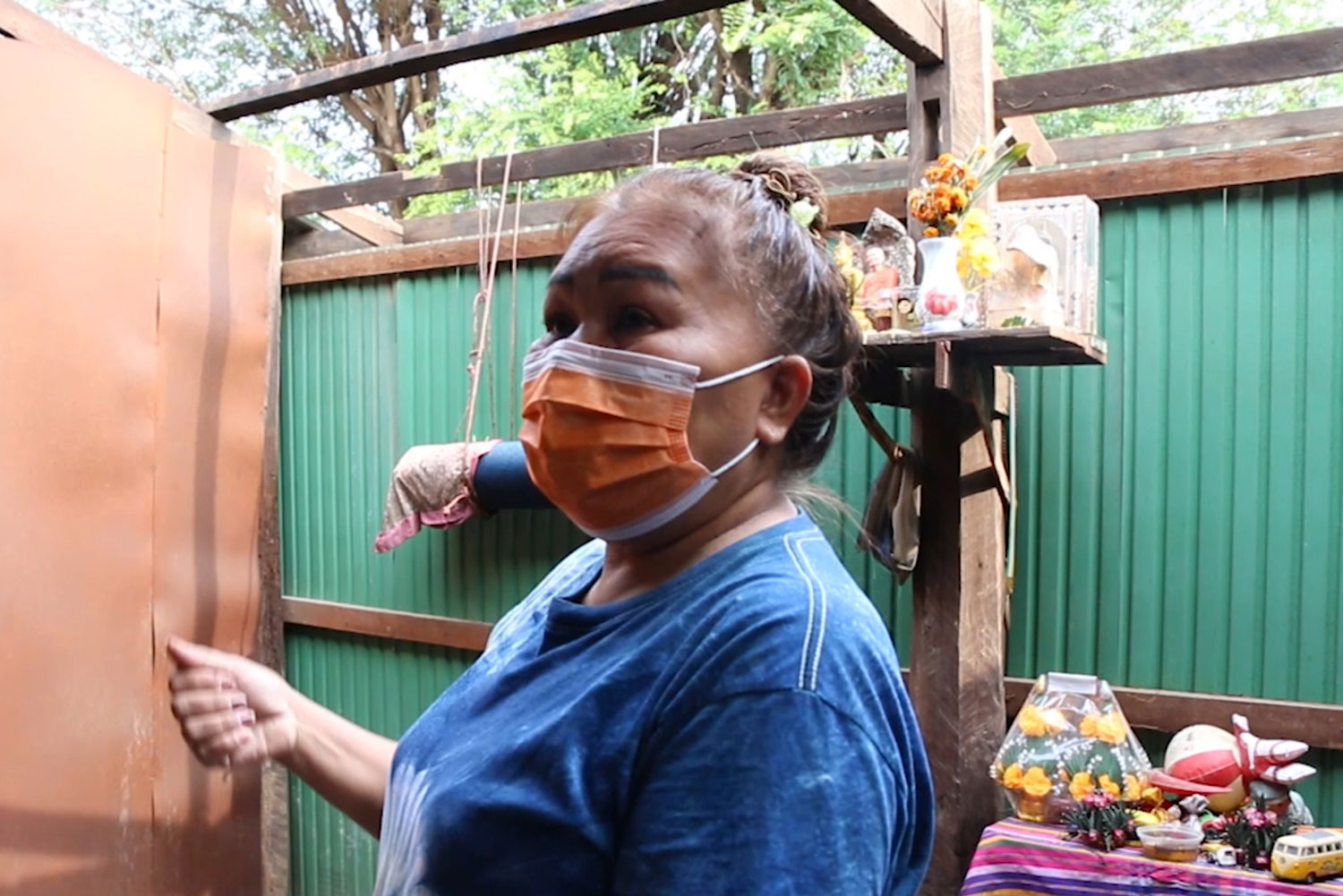 A woman stands in her house with no roof in Khon Kaen, after a storm blows it away on Thursday night. Some 200 houses in four districts of this northeastern provinces were damaged. (Photo: Chakrapan Natanri)