Forensic officers examine the body of a man who was shot dead in an attack on a pickup truck carrying illegal migrants in Muang district of Prachuap Khiri Khan province on Friday morning. (Photo: Chaiwat Sadyaem)

PRACHUAP KHIRI KHAN: Authorities are investigating an armed attack on a pickup truck carrying illegal migrants from Myanmar that left one man dead and three injured on Friday morning.

Police, forensic officers and a doctor called to the scene on Friday morning found a Toyota pickup truck with Phetchaburi licence plates parked on the road with bullet holes in its rear and front windshields.

A man was found dead in the bed of the vehicle with bullet wounds to his back and head.

Police also found 10 more migrant workers — six women and four men — hiding in the bushes nearby and gripped with fear.

According to the police investigation, the pickup had been contracted from a smuggling gang to pick up illegal migrants who had been in hiding in an oil palm plantation near the border in tambon Koh Lak for three days after illegally crossing into Thailand.

The pickup carrying the migrants arrived a community checkpoint around 4am on Friday and the driver sped off. This prompted officials manning the checkpoint to give chase.

Shortly afterward, the pickup was found abandoned along the road with one man shot dead and three others injured.

The other migrants told police that they heard four gunshots while on board the pickup. They crouched down on the floor of the vehicle while their compatriot rose up to see what was happening before being shot dead.

Investigators are examining video from security cameras at the checkpoint and along the route.

Thanon Phanphipas, chief of the Muang district office, said he went to the scene immediately after being alerted by the head of village Moo 8 in Koh Lak. The police investigation is continuing.

If any local leaders or officials manning the community checkpoint were involved, a fact-finding investigation would be launched, said Mr Thanon.

Thai media reported that the district chief was preparing to contact 15 people who were on duty at the Chong Sib Sop and Mahamphong road checkpoints along the route on Friday for questioning. 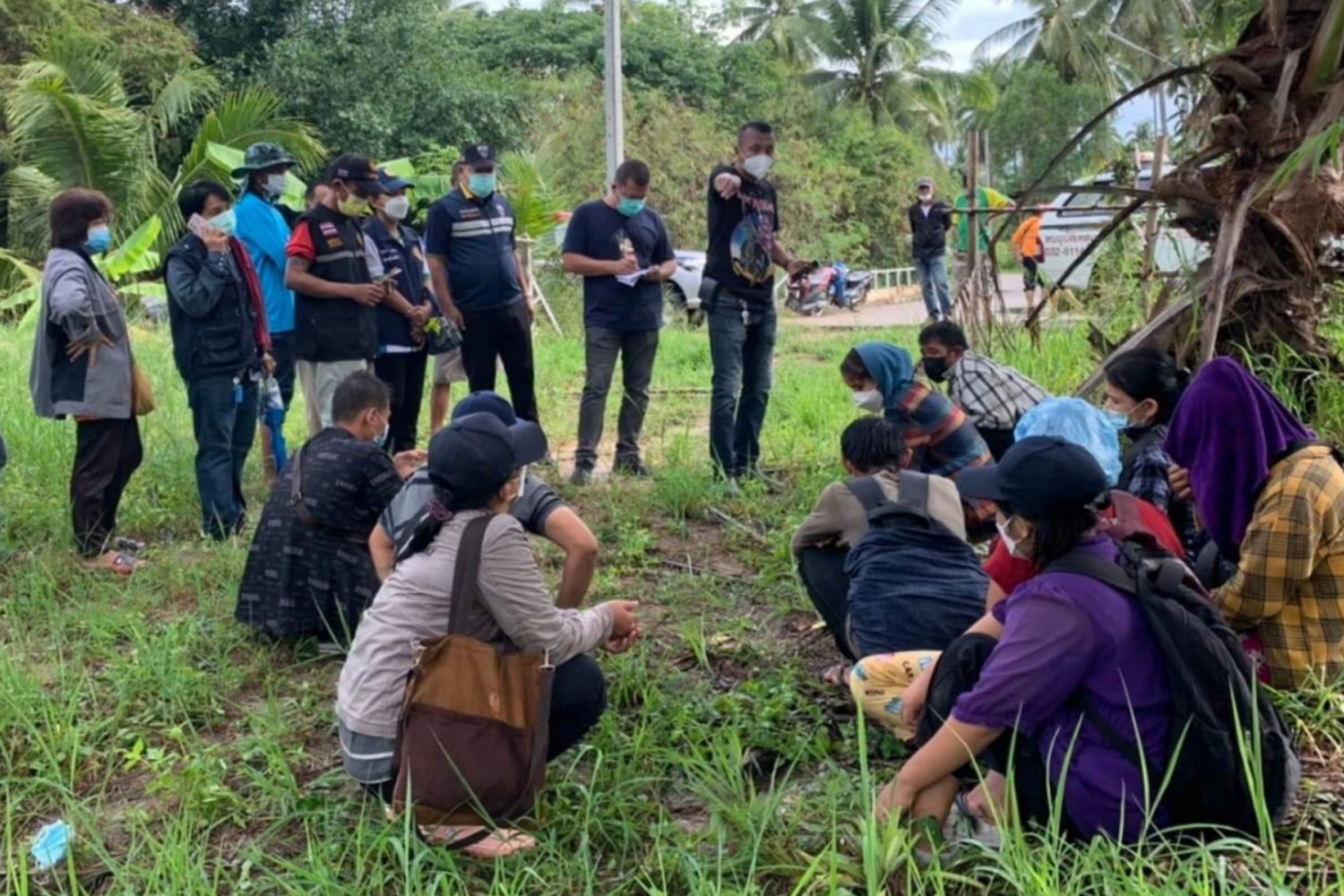