Major speed bust made in Phetchabun

A suspect points at packages containing speed pills and crystal methamphetamine during a raid on his house in Lom Sak district of Phetchabun. (Photo: Sunthorn Kongvarakhom)

PHETCHABUN: Two men have been arrested with more than 1.6 million speed pills and 30 kilogrammes of crystal methamphetamine and weapons seized in Lom Sak district of this lower northern province.

The duo have been charged with colluding to possess illicit drugs with intent to sell and illegal possession of firearms, said police. 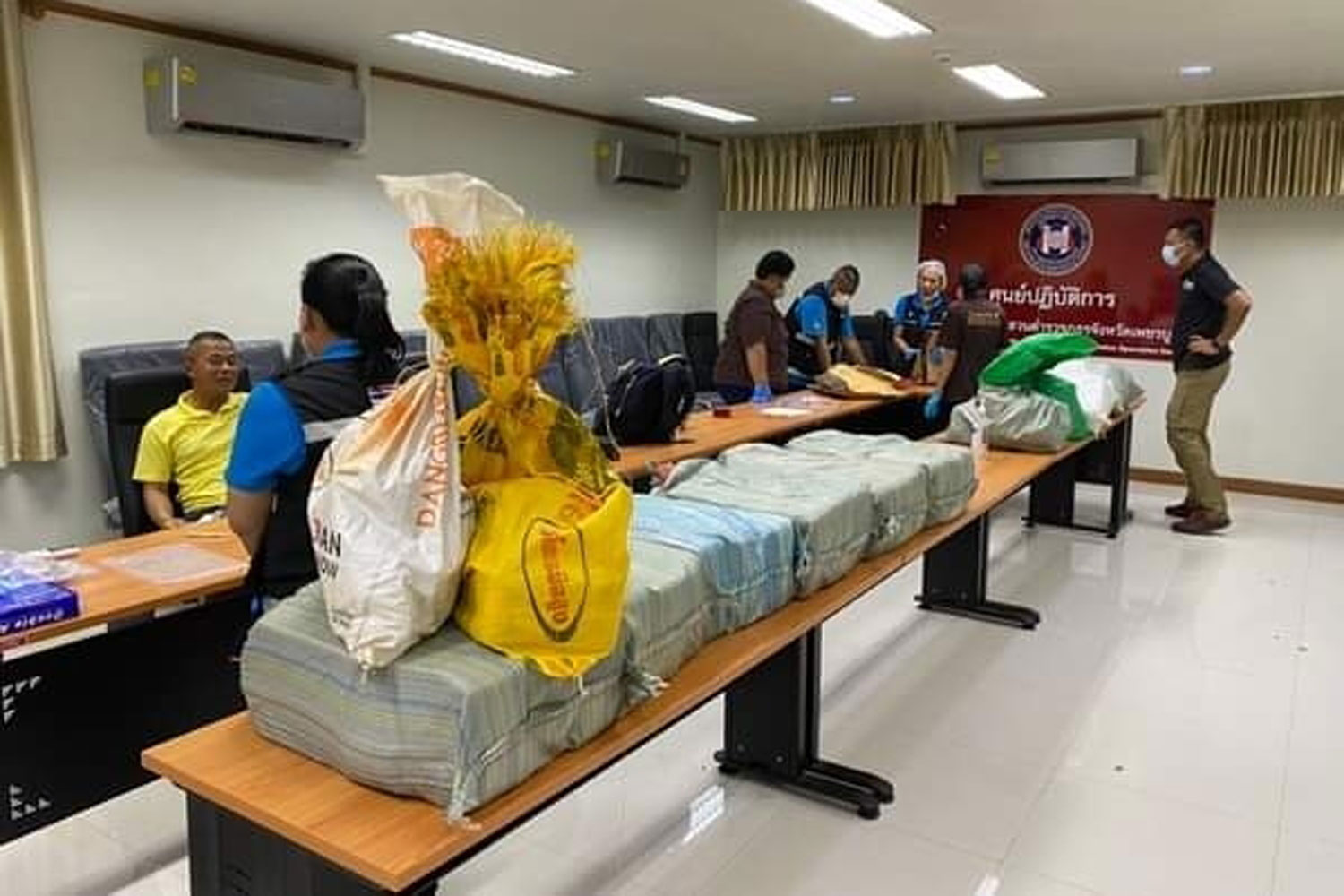