Deputy Prime Minister and Palang Paracharath Party (PPRP) leader Prawit Wongsuwon has put a halt to any plans by Thamanat Prompow, secretary-general of the Setthakij Thai Party, to have dinner with the opposition Pheu Thai Party.

Gen Prawit said he spoke to Capt Thamanat and persuaded him to focus his energy on working for the benefit of the public.

According to observers, the meeting was arranged to discuss a move to unseat Prime Minister Prayut Chan-o-cha during the no-confidence debate expected in late June or early July.

Setthakij Thai is home to 18 MPs, including Capt Thamanat, expelled from PPRP for not toeing the party line.

Yet Capt Thamanat reportedly remains steadfast in his loyalty to Gen Prawit, even though he was accused of being the mastermind of last year’s censure debate revolt against Gen Prayut. At the time, Capt Thamanat was PPRP secretary-general and seen as Gen Prawit’s right-hand man. 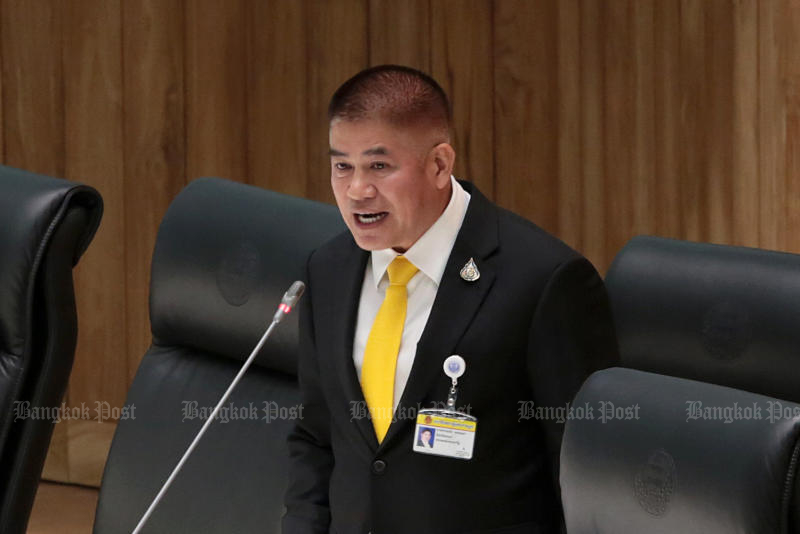 Boonsing Warinrak, a Setthakij Thai MP and party registrar, brushed aside reports the party has been involved in efforts to topple the government.

He said its 18 MPs would act in the country’s best interests and would not support any moves that could potentially harm the common good.

''The party secretary-general has emphasised the importance of constructive politics with the public benefit close to our hearts, Mr Boonsing said.

Deputy Prime Minister and Democrat Party leader Jurin Laksanawisit said that as a coalition partner his party was obliged to support the government in continuing to address an array of problems the country is facing, such as Covid-19 and economic issues.

''If we jump ship halfway through, this will only compound the problems. As a coalition partner, the Democrat Party will try its best to support the government,'' Mr Jurin said.

Bhumjaithai Party leader Anutin Charnvirakul, who is a deputy prime minister and public health minister, reaffirmed his party's suport for the government.

He also denied the party was approached to vote against Gen Prayut during the coming censure debate.

''We are ready to support the government and the prime minister when it comes to doing the right thing," Mr Anutin said.

Labour Minister Suchart Chomklin, a director of PPRP, said he had been assigned by the party to coordinate with small coalition parties. He said all MPs from small parties would vote in support of the government during the censure debate.