Their Majesties the King and Queen, accompanied by HRH Princess Bajrakitiyabha Narendiradebyavati, not seen in photo, preside over the Royal Ploughing Ceremony at Sanam Luang yesterday. (Photo By Royal Household Bureau)

Traditional soothsayers at the Royal Ploughing Ceremony at Sanam Luang have predicted that there will be sufficient water, abundant crops and a thriving economy this year.

Their Majesties the King and Queen presided over the 2022 Royal Ploughing Ceremony at Sanam Luang yesterday and Thursday which began with His Majesty King Maha Vajiralongkorn Phra Vajiraklaochaoyuhua marking the Royal Ploughing Day at the ordination hall of Wat Phra Sri Rattana Satsadaram by wishing for blessings for the kingdom's agricultural products. 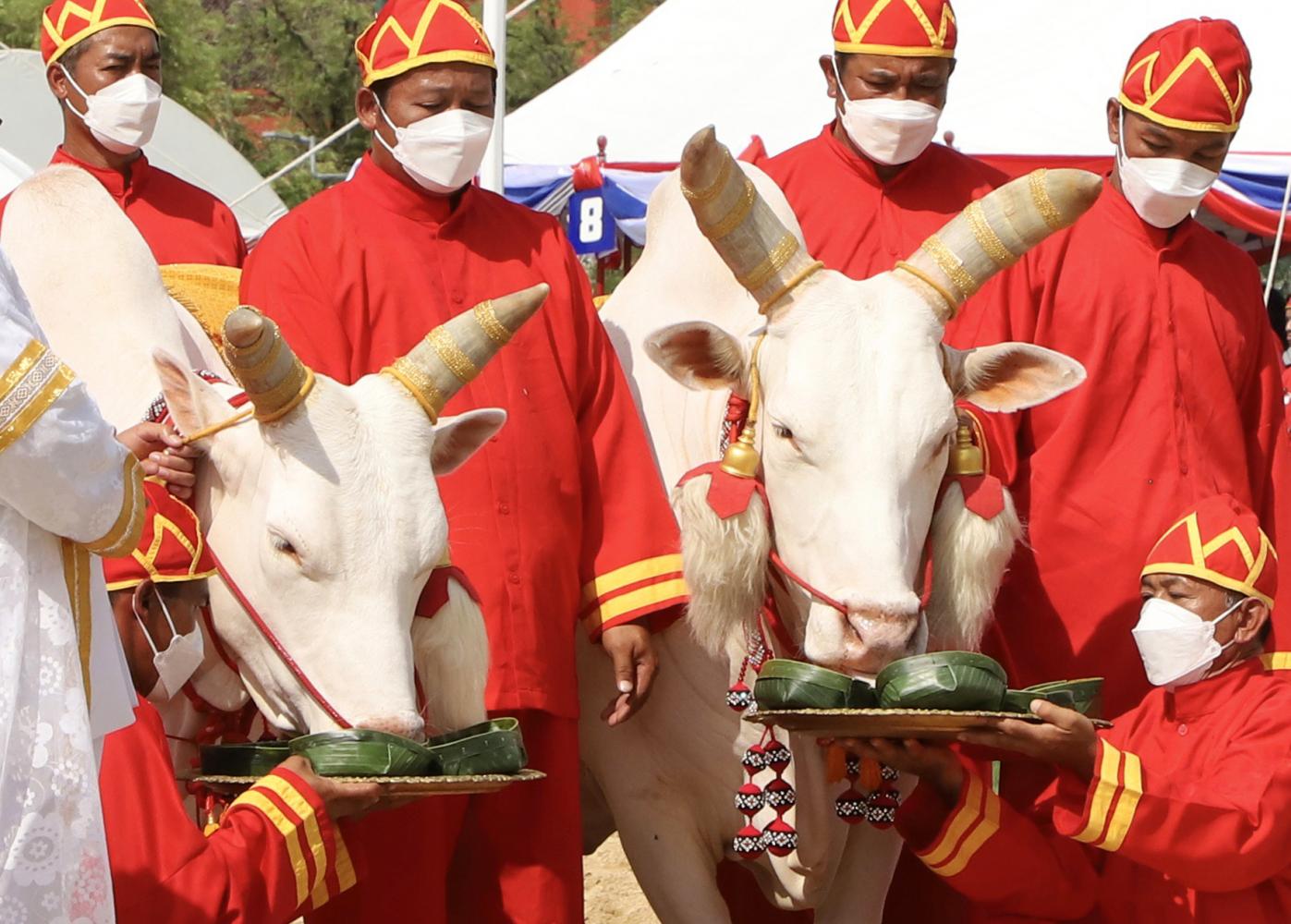 Two sacred oxen are offered seven choices of food and drink on which to base this year's predictions.

The Royal Ploughing Ceremony is influenced by Brahmin beliefs and marks the beginning of the rice cultivation season, a tradition that celebrates one of the most important sectors in Thai agriculture.

Somchuan Ratanamungklanon, the deputy director-general of the Ministry of Agriculture and Cooperatives, reported the prediction made by the Phraya Raek Na, or the Lord of the Ploughing Ceremony and sacred oxen.

Female officials from the Agricultural Land Reform Office and the Office of the Permanent Secretary for the Ministry of Agriculture and Cooperatives and Department of Livestock Development joined as consecrated women carrying gold and silver baskets filled with royally sponsored rice seeds that the Lord of the Plough had sowed.

Phraya Raek Na chose a piece of folded cloth with a length of four kueb (about 100cm), forecasting sufficient water and floods in some areas that could harm crops and paddy fields.

After the Royal Ploughing Ceremony ended, members of the public who were observing entered the Sanam Luang area to collect royally sponsored rice seeds and auspicious types of trees. 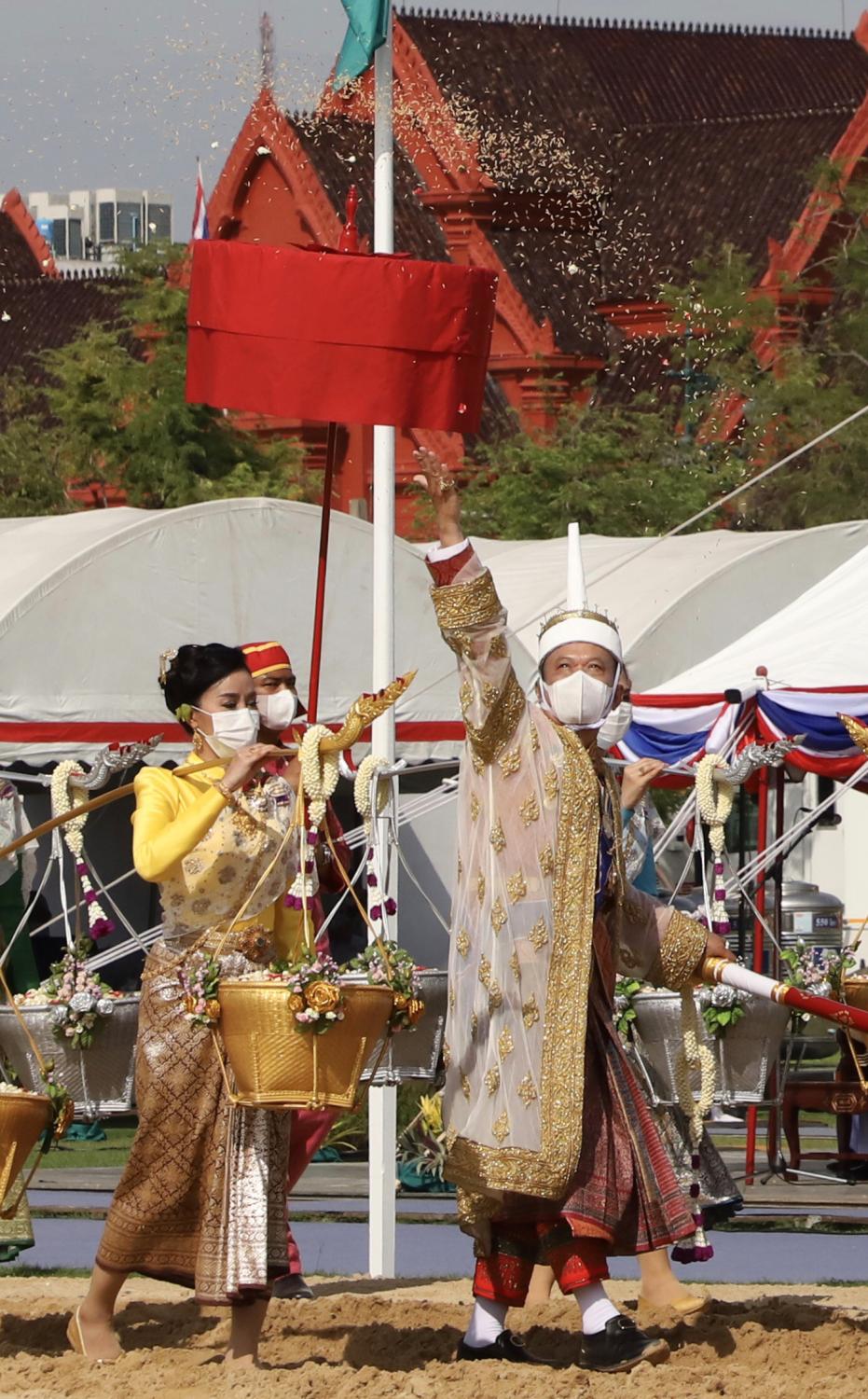 Agriculture and Cooperatives permanent secretary Thongplew Kongjun, as the 'Phraya Raek Na', or the Lord of the Plough, scatters seeds at Sanam Luang.