The country registered 6,094 more Covid-19 cases - the fewest since Jan 6 - and 51 new fatalities during the previous 24 hours, the Public Health Ministry announced on Sunday morning.

This compared with 6,736 new cases and 54 coronavirus-related fatalities reported on Saturday morning.

Saturday’s figures did not include 4,356 positive results from antigen tests over the past 24 hours. This would raise the total to 10,420.

As of Saturday, a total of 70,775 people were receiving Covid-19 treatment, including 25,527 in hospitals. The remainder included 9,251 in hospitel facilities/field hospitals and 35,603 in home/community isolation, according to the daily update posted by the Department of Disease Control.

Of those in hospital, 1,304 were seriously ill patients with lung inflammation and 643 dependent on ventilators.

Of the seriously ill patients, Bangkok had the most cases at 127, followed by 79 in Nakhon Ratchasima, 61 in Ubon Ratchathani, 49 in Udon Thani and 43 in Suphan Buri.

All but two of the 6.094 cases announced Sunday were transmitted inside Thailand. The two imported cases came from Australia and Taiwan. 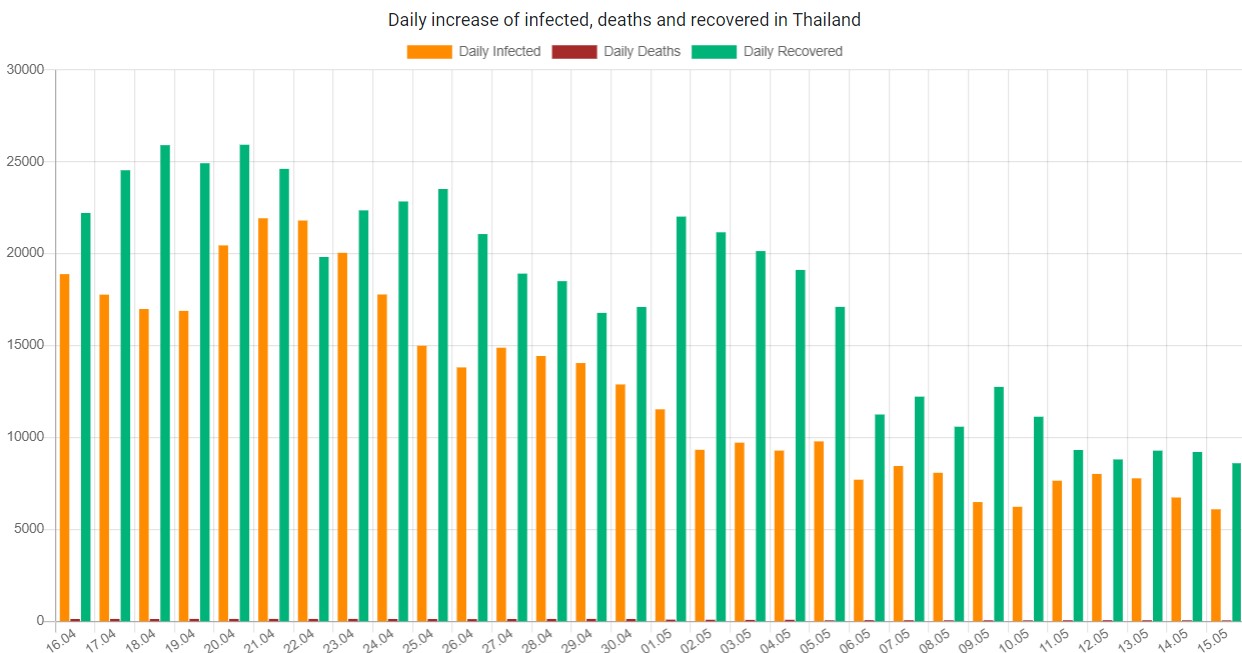 Bangkok logged three new deaths and there were none in adjacent provinces.

Other central plains provinces further from the capital had 12 deaths — four in Chon Buri, two each in Lop Buri and Uthai Thani, and one each in Saraburi, Samut Songkhram, Prachin Buri and Kanchanaburi.

The North reported 12 deaths — three each in Chiang Mai and Kampaeng Phet, two in Sukhothai and one each in Pichit, Uttaradit, Phayao and Nan.

The Northeast saw 22 new fatalities — four in Khon Kaen, three each in Udon Thani, Si Sa Ket and Yosothon, two each in Ubon Ratchathani, Kalasin and Maha Sarakham, and one each in Nakhon Ratchasima, Loei and Roi Et.

The South had two deaths in Nakhon Si Thammarat and Chumphon.

Vaccinations continued to progress, with 135.59 million doses administered as of Saturday. The government said 81.3% of the population has now received at least one dose of the vaccine, 74.7% at least two shots and 39.0% at least one booster shot.

On Saturday, 8,601 Covid-19 patients were discharged from hospitals after recovering from the coronavirus.

The accumulated death toll stood at 2,9472 since the beginning of the pandemic, including 7,774 so far this year. 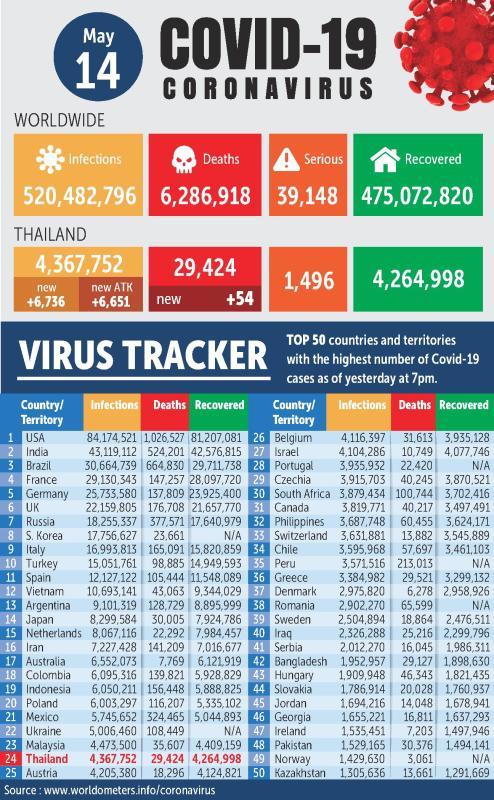