Governor candidates urged to spell out stance on crime,

Candidates for the post of Bangkok governor have been urged to focus on the capital's safety and crime prevention, as the Metropolitan Police Bureau (MPB) said that in light of the Covid-19 pandemic, economic difficulties are leading to a higher crime rate in Bangkok. 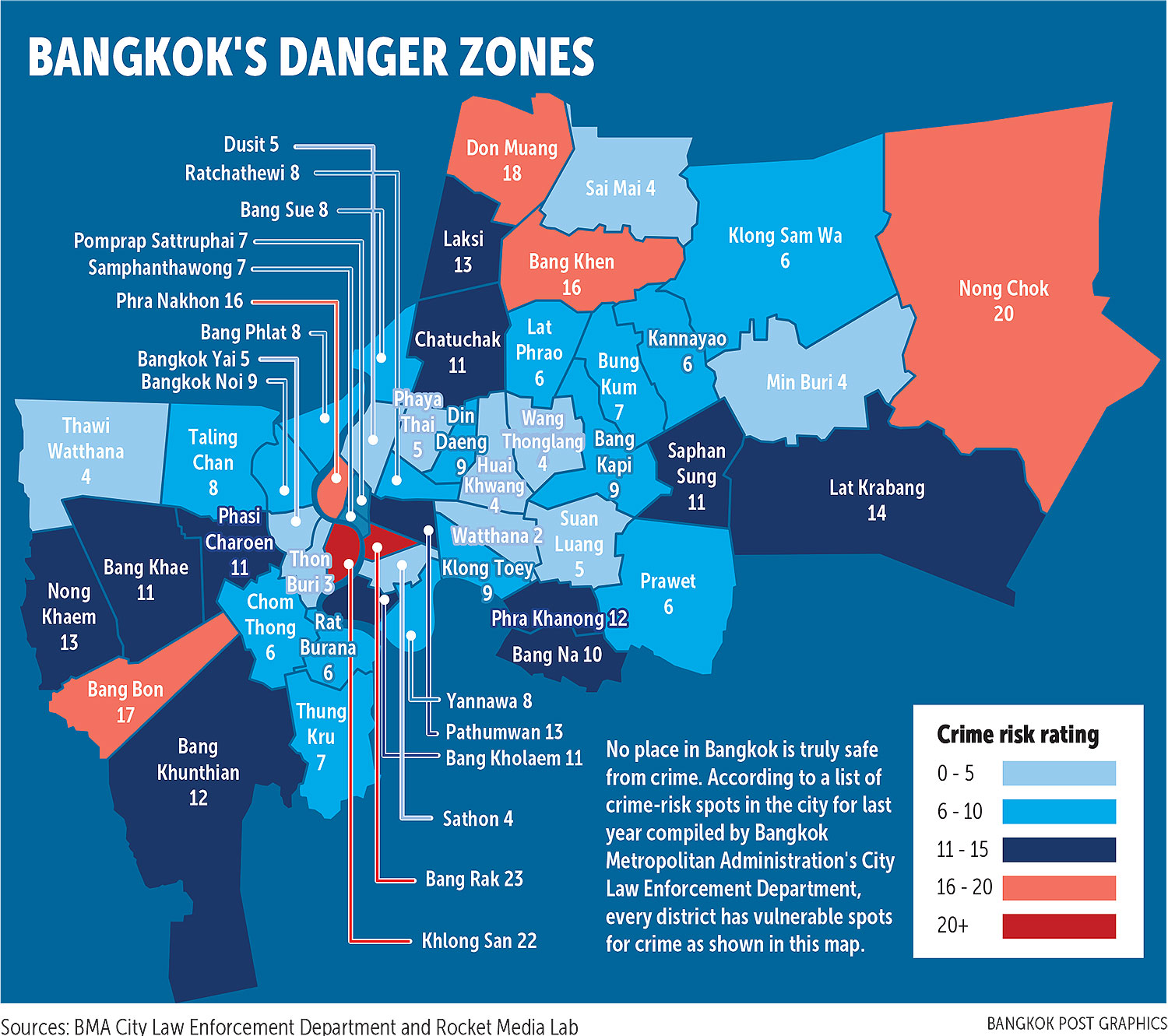 To cut crime, the new Bangkok governor not only must have clear policies on crime prevention and public safety but also will need to work closely with the MPB and Central Investigation Bureau to ease the police force's burden on securing public safety.

"We have noticed that during the economic downturn after the Covid-19 pandemic, crime has been rising in the capital, notably robbery and fraud. Nevertheless, the figures show that street crimes have declined in the past few months," Pol Maj Gen Rungroj Thakoonpunyasiri, deputy commissioner of the MPB, said.

"Despite the capital having 22,000 police, officers are overwhelmed with crime cases, along with their other duties. The police force is divided into 20 company units handling various duties including security matters, special missions, crime suppression, traffic management and investigation, as well as riot control." 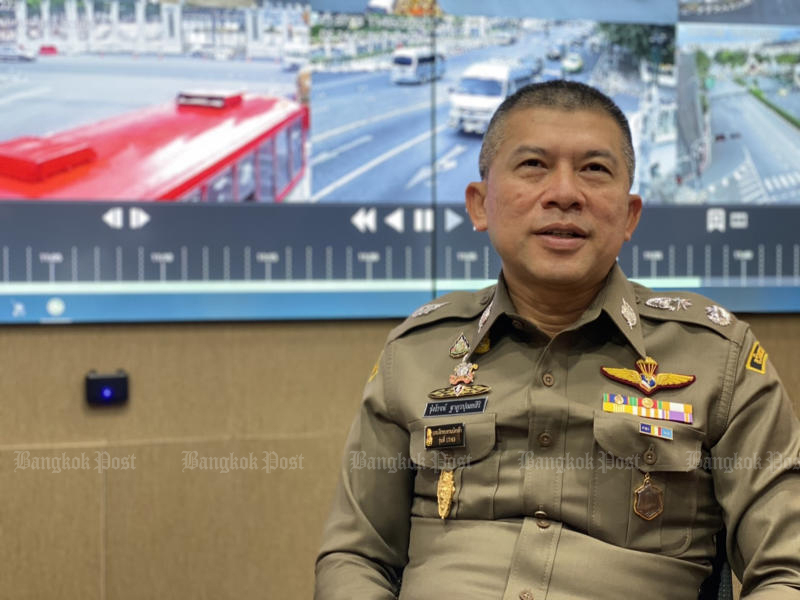 Pol Maj Gen Rungroj said police have changed tactics to ensure safety in the capital. Nowadays, suburban police have been asked to help beef up inspection across the capital in community and in certain economic zones, particularly in the middle of the night, to help cut the crime rate in the city.

Regarding the upcoming Bangkok gubernatorial election, Pol Maj Gen Rungroj said a total of 12,097 police have prepared their forces to ensure safety at election sites across the city.

More than 6,700 border patrol police and provincial police around the capital have been requested for reinforcement.

In addition, CCTV cameras have been set up around at-risk areas, in addition to more street lighting.

Although police have coordinated with the Bangkok Metropolitan Administration (BMA) to combat crime in risk-prone areas, cybercrimes including online fraud and dissemination of fake news are likely to increase.

However, metropolitan police have concerns about the campaigns of candidates for the Bangkok governor election as most are emphasising flooding cures and waste management issues instead of focussing on safety and crime.

The Public Assembly Act clearly stipulates that gatherings must be held at a certain distance away from important sites.

Regarding the Asia-Pacific Economic Cooperation (Apec) Summit this year, people may gather to demonstrate, so the BMA may provide an area, probably Lumpini Park, to ensure the safety of attendees and maintain traffic flow.

Aside from public gatherings, Pol Maj Gen Rungroj expressed concerns about homeless people, as they make the city look unsafe. Areas should be set aside for them to ease the burden on police.

"When looking into other countries like Singapore, Japan and the City of Dubai in United Arab Emirates, their streets are safe for children and women, with hefty penalties against wrongdoers," he said. "These are things the city should do."

Meanwhile, Pol Lt Col Krisanaphong Poothakool, assistant to the president and chairman of the Faculty of Criminology and Justice Administration at Rangsit University, said crime issues are commonly seen in big cities where many tourists visit.

Safety protocols are necessary to provide people protection against crimes such as robbery and sexual assault.

He said candidates lack clear policies on crime, while the installation of CCTV and increasing street lighting are basic matters the governor should implement to support police.

The governor should work with police to root out crime the way large cities in other countries do.

Pol Lt Col Krisanaphong said it is unclear how candidates will support the work of police. For an instance, city inspectors, known as thetsakit, cannot tell how they can support police as their tasks mainly focus on environment and pavement management.

"I think the BMA may recruit volunteers to work with inspection and metropolitan police," said Pol Lt Col Krisanaphong.

The Bangkok governor must closely work with the MPB and Central Investigation Bureau to halt the rise in crime, especially as the country reopens.

In addition, cooperation among communities in the capital is required to help boost safety. But these communities may also have drug issues.

The development of a CCTV system is another way the Bangkok governor can help support police, Pol Lt Col Krisanaphong said.

In addition, pedestrian overcrossings were found to be the most at-risk among crime-prone areas in public areas with 57 spots, while others were small alleys, roads and public parks at 55, 44 and 37 spots respectively.