Gen Wallop Raksanoh, the head of a government team negotiating peace in the deep South, admitted that when he assumed the role, he was not sure whether he could measure up to the challenges that lie ahead.

"When I retired as the secretary-general of the National Security Council (NSC) in 2019, Prime Minister Prayut Chan-o-cha told me that he wanted me to take on the role as the leader of the peace talks team. I accepted it without delay,'' Gen Wallop said.

"Initially, I was worried whether I could live up to expectations because I had never been part of the peace negotiation team. I only coordinated with the peace talks team when I served as the NSC secretary-general," Gen Wallop said.

However, he said he decided to take the job and was ready to rise to the challenge as this would be an opportunity for him to be part of the efforts to restore peace to the deep South which has been plagued with insurgency for almost 20 years.

After graduation, he began his military career at the 104th Artillery Battalion in Phitsanulok and then rose through ranks at the army's Directorate of Operations before being appointed as its chief. 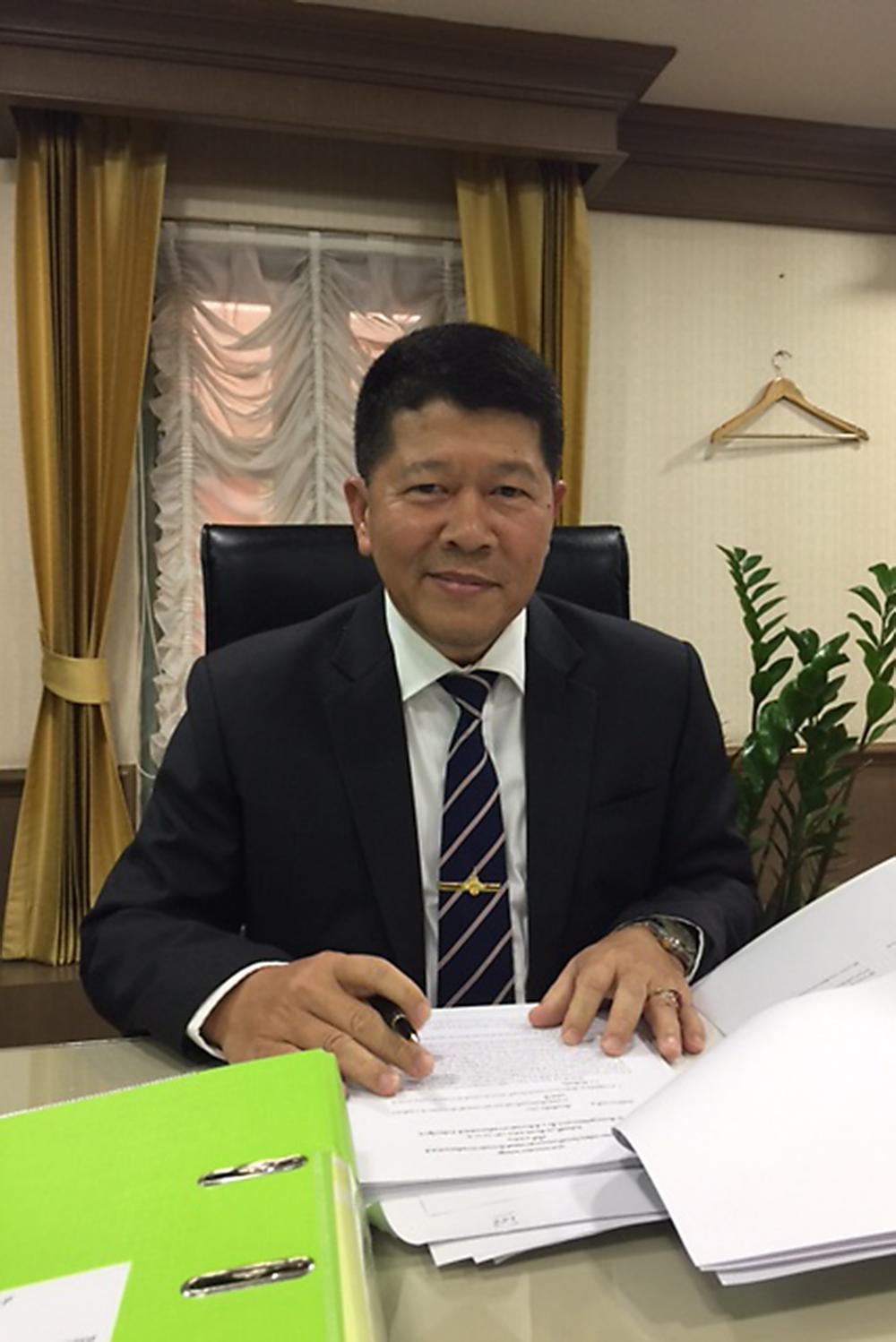 He was then transferred to become director of the Defence Ministry's Office of Policy and Planning before serving as the NSC secretary-general for two years.

Since the insurgency reignited in 2004, more than 7,000 people have been killed and 13,500 others injured in violence across the deep South including Narathiwat, Pattani and Yala, according to Deep South Watch, a local think-tank.

Gen Wallop said the Thai peace negotiators expect to secure a long-lasting ceasefire agreement with insurgent groups by the end of this year.

Aside from an attack in Pattani's Sai Buri district which killed one civilian and injured three police on April 15, the holy fasting month of Ramadan was relatively peaceful, as was agreed in previous talks, Gen Wallop said.

He said the attack during Ramadan was perpetrated by an insurgent group other than the Barisan Revolusi Nasional (BRN), which has been involved in the talks.

A ceasefire during this year's Ramadan which ran from April 3 to May 2, with a further extension until May 14, was agreed to by the BRN as a condition for continuing the negotiations.

The bomb attack carried out on April 15 was believed to be the work of a group under the Patani United Liberation Organisation (Pulo).

Pulo, a part of Mara Patani -- an umbrella organisation of Malay-Muslim separatist fronts from southern Thailand -- was not included in the most recent rounds of talks.

The latest talks in Kuala Lumpur from March 31 to April 1 featured the Thai government team and the BRN.

This shows that BRN honoured the agreement to ensure no unrest took place during Ramadan and bodes well for progress in the negotiations and rekindles hopes for peace in the southern region, according to observers.

During Ramadan, the forward headquarters of Internal Security Operation Command Region 4 also suspended law enforcement against suspected insurgents by not carrying out raids on their houses while arrest warrants for suspects and their photos put up at security checkpoints were also taken down temporarily, as was agreed in the talks.

Muslim insurgents were also allowed to return to Thailand without the fear of arrest to visit their families and attend religious activities during Ramadan.

As the head of the peace talks team, Gen Wallop has expressed optimism about the chances of success in achieving a permanent ceasefire ending all hostilities and violence.

"At first, I was anxious. I was monitoring the situation closely to see if any violence broke out after a ceasefire agreement with BRN," Gen Wallop said.

"As things turned out, Ramadan was a month of peace and calm which contributed to further peace talks," he said.

Gen Wallop said the Thai side is ready to hold talks with all separatist groups including Pulo, but the Thai peace talks team has to wait for them to reach an agreement among themselves as to which group will take part in negotiations.

He also said that one of the major reasons why no violent incidents took place was probably because Deng Awaeji, a core member of the fighting wing of the BRN, came to the latest talks for the first time, which was taken as a sign of the growing trust between the two sides.

"To begin with, we proposed a temporary ceasefire during Ramadan [from April 3 to May 2], but BRN wanted it to be extended until May 14 [which was agreed to by the two sides]," Gen Wallop said.

Gen Wallop said the Thai negotiators are determined to go ahead with peace talks to achieve a permanent ceasefire with insurgent groups by the end of this year.

A joint working group will hold informal talks this month before the negotiation teams will hold a formal round of talks between June and August to discuss a further ceasefire to end violence.

Moreover, feedback from local people who want peace will also be discussed during the talks, Gen Wallop said.

The Thai negotiators hope that the outcome of future rounds of talks will help restore peace in the region, he said.

"The government and the Thai peace talks team hope to involve local people and all sides in the peace process. In the future, they may also be allowed to take part in several mechanisms designed to find peaceful solutions," he said.