SURIN: Three members of a family were killed, one a pregnant woman, and another seriously hurt when their car rear-ended a parked truck loaded with asphalt in Sangkha district on Tuesday.

Police and rescue workers who rushed to the scene found a crashed Honda City with Ubon Ratchathani licence plates, its crumpled front wedged under the back of an asphalt truck with Surin licence plates.

Three people were killed and another person seriously injured. They were all trapped inside the wreckage. The injured man was taken to Sangkha Hospital.

Police said the four were members of the same family and were returning to their home in Ubon Ratchathani from Bangkok. They suspected that the driver fell asleep. The investigation was continuing. 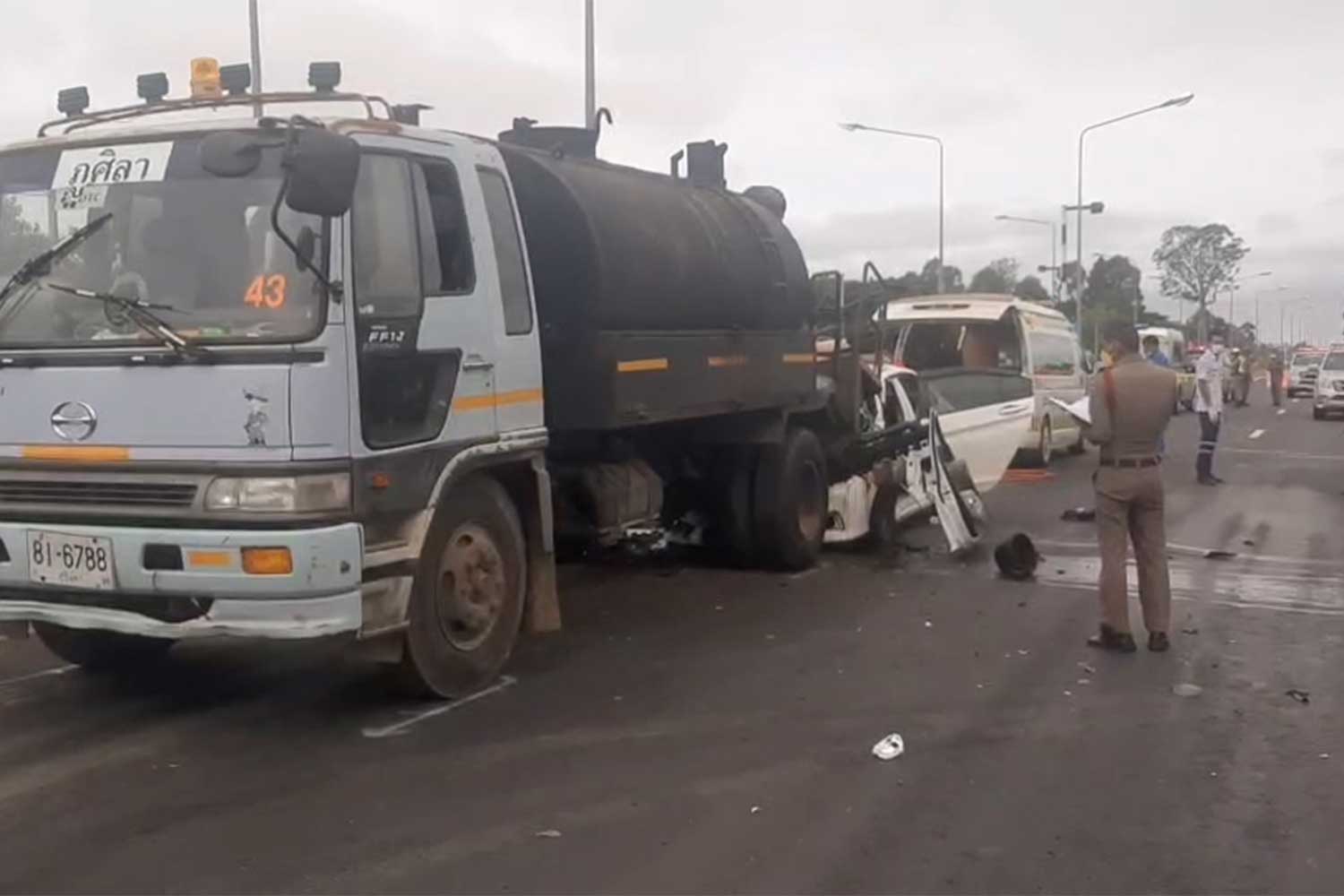