A repatriation ceremony is held at U-Tapao International Airport on Wednesday for the remains of a World War II airman whose patrol aircraft crashed in Lampang more than 70 years ago. (Photo: Arnun Chonmahatrakool)

The ceremony was attended by acting deputy chief of mission James Wayman, US embassy staff, former Air Chief Marshal Sakpinit Phromthep of the Royal Thai Air Force and members of the Thai government.

Specialists arrived several months ago from the US Defense Prisoner of War/Missing in Action Accounting Agency's (DPAA) Hawaii headquarters to conduct the search mission for the aircraft and the airman's remains.

Mr Wayman said the ceremony was the culmination of a three-year mission, conducted in partnership with the government and Ban Mae Kua villagers in Sop Prap district of Lampang province, where the airman, along with his P-38 aircraft, is believed to have gone down 78 years ago.

He said it was the first successful recovery operation in Thailand in more than two decades, which would not have been possible without support from the Thai government and local people who helped to find the remains of the fallen hero.

“This operation represents the exceptional teamwork between Thai and American officials, along with a long history of cooperation that exists between our two governments. This shared mission serves as the foundation of cooperation between us, providing countless opportunities to learn about, trust, and work with each other,” he added.

The recovered remains were being kept in a wooden box which was placed inside a transfer case covered with the US flag.

The remains will be sent to the DPAA laboratory in Honolulu, Hawaii for further analysis. If a positive identification is made based on the material collected, family members of the US servicemen will be notified and they will be given the opportunity to hold a funeral with full military honours.

“The family of this service member has waited a long time and we thank the Thai government and its people, for their assistance, which will help provide closure to the family,” he added.

The DPPA conducts investigation and recovery efforts in Asia and Europe to provide the fullest possible accounting for missing US personnel to their families and the nation. Some 81,600 American personnel are still unaccounted for from past conflicts.

During the final step of the repatriation ceremony, an officer in charge gave the command: “Escort him home, captain.”

The repatriation team marched back onto the aircraft and the flight crew prepared the aircraft for departure. 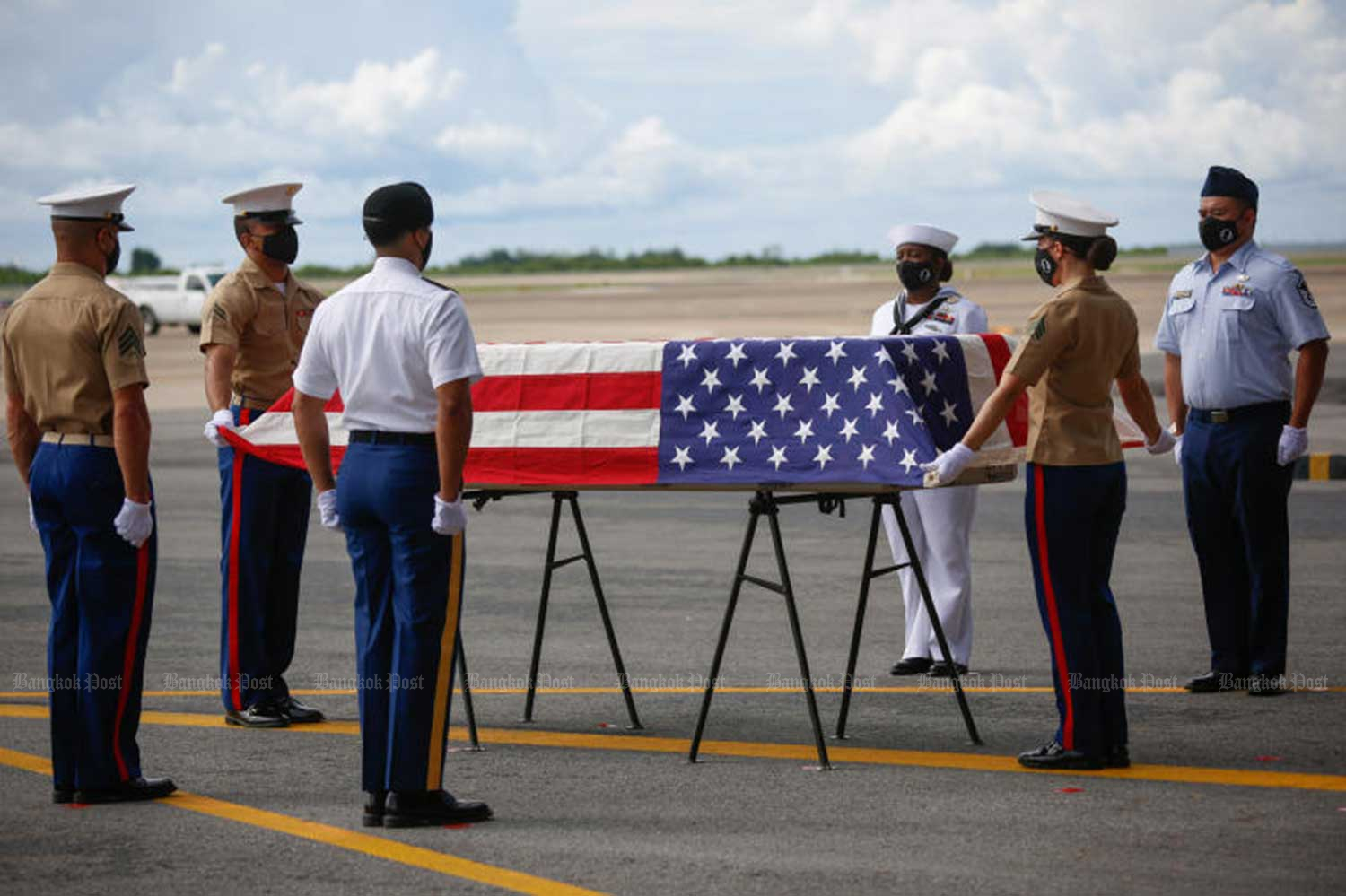 The recovered remains,  in a wooden box, were placed inside a transfer case covered with the US flag. (Photo: Arnun Chonmahatrakool) 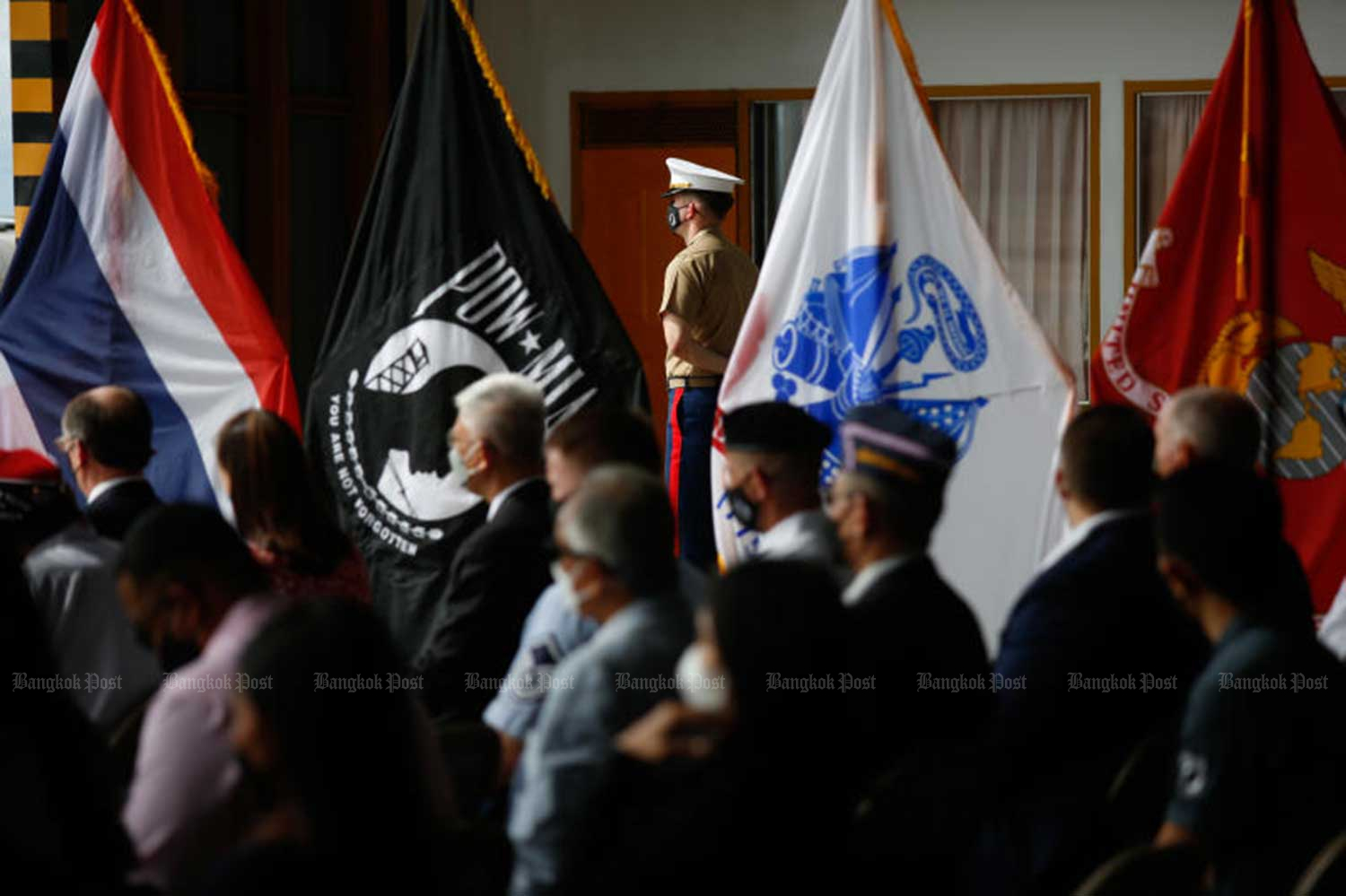 PATTANI: A man was found dead inside a house where he was hiding after exchanging gunshots with police and soldiers in Muang district early on Tuesday, police said.