The megapolis is preparing for its first governor poll in almost a decade on Sunday in the first significant election since youth-led pro-democracy rallies in 2020.

The Australian actor -- who regaled his 2.7 million Twitter followers with his Bangkok adventures while filming Vietnam War-era drama "The Greatest Beer Run Ever" -- beamed into Thailand's Channel 7 daily current affairs programme "The Discussion".

"Sa wat dee krap," Crowe said, using the Thai greeting for hello and bowing with his palms, before launching into his questions for the candidates.

He queried them on plans to mitigate the regular threat of flooding in Bangkok and make the city more "friendly to tourists".

He also asked how they would make "beautiful Bangkok even more beautiful?"

During his time in the city, Crowe photographed the notorious tangle of overhead cables -- which led to Prime Minister Prayut Chan-o-cha ordering local officials to fast-track efforts to put the wiring underground.

"What are your thoughts on visible power lines?" he also asked the candidates. 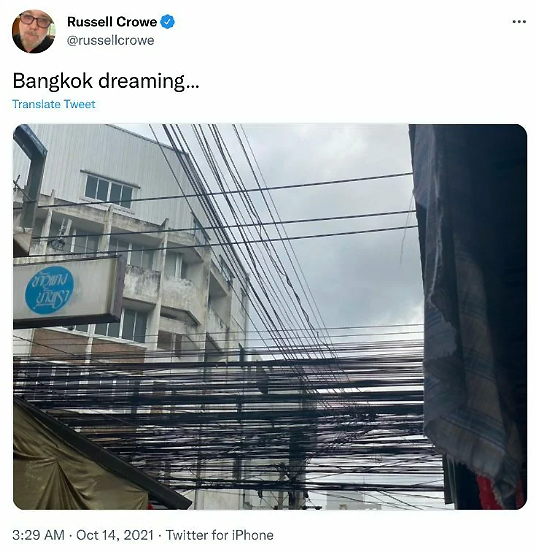 The 58-year-old Oscar winner posted about getting lost, making friends with a metre-long monitor lizard, bike riding along the river, and admiring the city's "fascinating skyline".