A large water pump crippled by a stray monitor lizard that got stuck inside it has been blamed for widespread flooding in Bang Khen, one of the worst-hit districts following heavy downpours this week, says district director Pisamai Ruengsilp.

Heavy floods occurred around the Bang Khen roundabout and adjacent areas from Tuesday morning until Wednesday.

Traffic was at a standstill in many areas in northern Bangkok inundated by flooding during the morning rush hour on Tuesday when the new school term opened.

Chaotic scenes were reported on flooded sections of Ratchadaphisek and Phahon Yothin roads as well as zones straddling Bang Sue and Chatuchak districts.

At the water station covering those areas, four large water pumps either shut down every 15 minutes or stopped working altogether.

A fast-deployment repair team found a monitor lizard was stuck inside one of the pumps, halting its operations. The team fixed the problem and restored the pump.

Rujira Mahaprom, a specialist at Save Wildlife Thailand, said monitor lizards can often be found around water. One may have entered the pump looking for a place or hide. The animals find easy passage in Bangkok's extensive water-drainage network.

"It's no easy task preventing monitor lizards from getting into the pumps," he said.

Even with the wire mesh installed at the mouths of the drainage system, small lizards can wriggle their way through, Mr Rujira said. 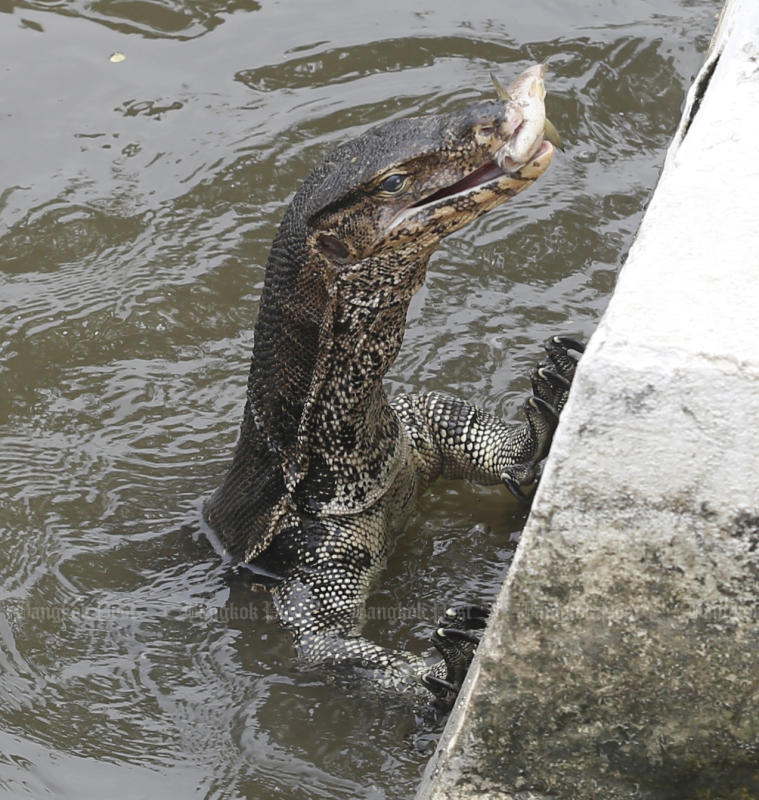