Rescuers give first aid to the woman who was stabbed by her husband in the neck and the back on a Bangkok-Surin passenger train in Sikhiu district of Nakhon Ratchasima on Thursday evening. (Photo: Prasit Tangprasert)

The woman suffered three deep stab wounds, on her back and neck.

Police and rescue workers called to the train found Ratchanok Yimsa-ngob, 31, lying on a passenger seat with three stab wounds, to her neck and her back. She was still conscious. The rescue team gave her first aid before taking her to Sikhiu Hospital.

The victim's husband, Arun Parito, was detained by train staff shortly after the attack and was handed over to police.

Pol Lt Nisachon said Mr Arun and Ms Ratchanok had decided to go and live with her grandmother in Chakkarat district of Nakhon Ratchasima. The couple boarded the train at Sab Muang station in Pak Chong district, heading to Jira station in this northeastern province, where they were to  take a bus to the grandmother’s house.

On the way, they had a quarrel. Mr Arun thought his wife was romantically involved with another man. The quarrel became heated and Mr Arun became very angry.

Witnesses told police he took a knife from her bag and stabbed her twice in the back and once in her neck. She fell bleeding from her seat to the carriage floor in full view of shocked passengers.

The attacker was retained and held by train staff. Police later took him to Sikhiu police station for questioning and legal action.

A source said the woman was critically wounded, with the knife left in her neck. She was transferred from Sikhiu Hospital to Maharat Nakhon Ratchasima Hospital for urgent surgery to remove the knife.

Mr Arun was being held in custody at Sikhiu police station. Police said he would be charged with attempted murder. He was due to appear in the provincial court on Friday afternoon. 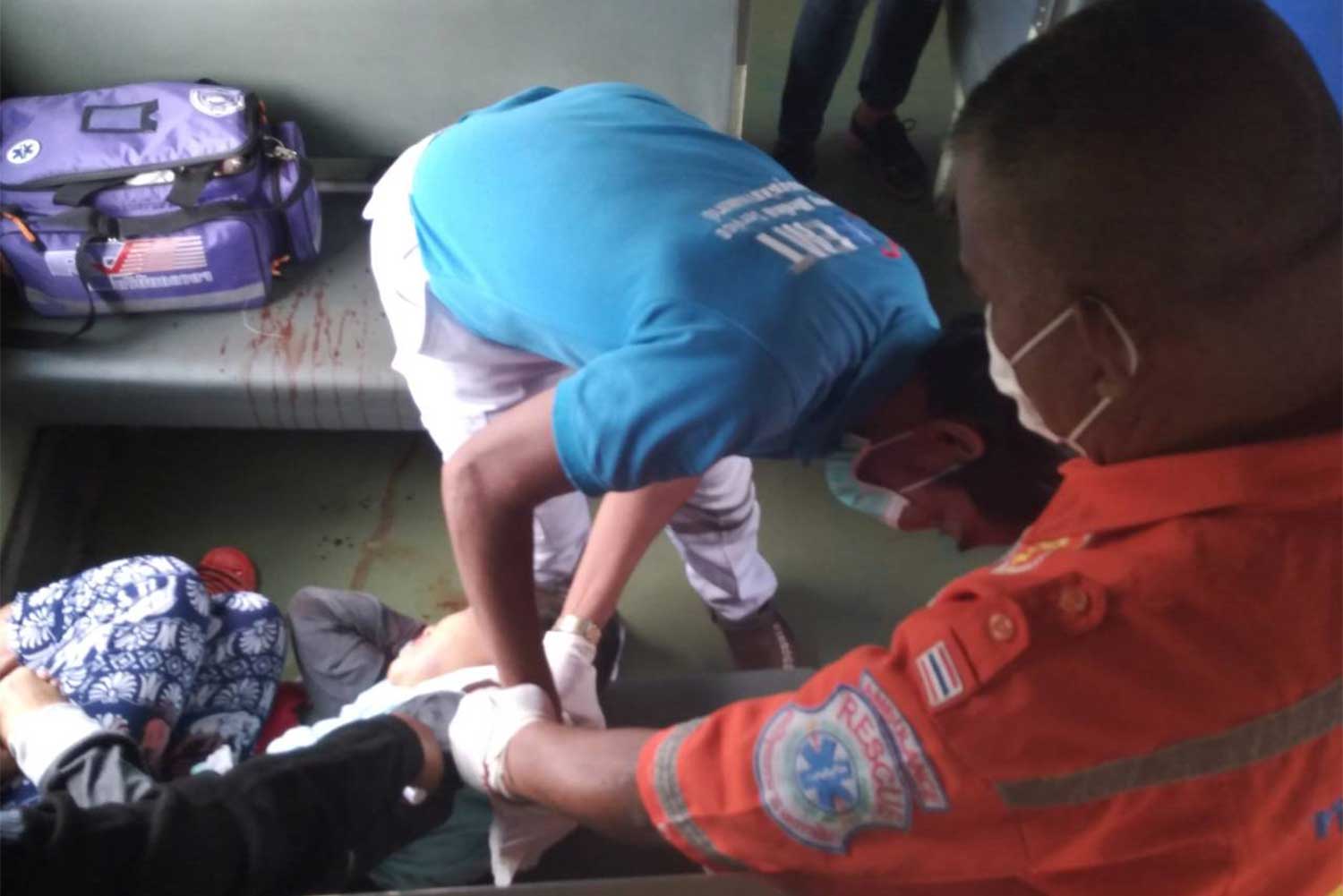 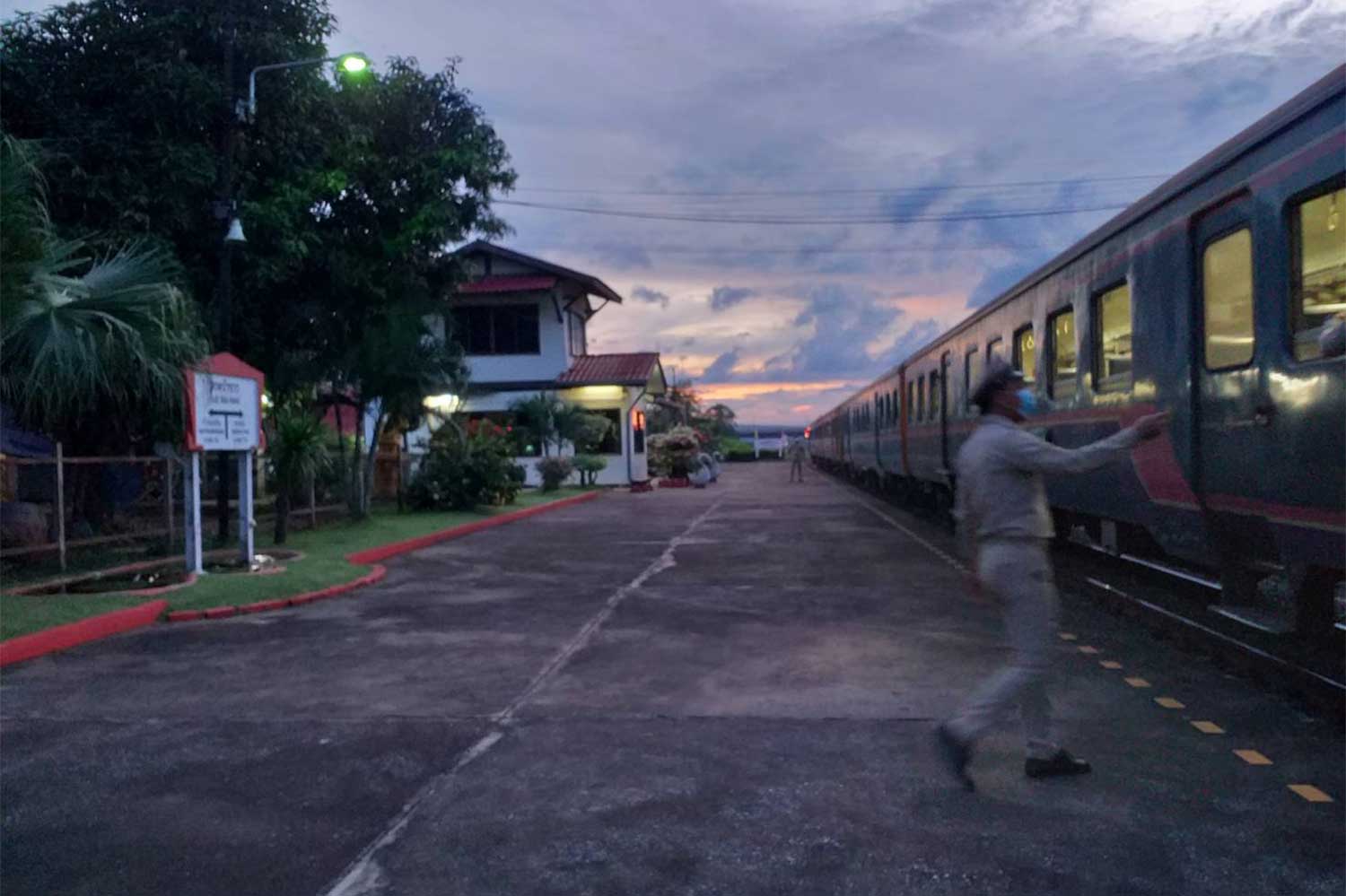