The 20 Myanmar nationals are led away from the dirt track where they were arrested, near the Malaysian border in Sadao district, Songkhla province, early Friday morning. (Photo: Assawin Pakkawan)

A patrol of soldiers, border patrol police and local officials spotted the group near Thai Janglon village in tambon Sanak Kham around 1am.

There were 18 men and two women. All were Myanmar nationals and none had travel documents.

During questioning, the migrants said they had travelled from various townships in Myanmar, expecting to get work in Malaysia. They had paid 37,000 baht each to a job broker in Myanmar, who arranged the trip.

They used natural border crossings to enter Thailand in Mae Hong Son and Ranong provinces on May 12. On May 18, a black van had delivered them to where they were found in Sadao district on Friday morning. They were destined for Malaysia.

The arresting team took the 20 migrants to Sadao Hospital for Covid-19 screening before being handed over to Sadao police station to begin legal proceedings pending deportation. 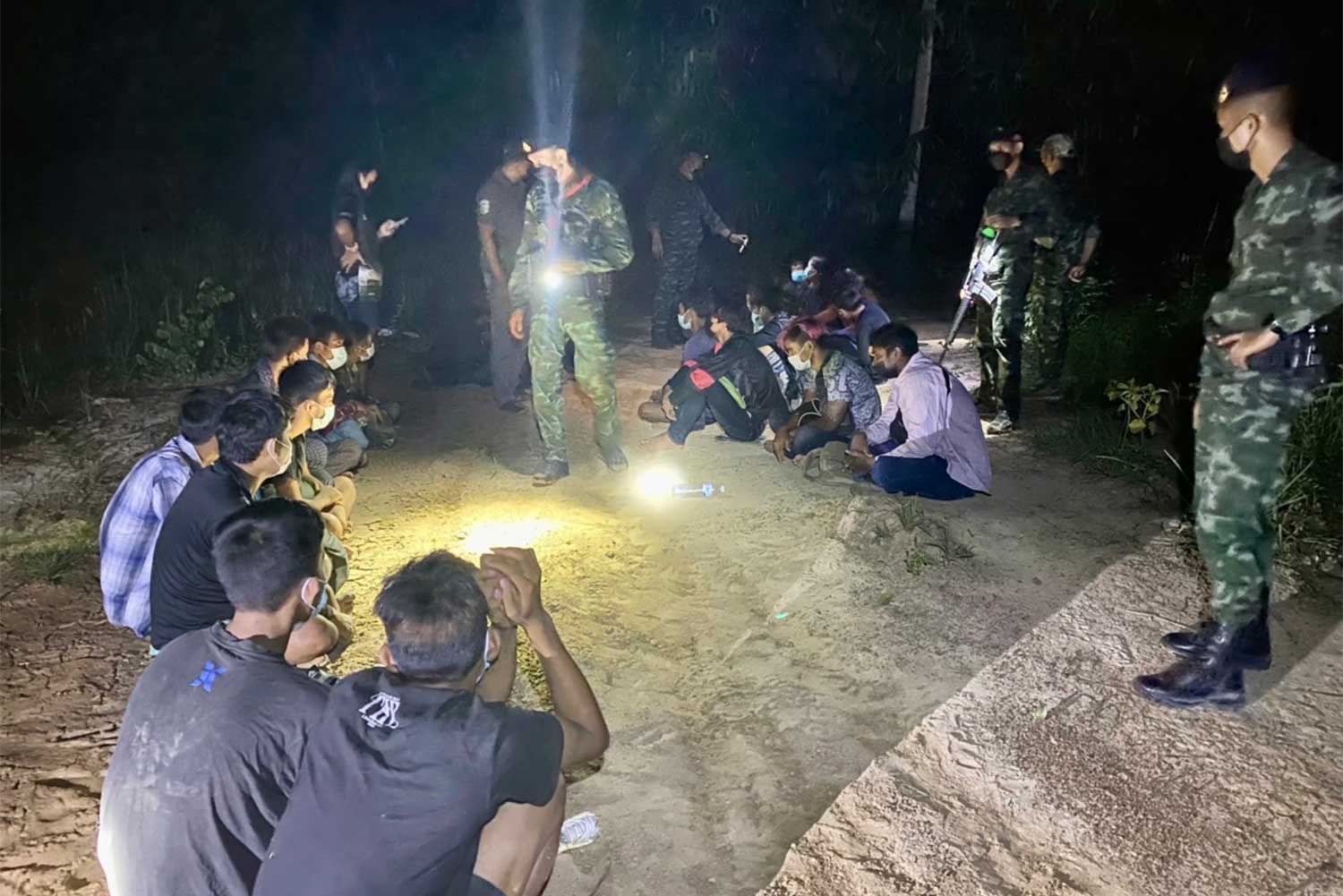 The border patrol with the illegal migrants, 18 men and 2 women, before taking them to Sadao police station for further proceedings. (Photo: Assawin Pakkawan)