More than 100 illegal job seekers from Myanmar were caught after running from a trailer truck into nearby cassava fields in Muang district, Kanchanaburi, on Wednesday morning. (Photo: Piyarat Chongcharoen)

KANCHANABURI: More than 100 illegal Myanmar job seekers with coloured string around their wrists to show their various destinations were arrested after the 18-wheel trailer truck they were hiding in became stuck when it turned off a main road in Muang district on Wednesday morning.

The truck had just driven past Sai Yok checkpoint on Highway 323, the Sai Yok-Kanchanaburi route.

The 18-wheeler arrived at Nong Sam Phran village in Muang district and turned left onto a side road leading to some foothills. The big vehicle then got stuck, unable to move forward or back.

A highway police car following it arrived and the two officers asked to search the vehicle. They found many illegal migrants, both men and women, hiding in the bed of the trailer truck underneath a tarpaulin. Driver Narongsak Jaiboon, 33, of Thong Pha Phum district, was arrested.

While the two policemen were questioning the driver and waiting for backup, the truck's passengers ran off into nearby cassava fields.

More police arrived and began a search of the area. Many of the migrants hiding in the fields started to flee. One policeman fired a warning shot to stop them.

All were subsequently rounded up. There were more than 100 of them, police said, including a five-month-old baby. (continues below) 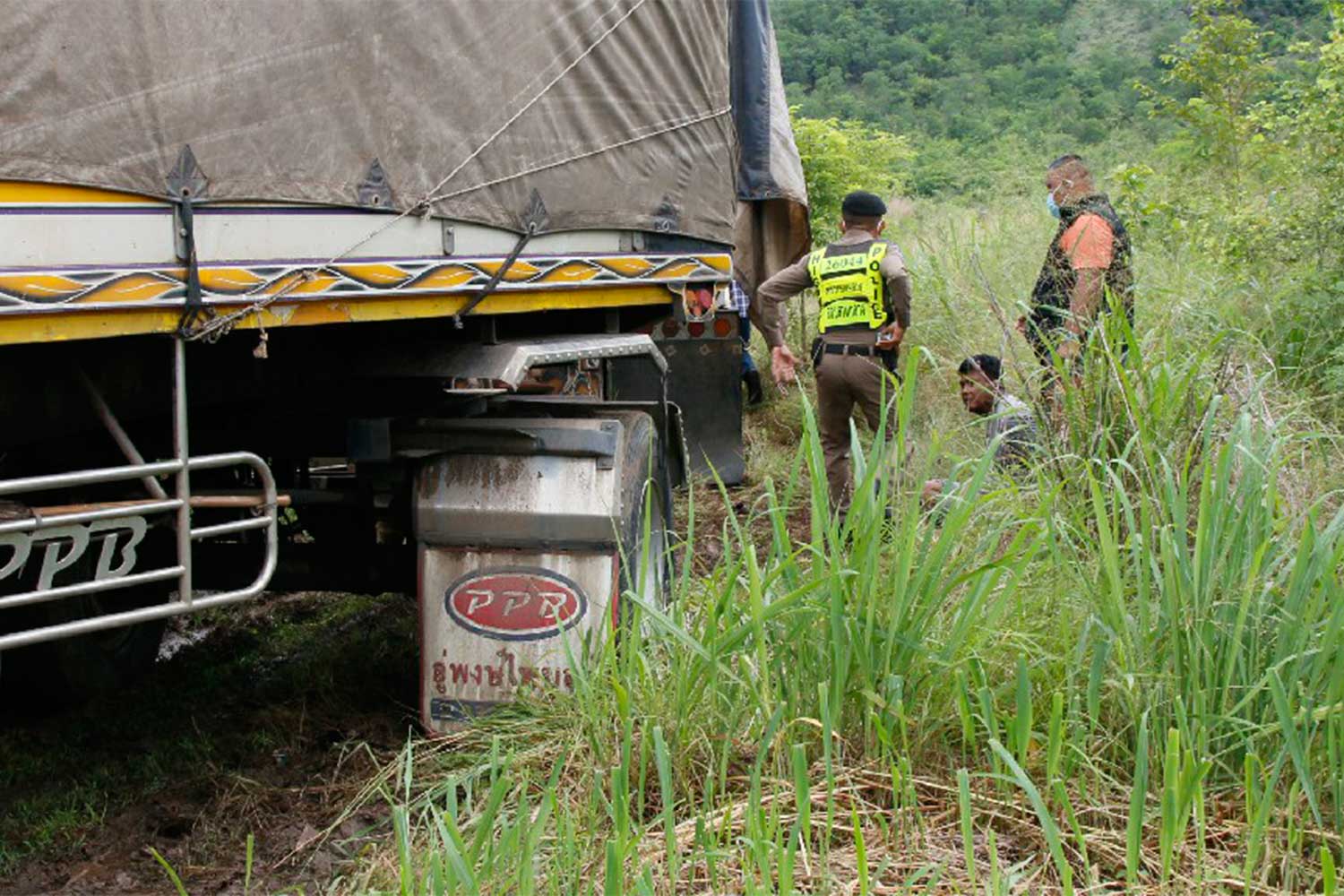 During questioning, the migrants said they came from Mandalay in Myanmar and entered Thailand via a natural border crossing in Sangkhla Buri district of Kanchanaburi province. They had paid 25,000-30,000 baht each to job brokers, depending on the distance to their promised jobs.

The brokers had tied coloured plastic string around the job seekers' wrists to show their destination - red for Pathum Thani province, yellow for Phitsanulok and green for jobs in Rayong.

They said they had boarded the trailer truck around 4pm on Tuesday and had not had anything but warm water since then. They were handed over to Sai Yok police station for legal proceedings pending deportation.

Mr Narongsak told police that he had been hired to drive the trailer truck, which was parked at Tha Phae area in Thong Pha Phum, to a cassava plantation near the foothills in Muang district.  A woman and her baby sat in the front seat, and he did not know there were people in the back, which was covered over with a tarpaulin.

When arriving at the designated spot, he turned off the road and became stuck. There was a white pickup waiting nearby, he said. Then police arrived and he was arrested.

He was held in custody for further questioning and legal action. The investigation into the migrant workers smuggling operation was continuing. 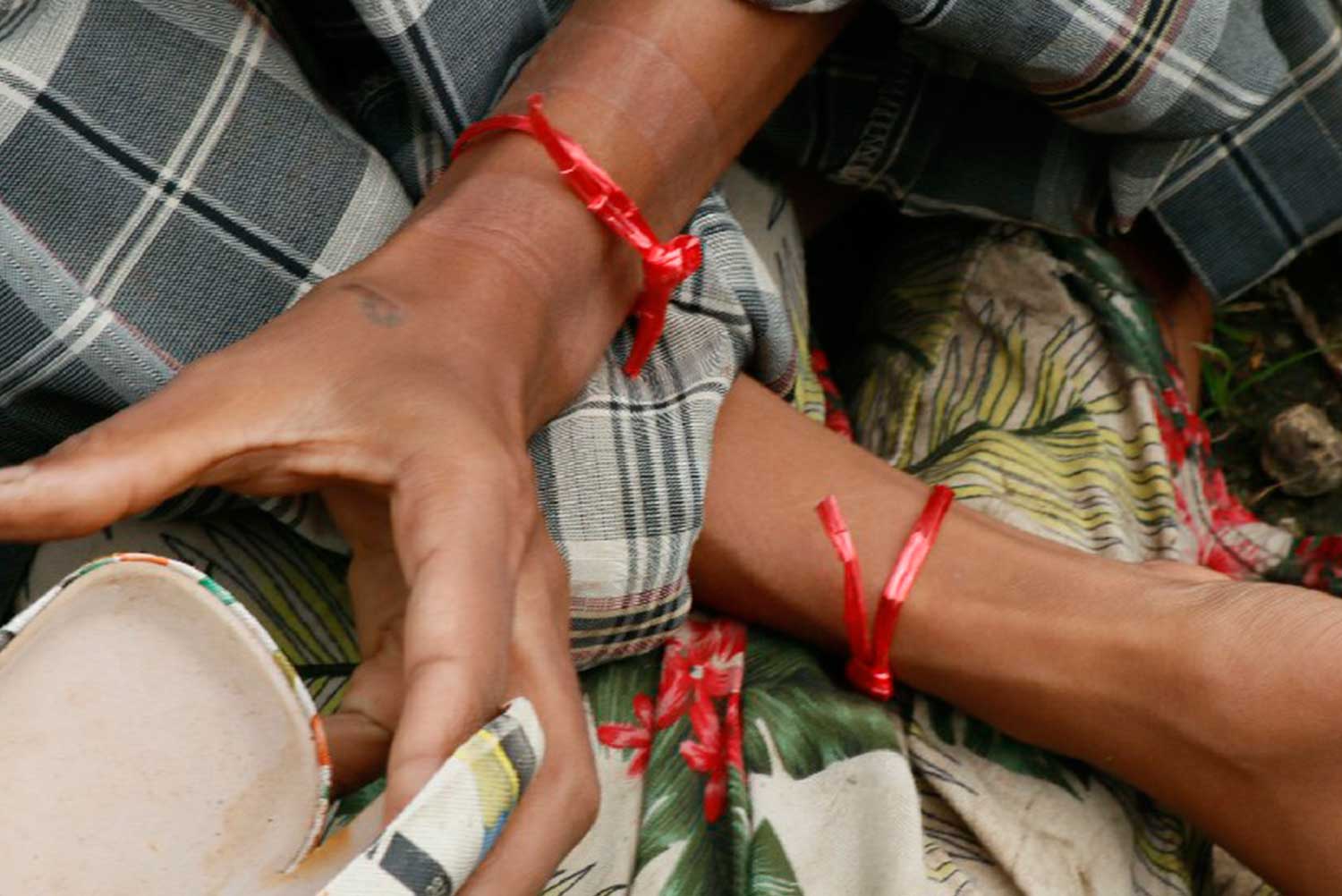 Red plastic string tied around the wrist of one of the job seekers - red for promised work in Pathum Thani. (Photo: Piyarat Chongcharoen)