Students are vaccinated against Covid-19 at Samutprakan School in Muang district of Samut Prakan province on Wednesday. (Photo: Somchai Poomlard)

This compared with the 33 coronavirus-related fatalities and 5,013 new cases reported on Wednesday morning.

if 6,344 positive results from antigen tests recorded during the course of Wednesday were added to the 4,9024 cases confirmed by PCR test, however, the total would be 11,268.

For the second consecutive day, no imported cases were found.

Aside from a single case in the prison system, all the new infections were in the general population.

The number of active cases in Thailand continues its slow decline.

Of those in hospital, 995 were seriously ill patients with lung inflammation (down from 1,028) and 503 dependent on ventilators (down from 530).

Of the seriously ill patients, Bangkok had the most cases at 98, followed by 65 in Ubon Ratchathani, 49 in Nakhon Ratchasima, 46 in Udon Thani and 42 in Samut Prakan. 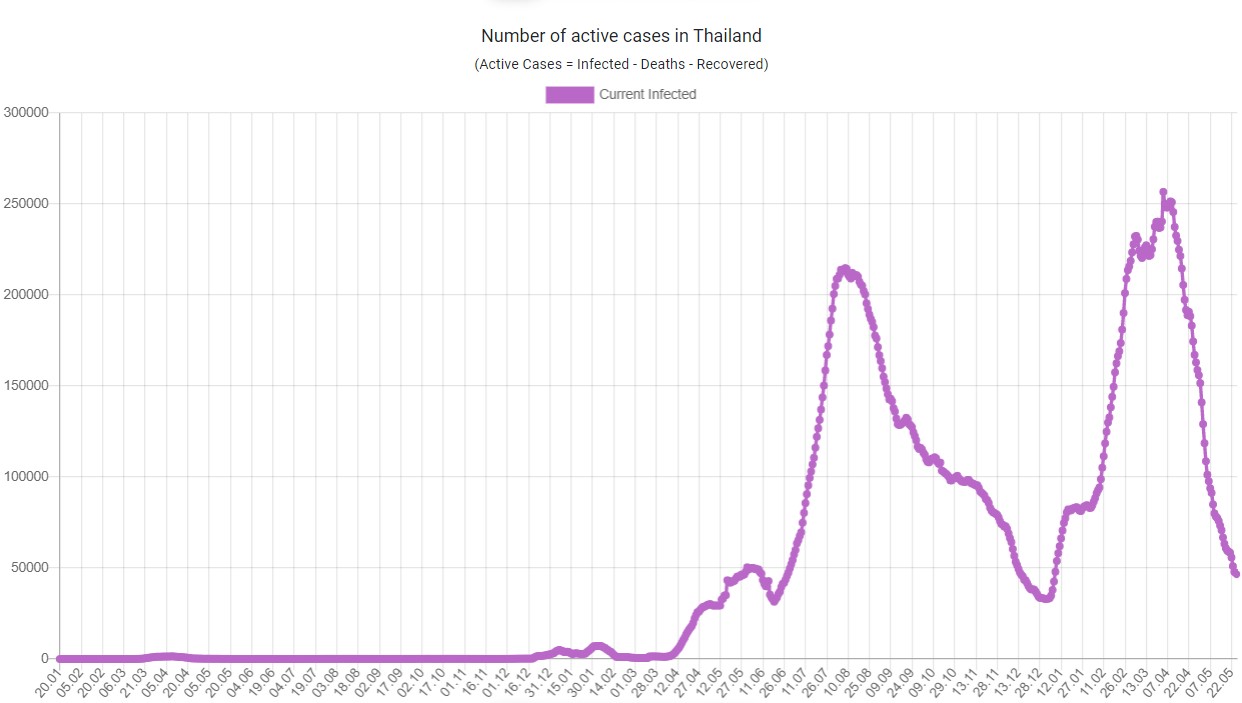 “Fifteen or 40% of the new fatalities were unvaccinated,” CCSA spokeswoman Apisamai Srirangson said.

Other central plains provinces further from the capital had 10 deaths - two each in Ang Thong, Ayutthaya and Chachoengsao and one each in Rayong, Sa Kaeo, Suphan Buri and Phetchaburi.

The Northeast saw 12 new fatalities - three in Loei, two each in Udon Thani, Khon Kaen, Roi Et and Nakhon Phanom and one in Surin.

The South had three new deaths in Nakhon Si Thammarat.

The accumulated death toll stood at 29,881 since the beginning of the pandemic, including 8,183 so far this year. 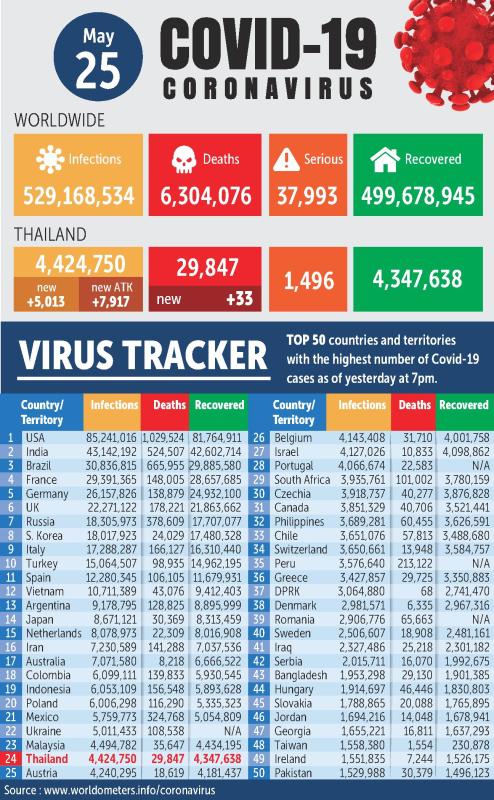 Public Health Minister Anutin Charnvirakul said on Wednesday that he saw no signs of any social problems from the decriminalisation of cannabis in June.

The Thai economy is expected to grow 3.6% this year and 4.0% next year, helped by a recovery in tourism despite inflationary pressures, a member of the Bank of Thailand's (BoT) Monetary Policy Committee said on Wednesday.