Wrecked police vehicles in the compound on Thursday after the attack on the marine police station in Tak Bai district, Narathiwat, on Wednesday night. (Photo: Abdullah Benjakat)

The militants also strew spikes on the road, which caused damage to many vehicles. Officials closed the road to all traffic so they could clear it and repair the lines. Power was not restored until about 1am on Thursday.

The attacks isolated the marine police station, which the militants then attacked about 9.35pm, hurling bombs into the grounds and firing automatic weapons, and wounding three security officials.

On Thursday, fire-gutted vehicles could be seen inside the compound, shot-up and wrecked by explosives. 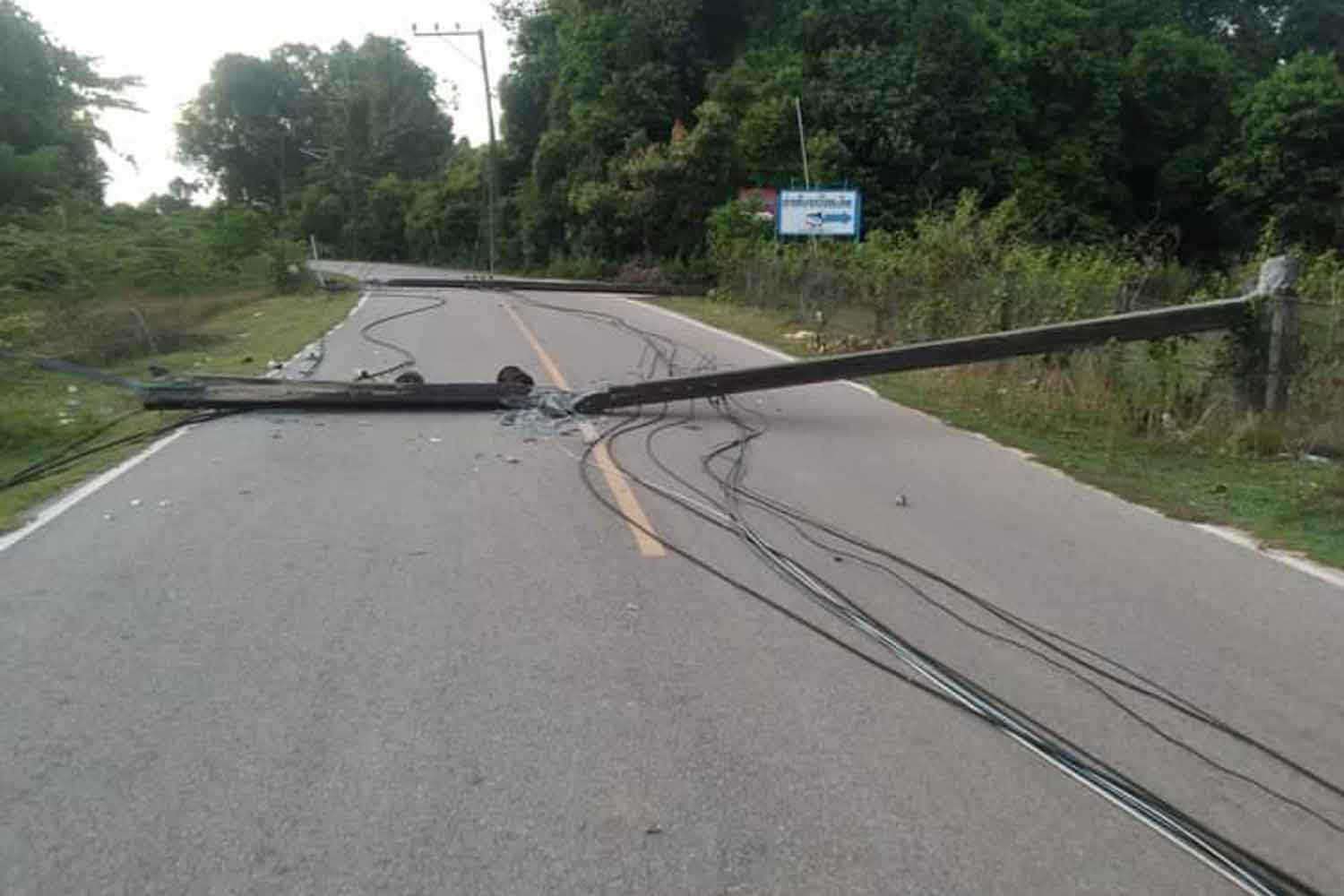