Ittipan Chanduang, 24, and Phanuwat Panlamjiak, 23, are arrested beside their crashed car after a police chase, in Tha Sae district, Chumphon, on Thursday night. Two million meth pills were found in the car's boot. (Photo supplied)

Two million methamphetamine pills were found in a car that crashed into a roadside tree while fleeing police pursuit vehicles, in Tha Sae district of Chumphon province on Thursday night.

The two men in the wrecked car were arrested.

Pol Lt Gen Sarayut Sanguanphokhai, chief of the Narcotics Suppression Bureau (NSB), said on Friday that police had signalled a Honda City car with Sa Kaeo licence plates to stop on Phetkasem Road, about one killometre from the Chumphon checkpoint in tambon Hong Charoen.

Instead, the driver accelerated away. Police gave chase.

It was raining and the road was slippery. The driver of the fleeing vehicle lost control and it ran off the road and into a tree. The chase team arrived and surrounded the car.

A search found 2 million meth pills in sacks in the car's boot, the NSB chief said.

The two men in the car were arrested - Ittipan Chanduang, 24, and Phanuwat Panlamjiak, 23, both Sa Kaeo residents. They were handed over to NSB investigators for legal action. 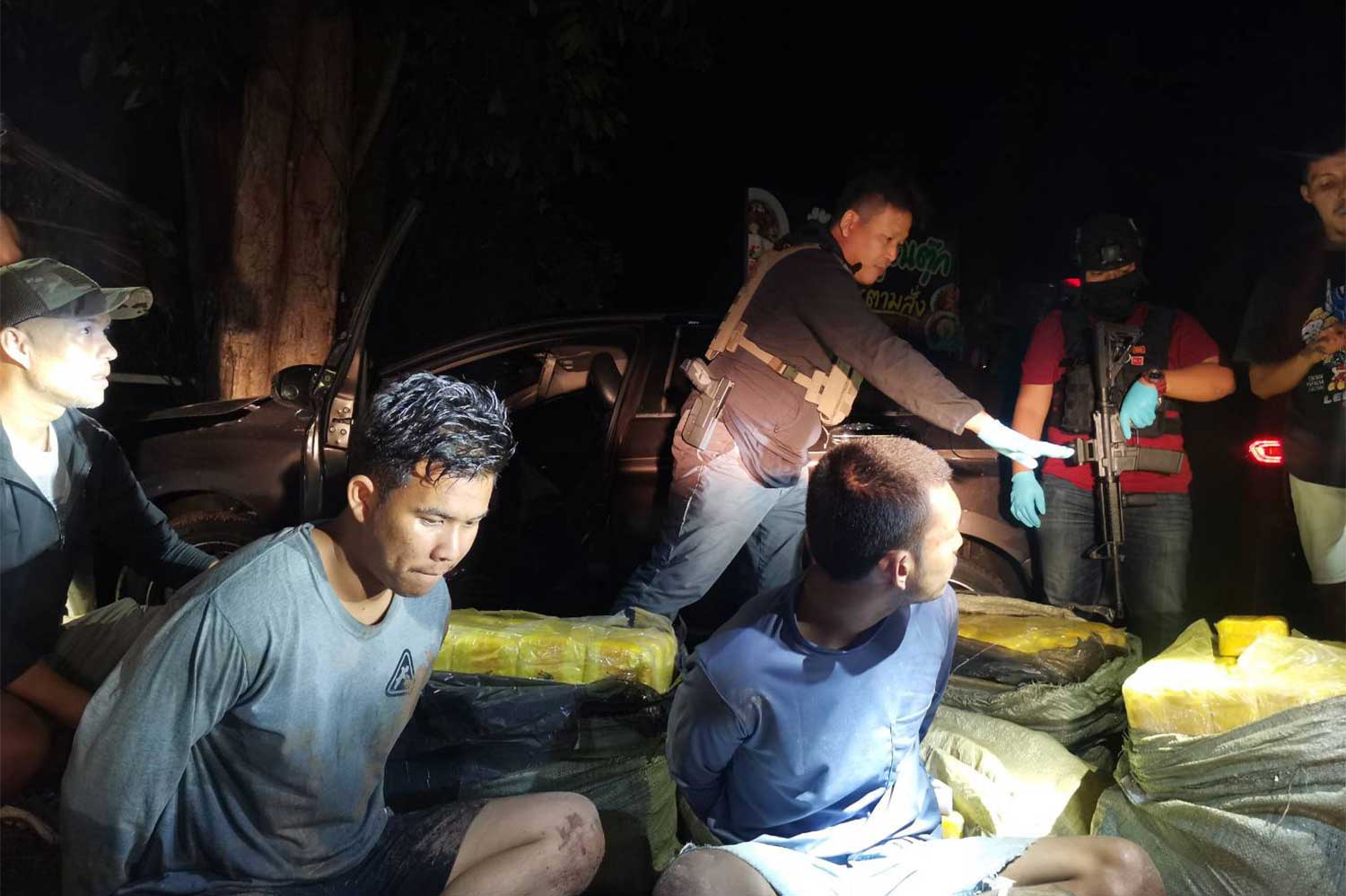 The police stop on Phetkasem Road followed the earlier seizure of 8 million meth pills from a vehicle that overturned after hitting a safety barrier in Nakhon Ratchasima’s Chakrarat district on May 2.

The extended investigation ultimately led to the arrest of Mr Ittipan and Mr Phanuwat in Chumphon with 2 million speed pills, the NSB chief said. 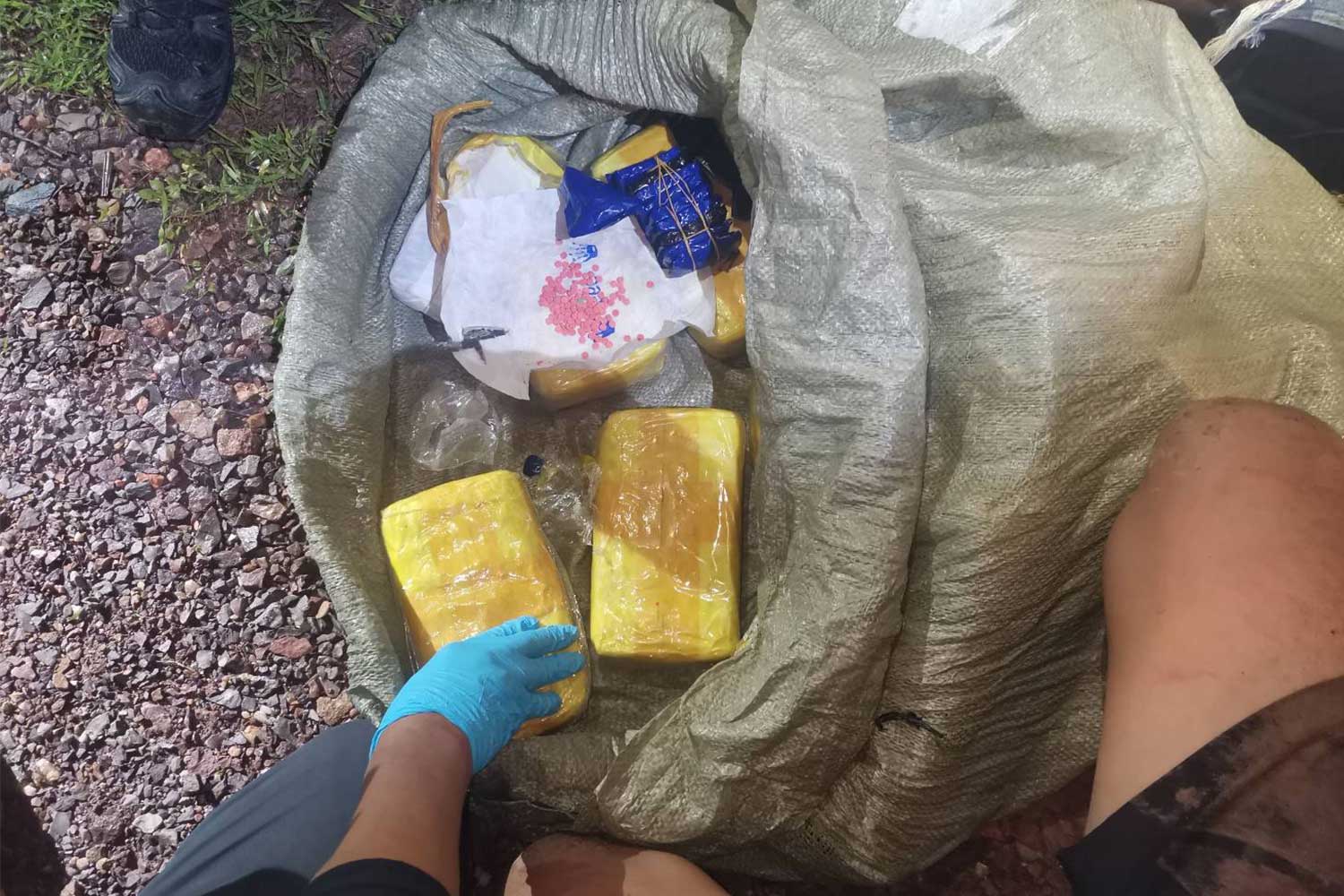 The current Thai-Chinese joint air force exercises have been two years in the making and have nothing to do with the ongoing tension between China and Taiwan - air force.

At least 48 billion baht will be spent to subsidise the next round of the state welfare card project for low-income earners.