Pubs and bars in Sukhumvit Soi 4, a popular nightlife destination in Bangkok, are expected to revive after Covid restrictions ease from June 1. (Photo: Wichan Charoenkiatpakul)

The number of active Covid cases continued a slow descent to 39,271, the Centre for Covid-19 Situation Administration (CCSA) said on Wednesday.

However, the number of new cases and fatalities ticked up during the previous 24 hours, with infections up 608 to 4,563 and deaths up seven to 28.

A further 7,015 positive results came from the less reliable antigen tests, which would raise the combined total found during Tuesday to 11,578.

The 4,563 new cases confirmed by PCR tests comprised 4,552 cases in the general population, 11 among prison inmates and no imported cases.

Of the new infections in the general population, 4,542 were confirmed at hospitals and 10 via mass testing.

Of those in hospital, 850 were seriously ill patients with lung inflammation (down from 880) and 414 dependent on ventilators (down from 435).

Of the seriously ill patients, Bangkok had the most cases at 86, followed by 47 in Udon Thani, 37 in Nakhon Ratchasima and 36 each in Samut Prakan and Ubon Ratchathani. 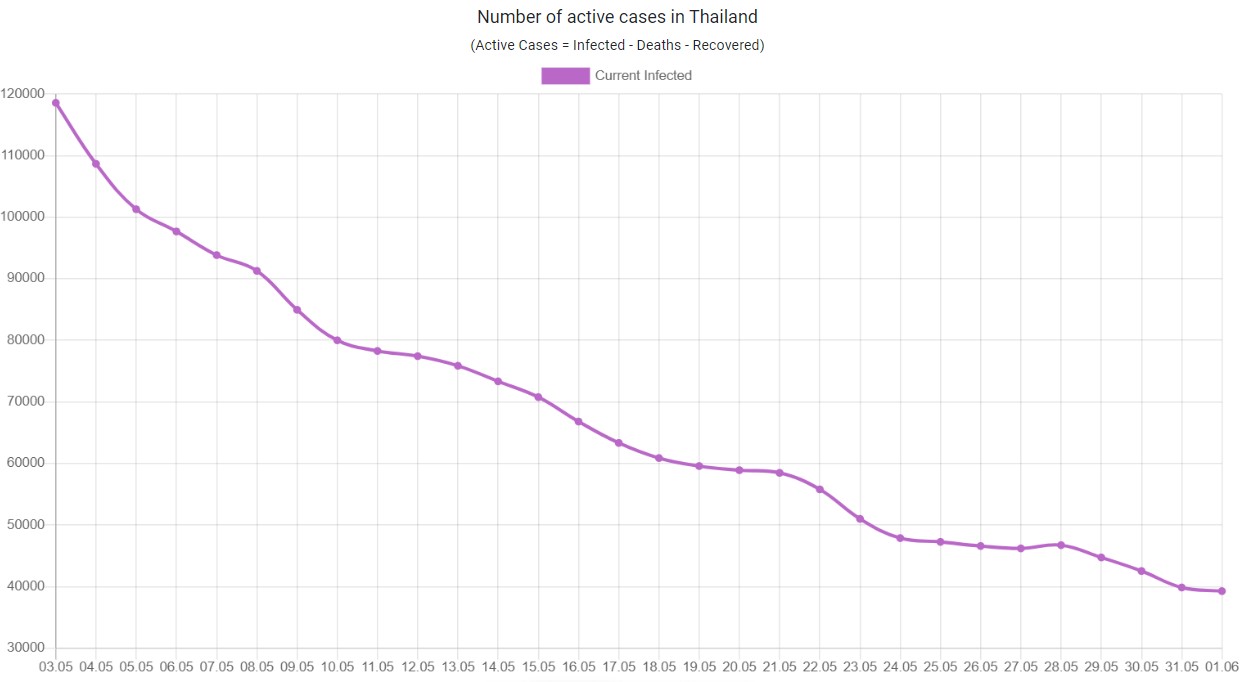 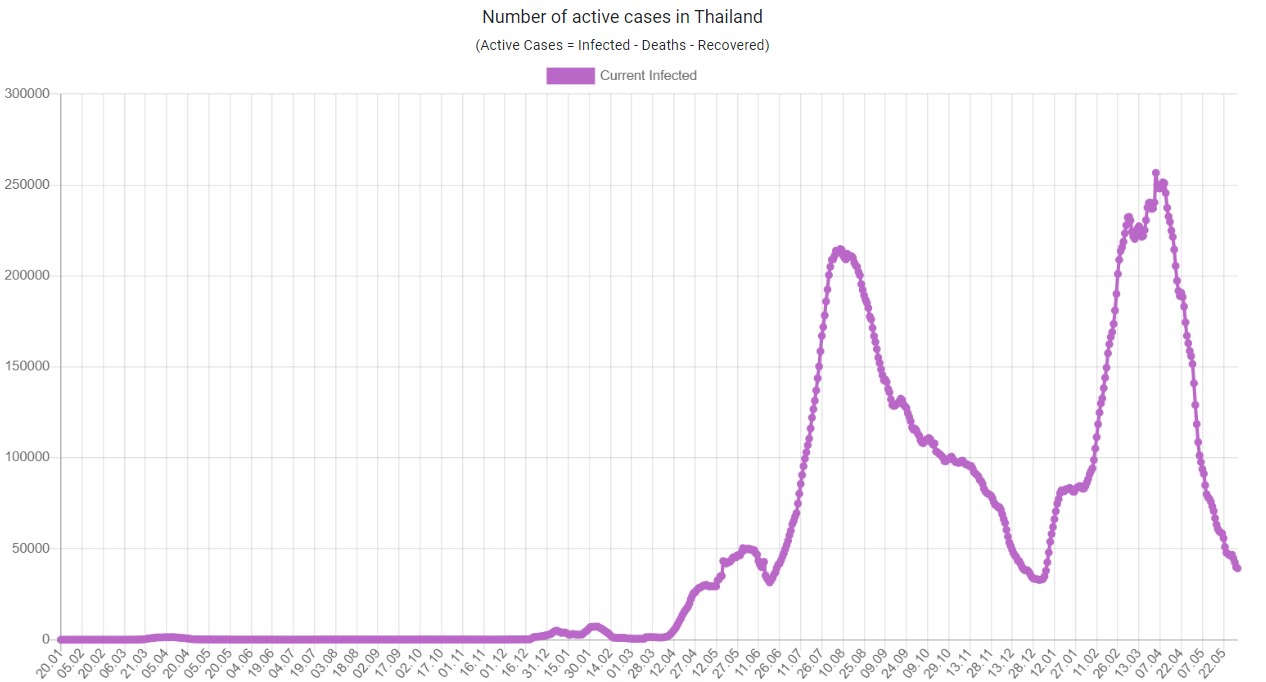 According to the CCSA, the 28 people who died were aged from three to 94 years.

Bangkok logged two new deaths and there was a new fatality in the adjacent province of Nonthaburi.

Other central plains provinces further from the capital had seven new deaths - two in Lop Buri and one each in Sing Buri, Saraburi, Chachoengsao, Chanthaburi and Ratchaburi.

The Northeast saw 11 new fatalities - three each in Nakhon Ratchasima and Sakon Nakhon and one each in Chaiyaphum, Nong Bua Lam Phu, Khon Kaen, Si Sa Ket and Surin.

The South had three new deaths in Surat Thani, Chumphon and Pattani.

The accumulated death toll stood at 30,047 since the beginning of the pandemic, including 8,349 so far this year. 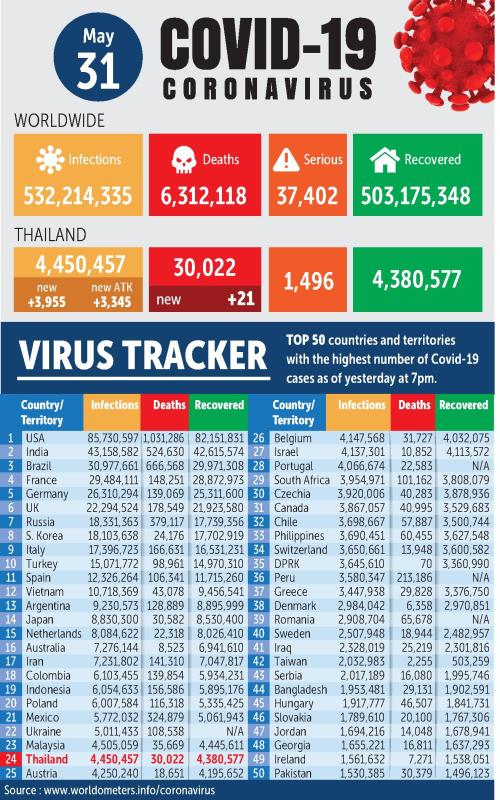