SONGKHLA: Another 49 illegal Myanmar migrants were arrested in a forested area in Hat Yai district and taken for questioning in connection with the murder of a 40-year-old man found in a freshly dug shallow grave.

A village chief in tambon Ban Phru, Winai Tonyalae, and village defence volunteers on Thurday spotted a group of men and women hiding in the forested area, about 6 kilometres away from the grave, where the body of Maddol Binson was found on Wednesday morning. The grave was found near Khlong Pom village in tambon Ban Phru in Hat Yai.

When the officers arrived, they arrested a group of 49 people. All were illegal migrants from Myanmar. They appeared tired and hungry.

The arresting team took them for questioning to find out whether any of them were involved in the murder of Maddol, an employee of a tree trimming firm contracted by the Provincial Electricity Authority in Na Mom district of Songkhla province.

The victim was found gagged and his hands tied behind his back and his feet also bound together, with creepers. He had been bludgeoned on the head. His motorcycle was found in a pond about 300 metres from the grave. There were signs of fighting near the spot.

On Wednesday night, police arrested 19 illegal Myannar migrants and two Thais in a forested area not far from the border in Hat Yai. They were being questioned about the murder of Maddol.

A source said police examined CCTV footage, which showed Maddol riding his motorcycle from his house at around 3pm on Tuesday.  He reportedly left his house to catch fish before he was murdered.

Police on Thursday sent divers to search for possible evidence in the pond, where the victim's bike was found.

Mr Winai said residents were gripped with fears over the murder. Most residents earned their living by tapping rubber latex. 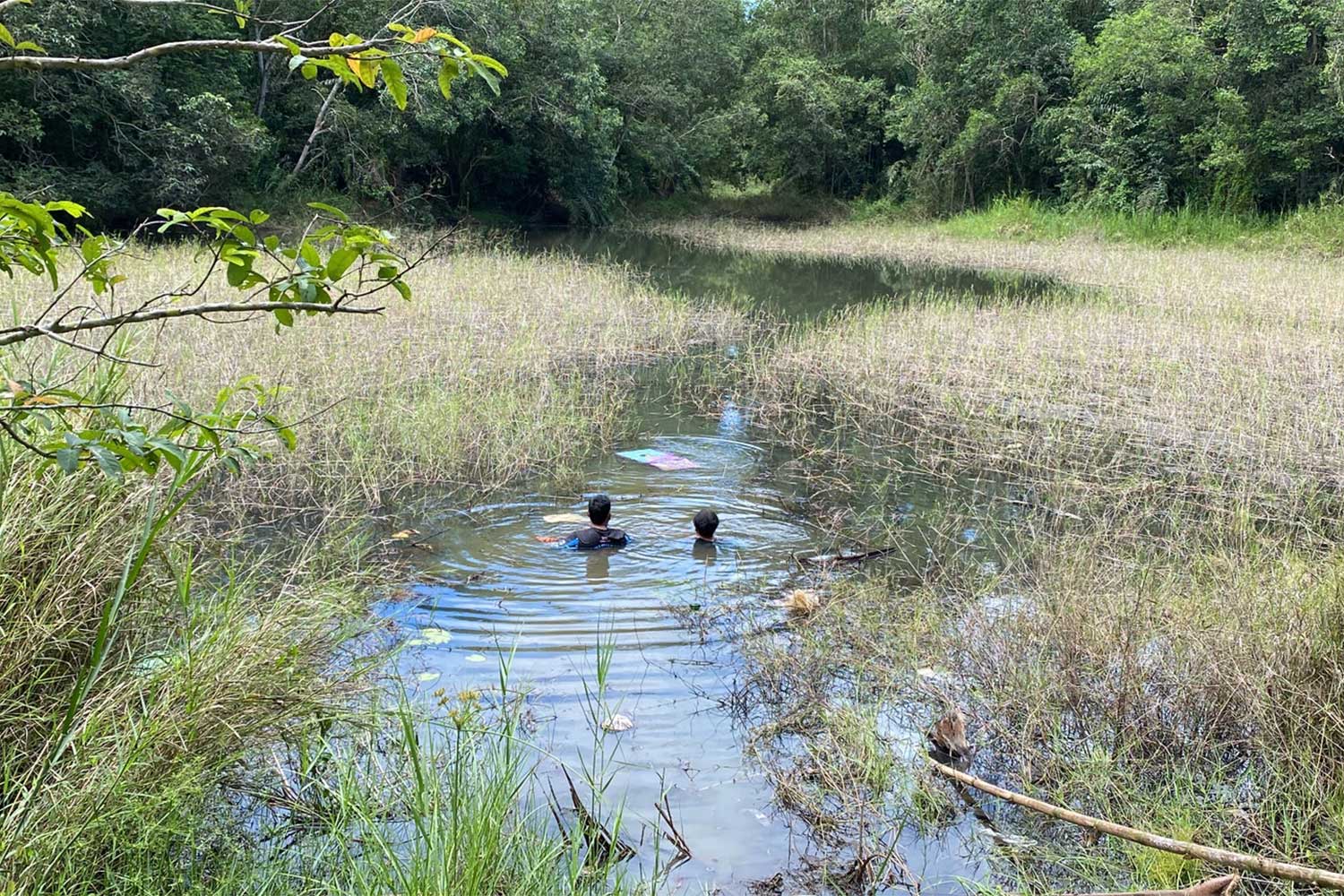 Divers search for evidence in a pond where the murder victim's motorcycle was found on Wednesday. (Photo: Assawin Pakkawan)