Thailand is ready to treat Covid-19 as an endemic disease, largely thanks to decreasing daily infections, a falling death rate and better public health security, according to Dr Prasit Watanapa, dean of the Faculty of Medicine Siriraj Hospital, Mahidol University.

The keynote speaker at "Forbes Thailand Forum 2022: Think Ahead, Future Next", hosted by the Bangkok Post Public Company Limited, Dr Prasit said that figures released in April indicated that Covid-19 is now in decline globally.

The renowned doctor also noted that several countries now allow people not to wear face masks outdoors if they wish.

He said that the appearance of the Omicron variant had taught the country a valuable lesson in how to control a fast-spreading outbreak without consequence due to its relatively mild symptoms.

Any new variant that could derail the global recovery would have to spread even more rapidly and also induce far more severe symptoms, which seems highly unlikely, if not impossible, at the moment, he added. 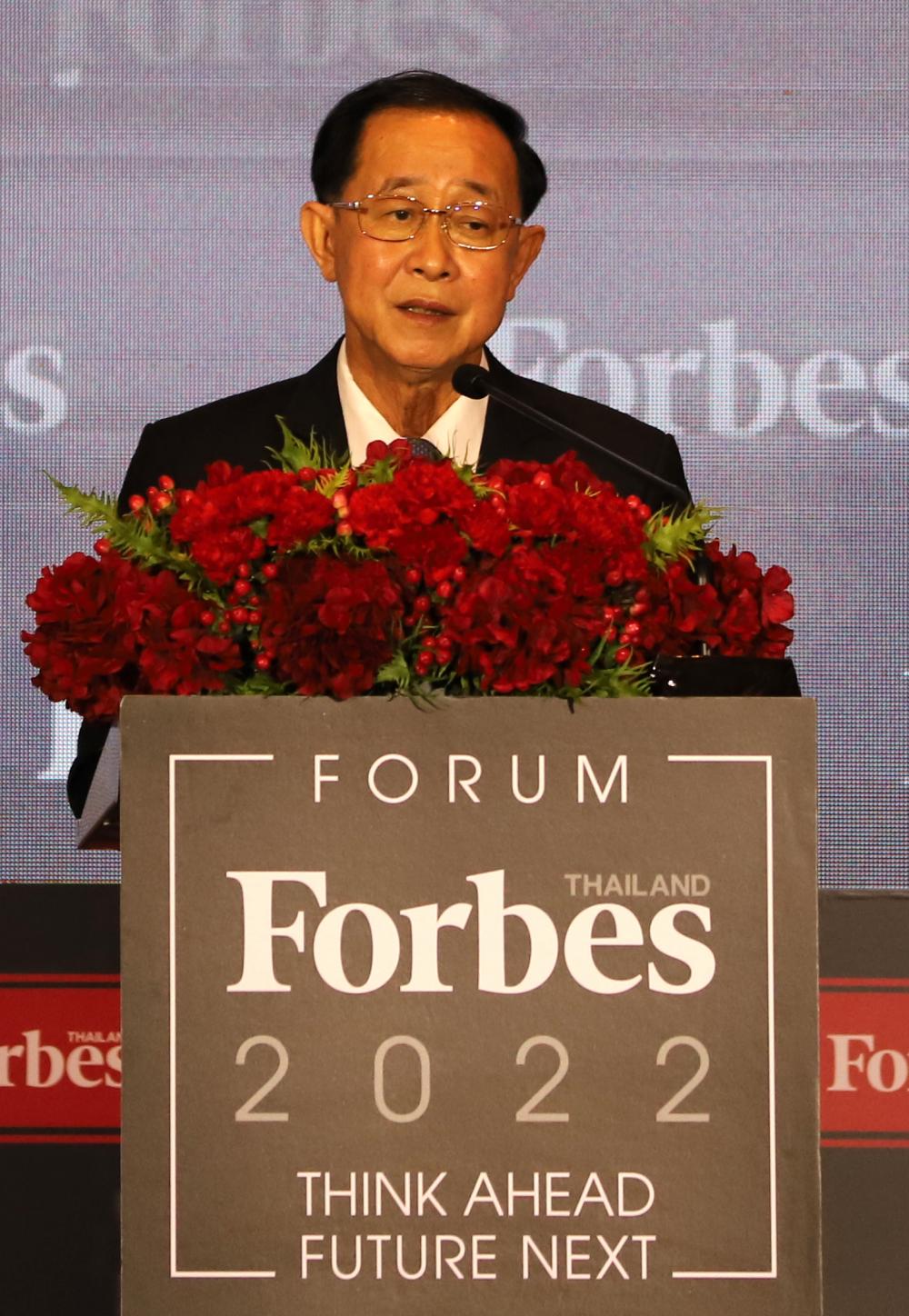 "Such a situation is hard to envisage. We can say that we are nearing the end of the [Covid-19] pandemic. Many people are talking about the announcement of endemic status despite the World Health Organization [WHO] having yet to issue any formal guidance on the matter," he said.

"Whether classified as endemic or not, what we are ultimately concerned with are the two key qualities of 'predictability' and 'manageability'. Right now, I believe that the country is ready to treat Covid-19 as an endemic disease," Dr Prasit stressed.

He went on to say that Thailand has done very well to bring the death rate down to 0.09%.

"Bringing the Covid-19 death rate below 0.1% was one of the criteria set by the Ministry of Public Health before a downgrade could happen. Meanwhile, the proportion of citizens to have received vaccine boosters should be above 50%, compared with the current 44.8%"

Dr Prasit went on to warn that the country should prepare for the next pandemic and increase vaccine technology development and the available levels of medical equipment that are known to quickly fall into short supply.

"Further investment in mRNA-based vaccines is very important as it has the potential to facilitate the production of vaccines against newly emerging diseases within six months," he said.

Moreover, he added that Covid-19 has already sparked a drive in medical innovation, both technologically and holistically in terms of fostering levels of health that allow societies to ward off outbreaks with less need for medical intervention.

Regarding Siriraj Hospital, he said that it is now in the process of developing AI technology to identify patients living with depression using algorithmic analysis of muscular activity caused by changes in an individual's facial expressions during examination alongside corresponding changes in vocal tone. 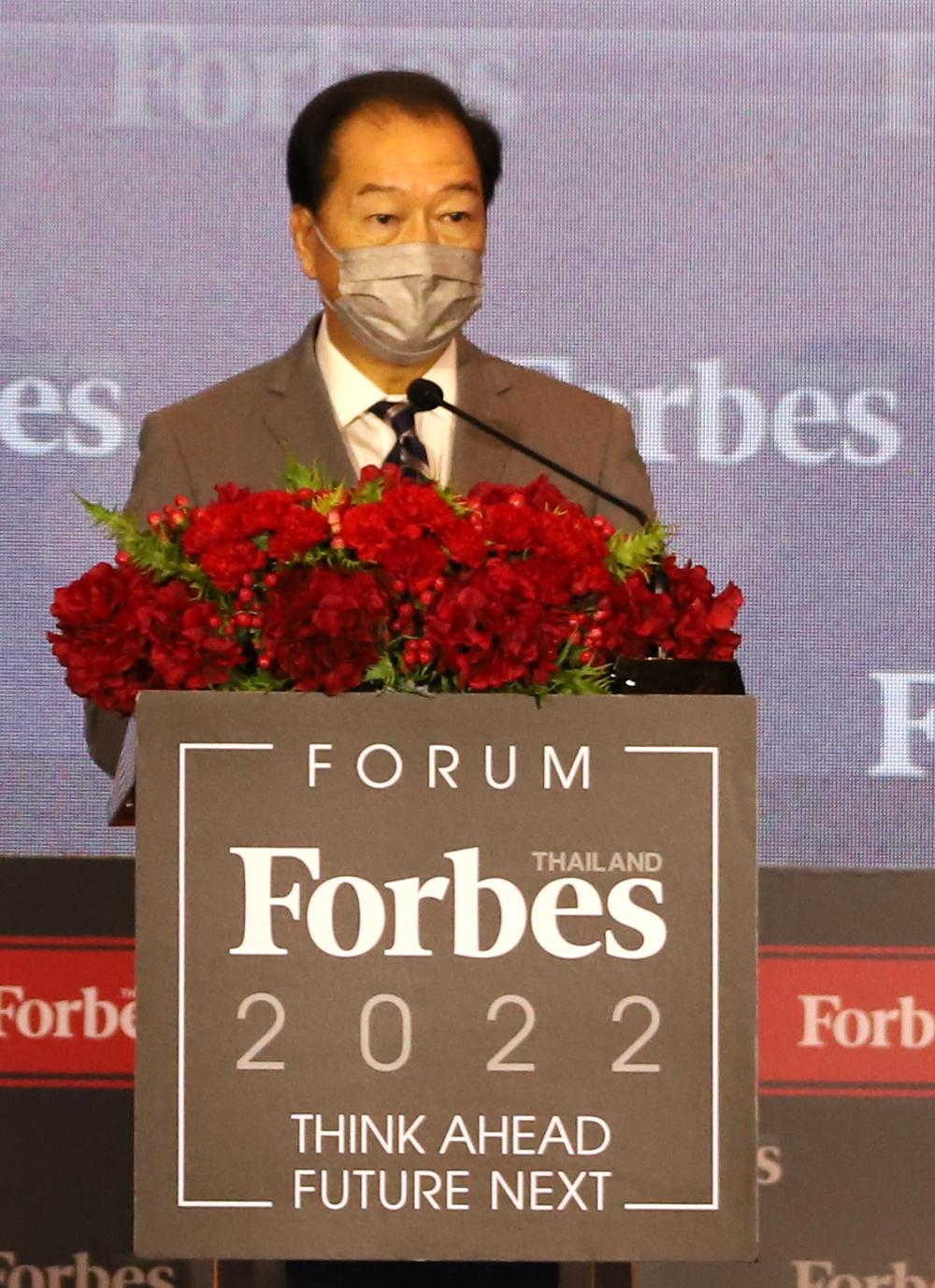 The hospital has also begun investigating the use of intestinal microchip technology to measure blood sugar in diabetes patients in order to provide instant feedback on the suitability of their diet, he said. The ministry looks set to officially note the end of the pandemic in June, followed by declaring it to be an endemic disease from the beginning of July.

Meanwhile, Dr Opas Karnka­- winpong, director-general of the Department of Disease Control (DDC), on Monday said that the reopening of night-time entertainment venues is so far believed to have had little impact on the falling infection rate.

However, Dr Opas responded to fears over new clusters by urging full cooperation from all stakeholders when necessary.

Dr Opas said the department has implemented an Out-Patient Department scheme to handle any new minor outbreaks that may be reported.

On Monday, there were 27 deaths recorded nationwide as a result of the virus while the death rate has now fallen to 0.09%.

Of the 27 deaths, 26 were members of the so-called 608 group, comprising people aged 60 years and above, those with underlying diseases and pregnant women.

Some 59% of those who died had not been vaccinated, while 30% had received only a single dose and no follow-up booster, Dr Opas said.

Only 375 patients still depend on ventilators, and only 10% of beds for severe cases are occupied, said Dr Opas.

Most deaths were still among high-risk groups, such as the elderly or those with pre-existing health conditions, he added.

CHON BURI: A 54-year-old Norwegian man was rushed to hospital after being found with a stab wound to his abdomen in a hotel room in Pattaya on Wednesday night.

CHHATARPUR, India: As the monsoon storms bear down on India, a dedicated group of women hope that after years of backbreaking labour, water shortages will no longer leave their village high and dry.

PHUKET: A 19-year-old Australian fell to his death from a hotel building in Kathu district on Wednesday evening.