The Bangkok Metropolitan Administration (BMA) and metropolitan police have agreed to step up cooperation in solving the persistent traffic problems plaguing the capital city.

Mr Chadchart said afterwards that traffic problems need to be solved urgently, particularly with the reopening of schools and the onset of the rainy season.

It was agreed that:

- Cooperation will be stepped up between the BMA, Traffic Police Division, the Bangkok Mass Transit Authority and the operators of electric trains in solving traffic problems.

- The existing joint command centre will be beefed up with officials from agencies such as the BMA's city  laws enforcement department. The BMA will draw up a map of locations with chronic traffic congestion. A meeting will be held once a month to discuss results of actions taken to solve the problems.

- A joint working group will be set up to improve the entire traffic control system. The BMA has about 50,000 closed-circuit television cameras in use, but only about 1,000 are being used for traffic control. So  more CCTVs will be used for this purpose. New technology will be used to issue tickets to collect fines for traffic violations and the revenue used to improve the traffic system.

- Safety measures at pedestrian crossings will be improved, particularly at spots where accidents repeatedly occur.

- As there are now more motorcycles in the city, the city administration will conduct a study into the possibility of building special lanes for them along roads which are wide enough. At intersections, there will be areas designated for motorcycles to stop, to prevent accidents.

Mr Chadchart said he and traffic police will next week inspect areas where traffic jams and accidents are frequent, to find ways of solving the problems. 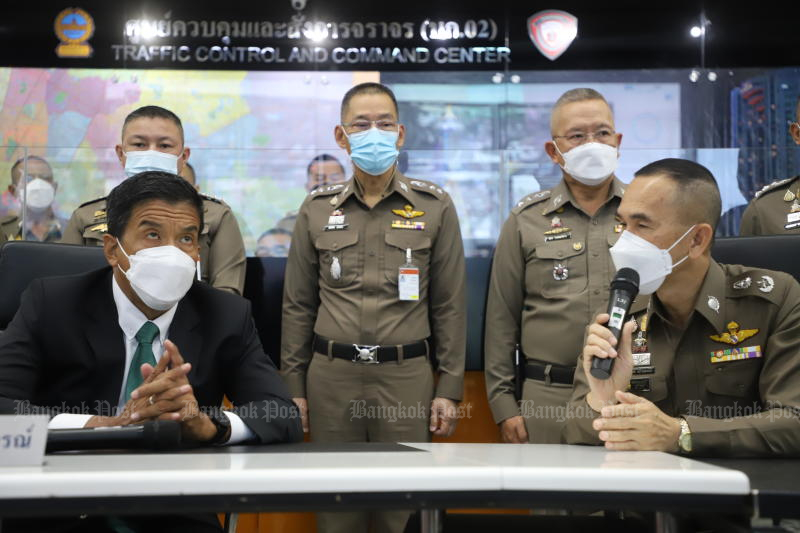