Police search a room in a commercial building in Chiang Mai's San Sai district being used as a "school" to train job seekers as phone scammers. (Photo: Panumet Tanraksa)

CHIANG MAI: Police have raided commercial premises in San Sai district where a "school" was allegedly training jobless people to work as phone scammers from bases in Myanmar.

About 20 technology crime suppression police, armed with a warrant from the Chiang Mai Provincial Court, searched the three-storey commercial building in San Sai on Wednesday.

They were acting on information the building, rented by a Chinese national, was being used for a call centre scam, Pol Maj Gen Veerachon Boonthawee, deputy chief of Provincial Police Region 5, said on Thursday.

They found two Chinese men and five Thai women working in front of  computers on the second floor. There were about 10 computers showing posts encouraging Thais to apply for well-paid jobs. Applicants would be given training in Chiang Mai and then be sent to work in Myanmar.

The ads said job applicants could be taken across the border to Myanmar in 100% safety, Pol Maj Gen Veerachon said.

The seven suspects were arrested on charges of putting false information into a computer system and taken into custody for questioning.

According to police investigators, the Chinese leader of a phone scam gang rented the building many months ago and hired women to post messages offering jobs to people put out of work by Covid-19.

Applicants would be trained to work the phones at a school operating in the building. They would then be sent to call centres in Myanmar, targeting and duping Thai and Chinese victims into transferring money to them.

Pol Maj Gen Veerachon said investigators had information about the operations of phone scam gangs in many areas. They inflicted enormous damage on their victims, and major operations were planned to shut them down. 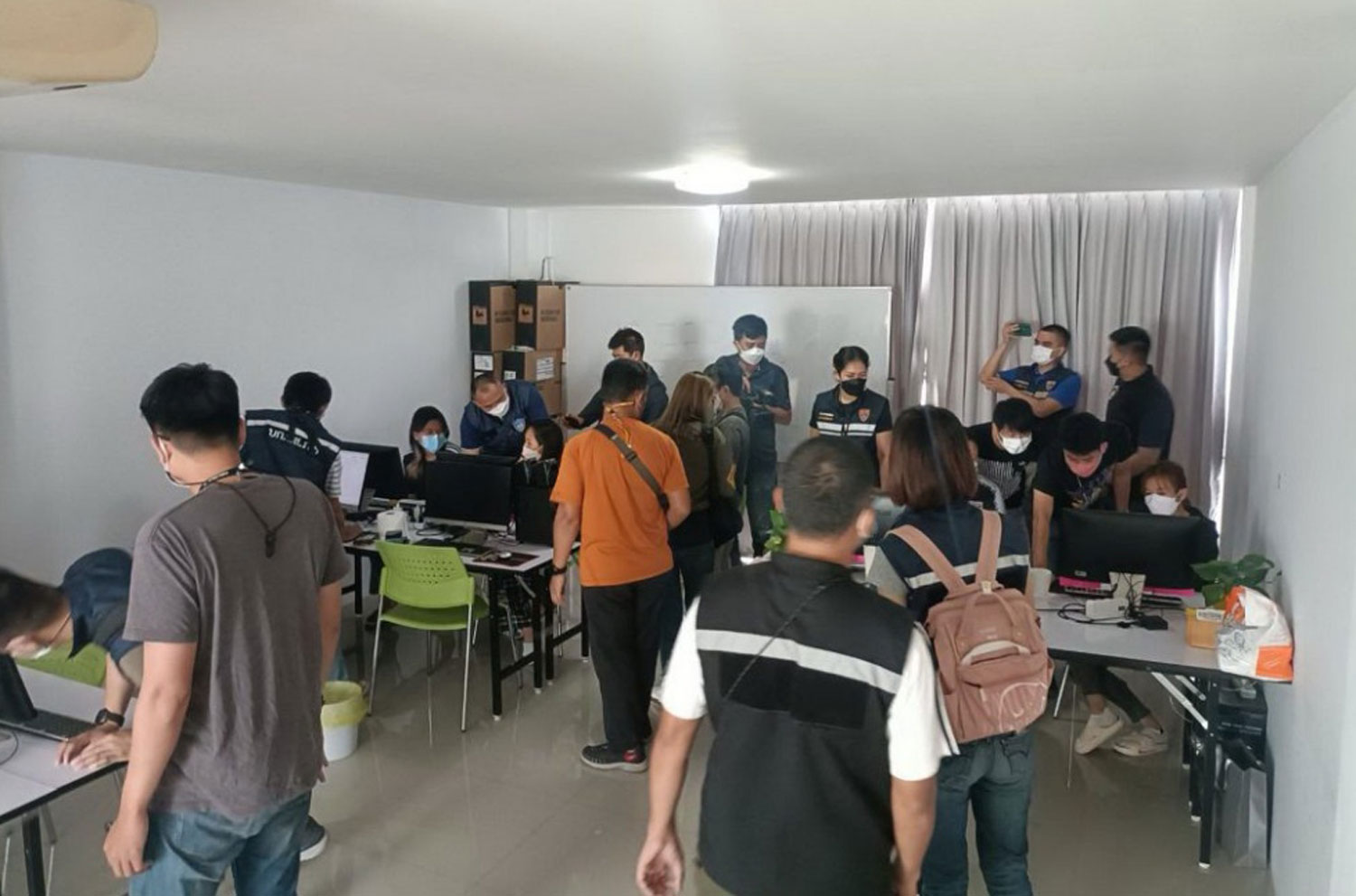