Wanida Omthet, 40, a teacher at a non-formal education school in Phetchaburi's Kaeng Krachan district, was found murdered on Thursday night, her body dumped in a pond. (Photo supplied)

PHETCHABURI: A 40-year-old teacher was found dead, her weighted body dumped in a pond, in Muang district on Thursday night, about two weeks after she was reported missing in Kaeng Krachan district.

A 38-year-old soldier, her close friend, has been charged with her murder.

Wanida was a teacher at a non-formal education school in Kaeng Krachan district. She and her Toyota Revo pickup truck had not been seen since the night of May 26. Relatives filed a missing person report with local police.

Pol Maj Gen Uthai said that after questioning her relatives and friends, investigators focused their attention on Sgt Maj Surin.

He initially admitted to having quarrelled with her in a fit of jealousy. Investigators later found the teacher’s vehicle at another person's house. The house owner said the soldier pawned it for money.

Investigators then approached the soldier's commander, and took the suspect in for questioning. He allegedly admitted he had a heated quarrel with her, lost his temper and strangled her, in her vehicle, on May 26.

He did not know what to do with the body, so he dumped it in the pond in a banana field behind his house in tambon Don Yang of Muang district, Phetchaburi. He pawned her vehicle to get money to pay off expenses.

Forensic police and rescue workers retrieved the body from the pond around 10.30pm on Thursday. The body was weighted down with two bricks, a leaf spring and a metre-long length of railway steel, Thai media reported.

The body had partially decomposed in the water, but forensic examiners found signs of knife wounds to  her chest, stomach and back, Pol Maj Gen Uthai said.

Police pressed charges of murder and concealing a body against the soldier. He was held in police custody for legal action. 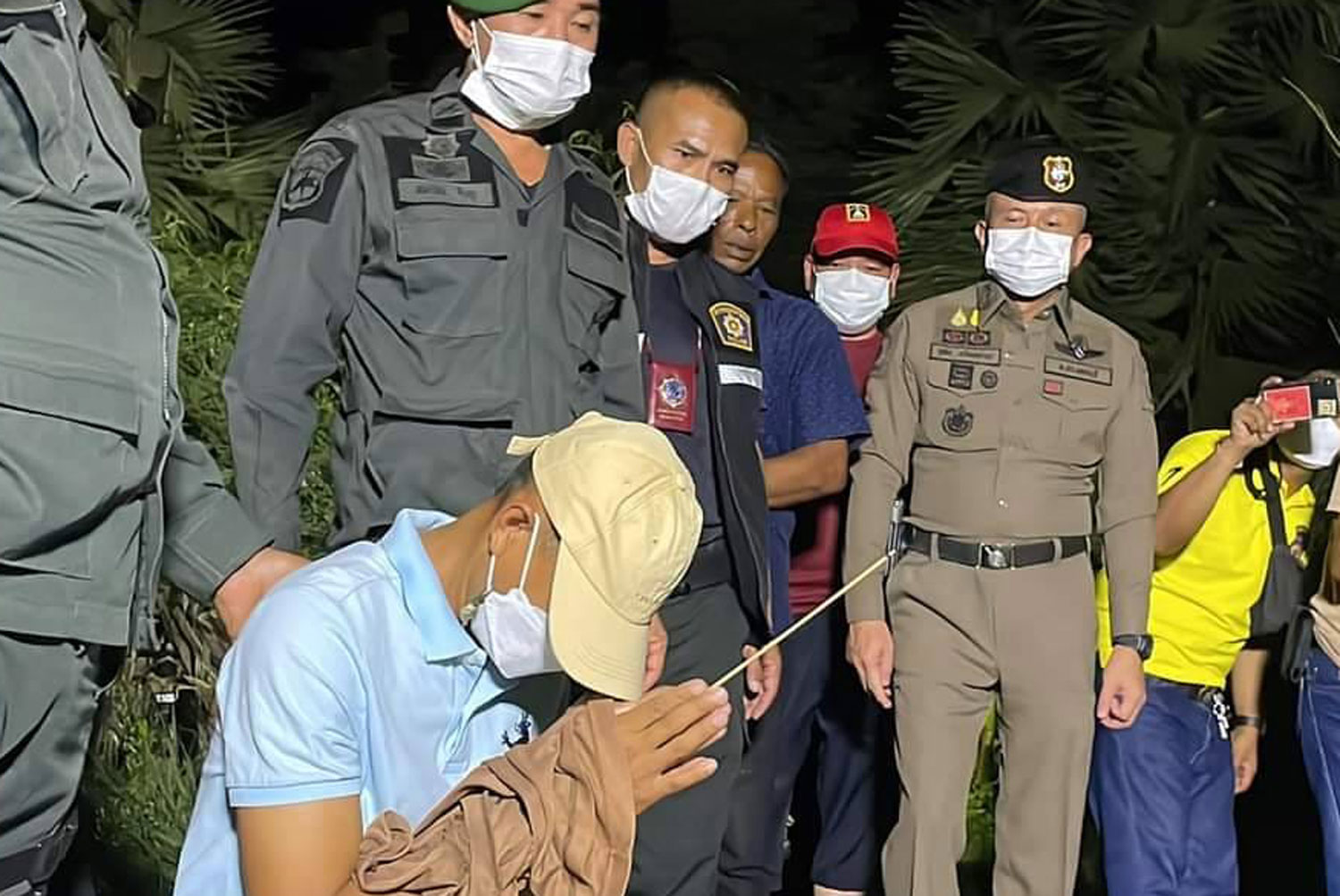