The new case numbers did not include 1,984 positive results from antigen tests over the previous 24 hours. This would raise the total to 3,785.

On Sunday, 2,474 new cases and 20 coronavirus-related fatalities were announced.

Of those in hospital, 661 were seriously ill patients with lung inflammation (up from 659) and 329 dependent on ventilators (up from 317).

According to the Centre for Covid-19 Situation Administration (CCSA), the 1,801 new cases comprised  1,794 in the general population, one among prison inmates and six arrivals from other countries. 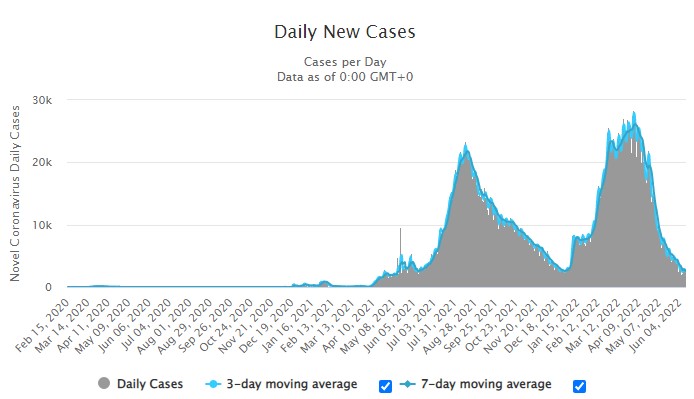 The CCSA said the 15 people who died were aged from 27 to 88 years and included one foreigner, from Myanmar.

Bangkok reported one new death and there was none in its adjacent provinces.

Other central plains provinces further from the capital reported two more deaths - in Ayutthaya and Ratchaburi.

The Northeast had seven coronavirus-related fatalities - four in Khon Kaen, two in Nakhon Ratchasima and one in Si Sa Ket.

The South reported three deaths - in Surat Thani (2) and Pattani (1).

The accumulated death toll stood at 30,349 since the beginning of the pandemic, including 8,651 so far this year. 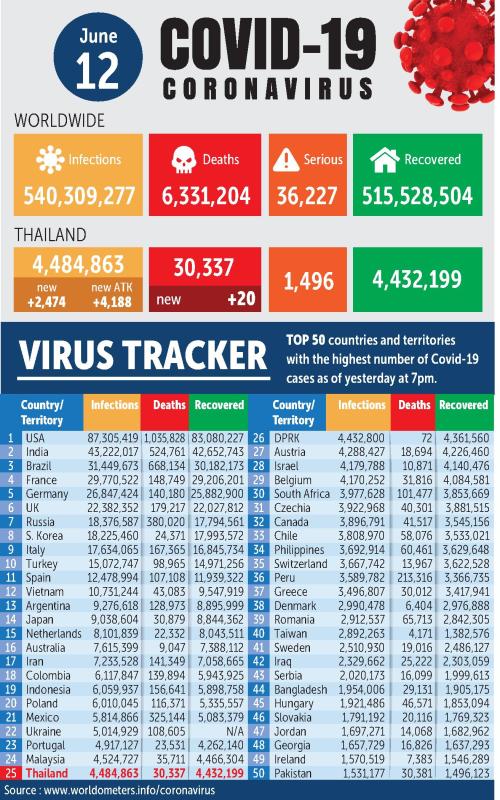