Cannabis has been listed as a controlled herb under the Traditional Medicine Wisdom Protection and Promotion Act to prevent its abuse, especially among youngsters. 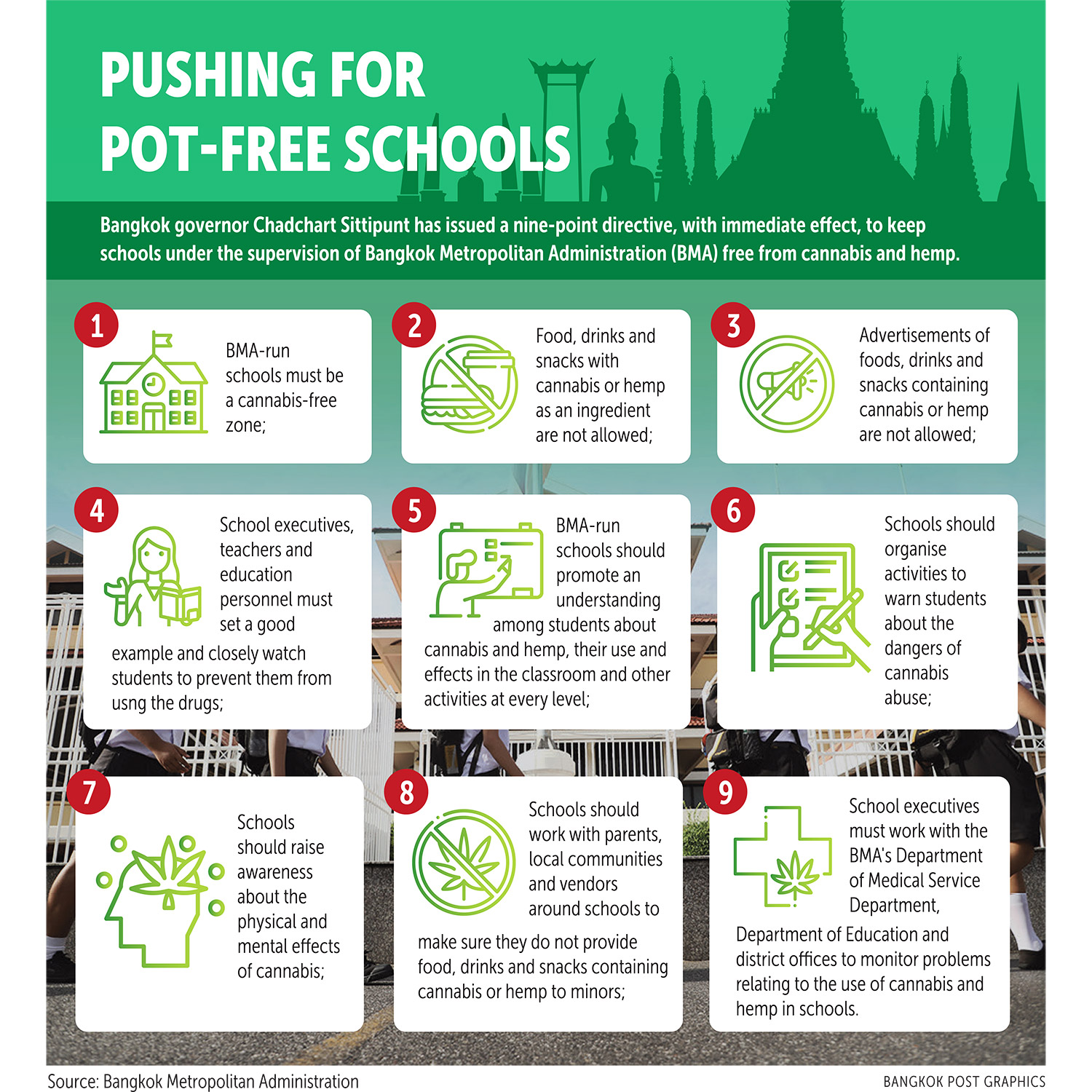 Public Health Minister Anutin Charnvirakul said the listing is intended to prevent the use of cannabis by individuals under the age of 20, as well as its use in certain public places, such as education outlets, department stores and state-owned agencies, among others.

The minister yesterday signed an order to control the use of cannabis after the plant was decriminalised on June 9 and sparked concerns among doctors and others involved in health.

The listing says cannabis and its extracts are a controlled herb. It prohibits the use of cannabis and cannabis extracts by people aged under 20 years old, pregnant women and breastfeeding mothers.

However, it allows those who are at least 20 years old to own, use or distribute and grow cannabis plants.

It also allows doctors to prescribe cannabis and its extracts to patients.

The patients, regardless of their age, can also use and own cannabis and its extracts according to their medical prescriptions.

"What we are controlling is the amount of THC by weight, which shouldn't exceed 0.2% per gramme, or it is considered a narcotic," Mr Anutin said.

He said the ministry is also attempting to rein in the use of cannabis by banning its use in public places, which is considered a nuisance under the Public Health Law.

The listing under the act will be enforced until a law on cannabis and hemp is announced.

A bill passed its first reading at the beginning of this month and will need time for the second and third readings.

During this period, the regulations of the Public Health Department will be guidelines for law enforcement.

Opponents of cannabis legalisation have voiced their concerns on the matter, saying deregulating the use of cannabis will bring Thai youths one step closer to drug abuse.

These groups are calling for more aggressive measures to curb access to cannabis by minors.

Separately, Bangkok governor Chadchart Sittipunt has banned the use of any cannabis-based products in schools.