Lithuanian murder suspect Marius Kunickas, 31, sits next to two interpreters as he undergoes questioning at the Prasat district police station in Surin on Saturday. He was later taken to the Surin provincial court where officers sought his detention. (Photo: Nopparat Kingkaew)

SURIN: Police have pressed three charges against a Lithuanian man in connection with the death of his transgender girlfriend whose body was found in a locked room at her house in Prasat district.

Mr Kunickas, 31, is currently being detained at the Prasat police station in Surin, where police brought him after his arrest in Pattaya early Thursday. On Saturday they were seeking court approval to detain him for an initial period of 12 days while they continue their investigation.

The Lithuanian man is suspected of involvement in the murder of his transgender girlfriend Thiraphong Lamluea. He has denied the charges.

The body of Thiraphong, 31, was found inside a closed room at her two-storey house in tambon Kang-an around 4.30pm on Wednesday.

The body was wrapped in a thick blanket that left her legs bare. There was a strong smell and it was believed she had been dead at least a week, said Pol Capt Sanee Chimngam, a duty officer at the Prasat station.

During questioning, Mr Kunikas denied murdering Thiraphong even though witness statements and surveillance camera video focused on him as the culprit.

Thiraphong’s mother, Wandee Lamluea, 47, earlier told police that Thiraphong had brought her foreign boyfriend to Prasat district twice. On the second visit in late May, the man stayed at Thiraphong’s house for one week and drank a lot of beer, she said.

On May 26, Ms Wandee said, the man brought a case of beer to her house and drank it with her. She noticed what looked like bloodstains on his legs, and also saw some bruises.

He told her that a bottle had toppled and broken and pieces of glass had cut his legs, Ms Wandee said. She had no reason to doubt him and they drank together until about 9pm, when he left. Thiraphong had not joined them.

Police have obtained surveillance camera video showing a car rented by Thiraphong left at the Prasat district bus terminal, where he was seen boarding a bus to Rayong.

Forensic police have collected tissue samples from Mr Kunicas for DNA testing to compare with DNA samples in bloodstains, secretions and fingerprints in Thiraphong’s house.

If his DNA samples match with those collected from the house, investigators would seek court approval for a formal arrest warrant, said a police source.

The cremation of Thiraphong will be held at a temple in Prasat district on Sunday. 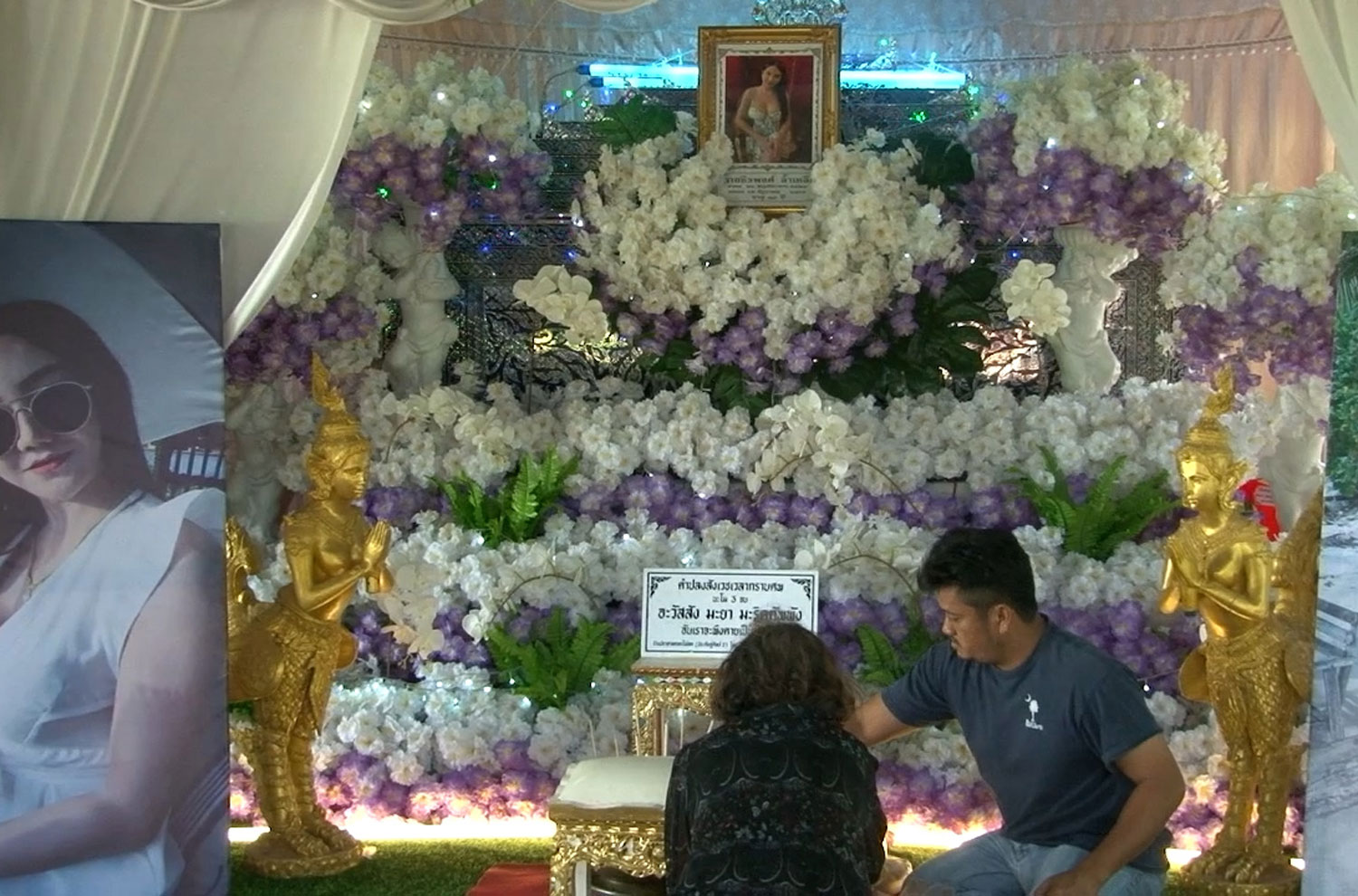 People attend the funeral rites for murder victim Thiraphong Lamluea at her house in Prasat district of Surin on Saturday. The cremation will take place on Sunday at a local temple. (Photo: Nopparat Kingkaew)