Soonthorn Vilawan, the father of Deputy Education Minister Kanokwan Vilawan, was arraigned in court on charges of the illegal occupation of land in Khao Yai National Park and later released on bail, after surrendering to police on Tuesday.

Mr Soonthorn, 83, was elected chairman of the Prachin Buri Provincial Administration Organisation on Dec 20, 2020. His daughter has already been charged in the same case.

Mr Soonthorn was an eight-time MP for Prachin Buri province and was deputy public health minister during the Chavalit Yongchaiyudh government, which lasted from November 1996-November 1997.

He surrendered to Muang Rayong police and was handed over to the Region 2 office of the Anti-Corruption Commission, headed by director-general Phichit Juthaprachakul.

The case was heard by the Criminal Court for Corruption and Misconduct cases.

Public prosecutors arraigned him for violating Sections 86 and 151 of the Criminal Code and the Land Code. The court accepted the suit and set Aug 5 for a rights protection appointment and the first hearing.

The court allowed him bail on the condition he must not leave the country, after he placed 600,000 baht in cash as surety.

Mr Soonthorn, his daughter Kanokwan and eight other people have been accused by the National Anti-Corruption Commission of illegally occupying about 150 rai of land in Khao Yai National Park in Prachin Buri.

Ms Kanokwan reported to the OAG on June 10 to hear the charges. The deputy education minister was taken to the Criminal Court for Corruption and Misconduct Cases Region 2 in Rayong's Muang district and indicted.

She was released on bail with 300,000-baht cash and land title deeds as surety.

Her father failed to show up, prompting a police search for him at five locations in Prachin Buri with a warrant for his arrest. They did not find him.

The OAG decided to indict the deputy education minister and the nine others on June 7 on the recommendation of the National Anti-Corruption Commission.

The commission said it had sufficient evidence to take legal action against them over the issuing and use of three false title deeds to three blocks of land inside the park in Prachin Buri, her home province. Two of them cover a total area of 54 rai  inside Khao Yai. 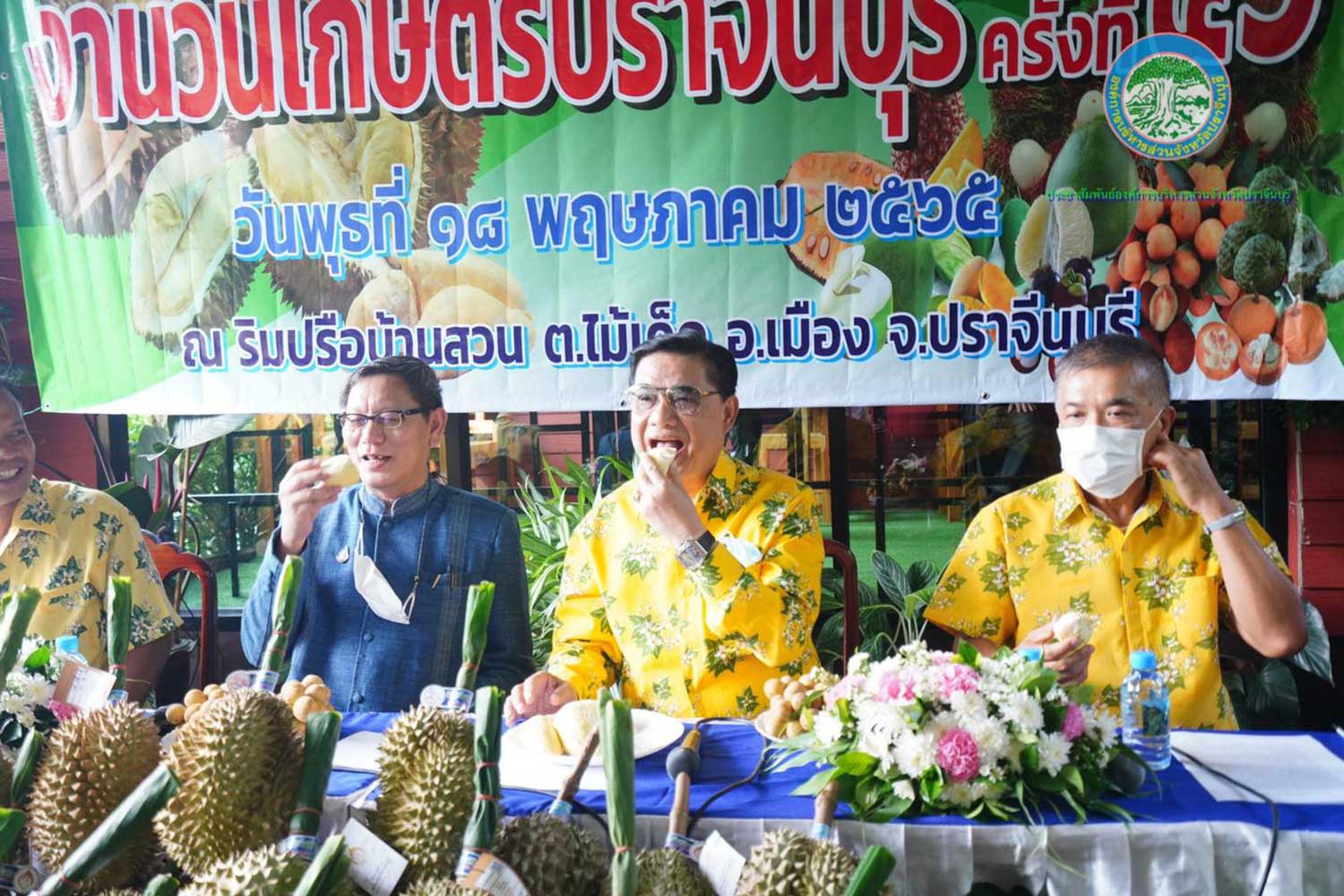