An officer talks to a Myanmar woman after she and 18 other compatriots are arrested for illegal entry during a raid on a house in Sangkhla Buri district, Kanchanaburi, on Saturday. (Photo: Piyarat Chongcharoen)

The arresting team found 12 men and seven women inside the house. All were illegal migrants from Myanmar. A Thai man, identified only as Pui, and his five aides who took the migrants to the house were arrested.

The team seized 53,660 baht hidden in a book, a motorcycle and five mobile phones from the house.

During questioning, Mr Pui admitted that he was a job broker, and he and his five accomplices smuggled the Myanmar nationals from Payatongsu, a border town opposite Sangkhla Buri.

Motorcycles and boats were used to transport the migrants across the border. They were then taken to his house while waiting for vehicles to pick them up. The migrants were charged 32,000 baht per head, the suspect said.

Officials conducted temperature checks on the migrants and their temperatures were normal.

The migrants and the Thai men were handed over to Sangkhla Buri for legal action. 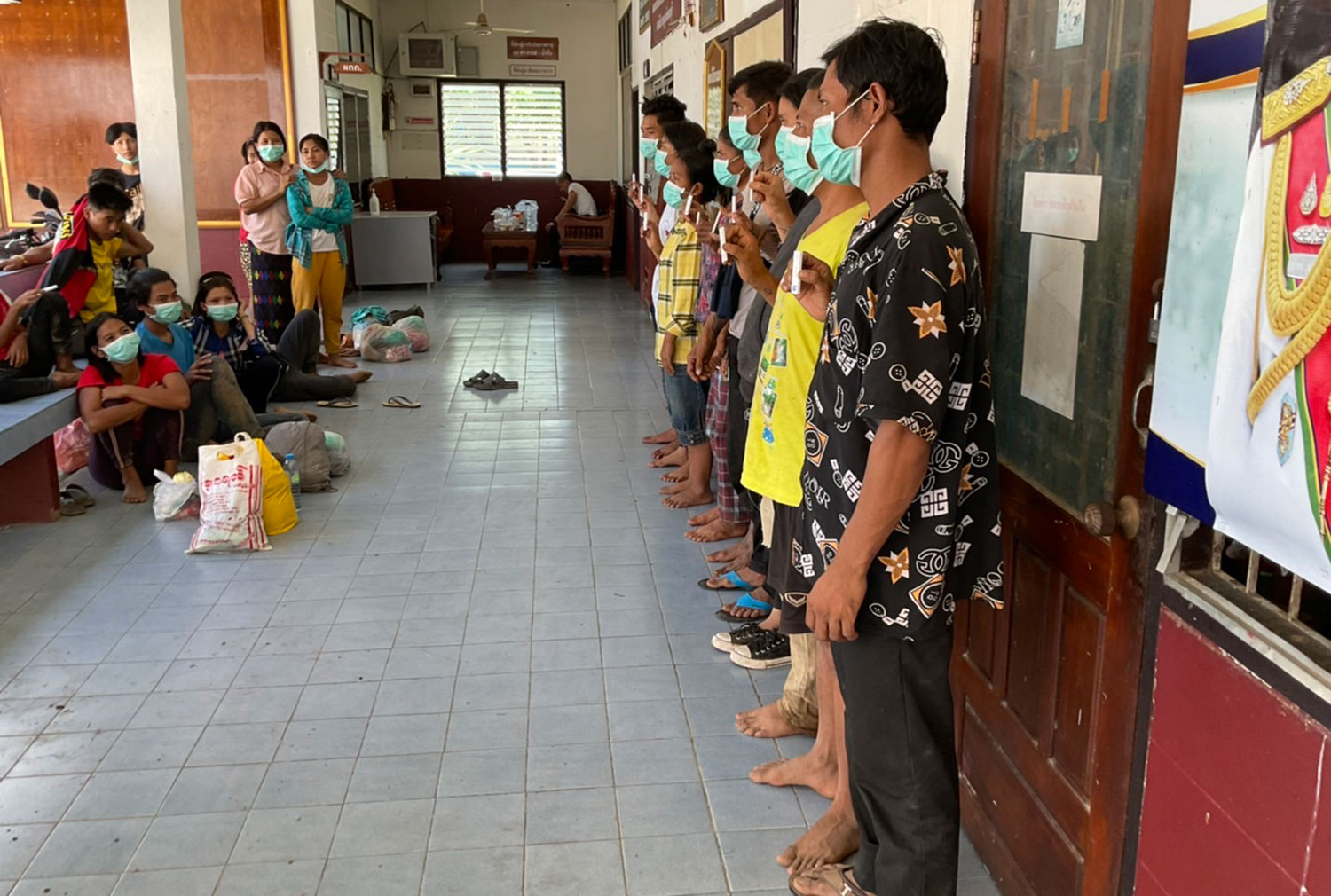 The government on Monday announced its readiness to host the Asia-Pacific Economic Cooperation (Apec) Economic Leaders' Meeting and other related gatherings on Nov 18-19.

The Royal Thai Air Force (RTAF) will have to tighten its belt and maximise the utilisation of its existing resources, assistant air force chief ACM Alongkorn Vannarot said on Monday.