An official shows turtles rescued from the luggage of two Indian women at Suvarnabhumi airport in Samut Prakan province on Monday. (Photo from the Department of National Parks, Wildlife and Plant Conservation)

Sathon Khong-ngern, chief of the wildlife checkpoint at Suvarnabhumi, said the animals were found when officials x-rayed the women's two suitcases.

The suitcases belonged to two Indian women - Nithya Raja, 38, and Zakia Sulthana Ebrahim, 24 - who were to leave Suvarnabhum airport on a Thai Airways flight to Chennai airport in India.

The women were detained and charged with violating the Wildlife Conservation and Protection Act of 2019, the Animal Disease Act of 2015 and the Customs Act of 2017.

They were handed over to the Suvarnabhumi airport police station for legal action. 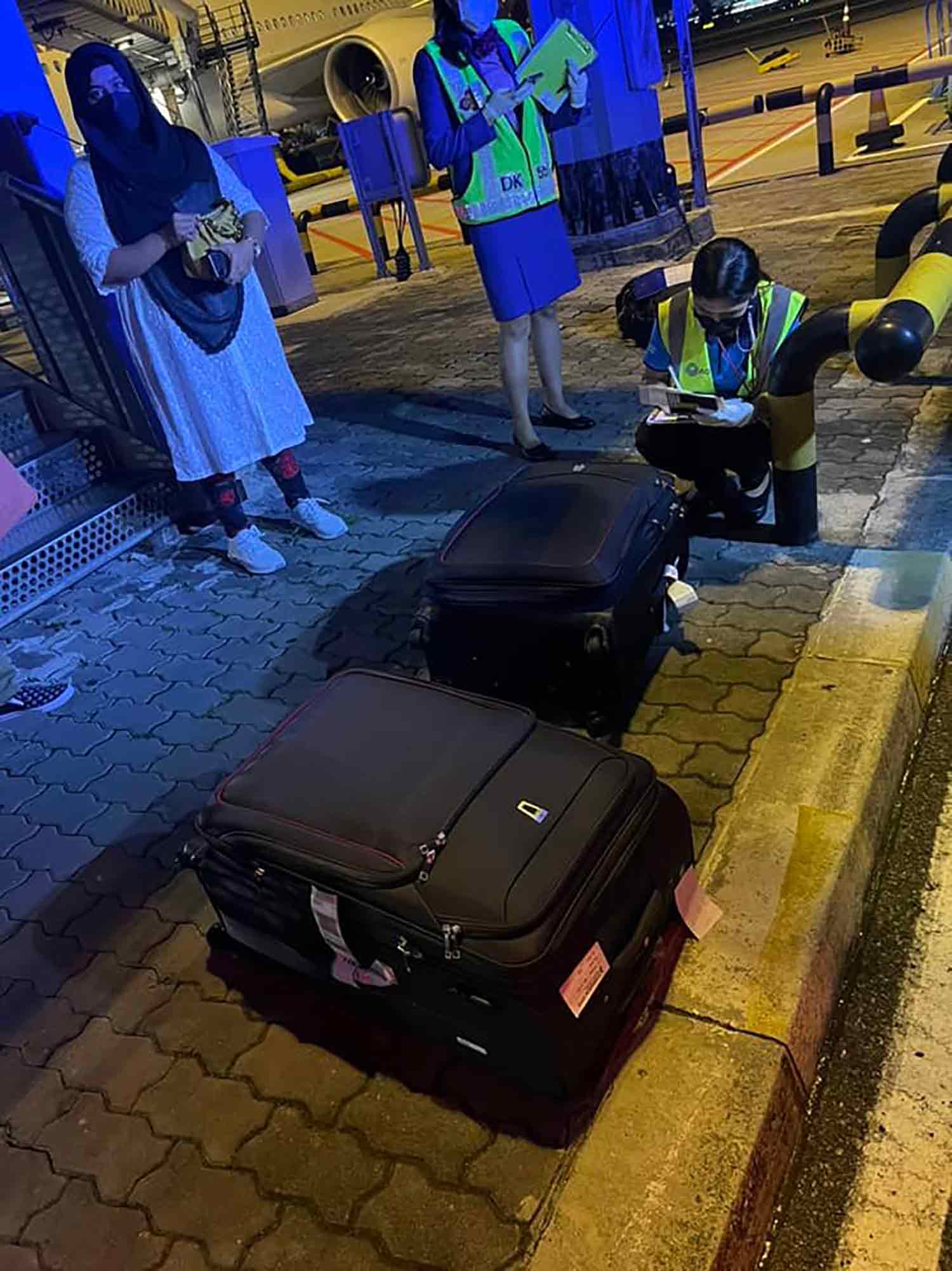 Officials seized bags from Indian travellers at Suvarnabhumi airport after X-rays revealed live animals inside. (Photo from the Department of National Parks, Wildlife and Plant Conservation.)