The country registered 2,695 new Covid-19 cases during the previous 24 hours, the Centre for Covid-19 Situation Administration (CCSA) announced on Thursday, 126 more than the day before and continuing a gradual increase after two weeks of between 1,500 and 2,500 daily cases.

Wednesday’s figures did not include 4,034 positive results from antigen tests. This would raise the total to 6,729.

Among the 2,695 new cases over the previousyuio 24 hours, there were 2,690 cases in the general population and five imported cases.

Of those in hospital, 684 were seriously ill patients with lung inflammation (up from 665) and 290 dependent on ventilators (down from 300).

“Officials are concerned about the increase in patients with lung inflammation but the situation is still within the expectation of the Ministry of Public Health because the face mask mandate was lifted and entertainment places reopened in 31 provinces early this month,” CCSA spokeswoman Apisamai Srirangson said. 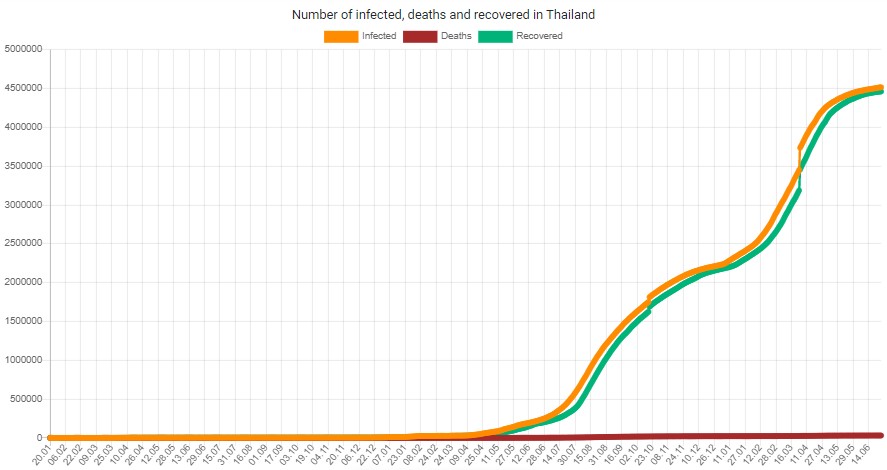 Bangkok logged one new death and there was one new fatality in the adjacent province of Samut Prakan.

The Northeast saw five new fatalities - two each in Khon Kaen and one each in Yasothon, Loei and Nakhon Phanom.

“All of the new fatalities were vulnerable people more than 60 years old who had chronic diseases. Six of them or 43% were never vaccinated and six others had received their second vaccine dose more than three months ago,” Dr Apisamai said.

The accumulated death toll stood at 30,648 since the beginning of the pandemic, including 8,950 so far this year. 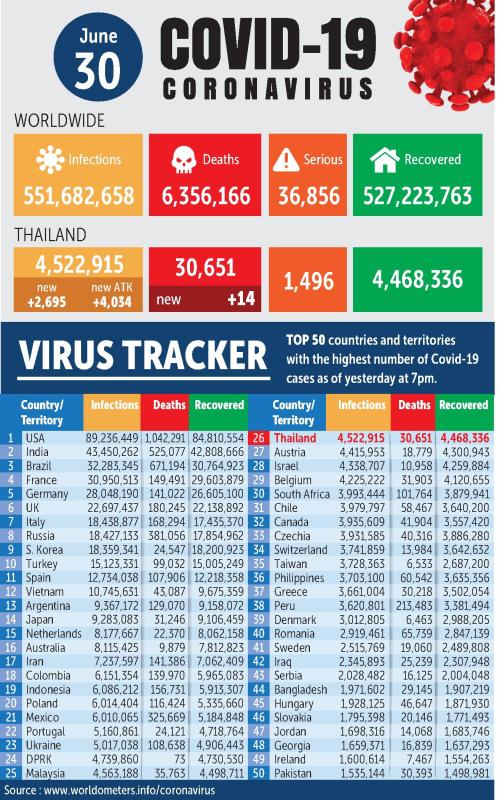