Medics give first aid to Frank Gjesvold, 54, a Norwegian found stabbed in the abdomen in a hotel room in Pattaya, Chon Buri, on Wrdnesday night. (Photo: Chaiyot Pupattanapong)

CHON BURI: A 54-year-old Norwegian man was rushed to hospital after being found with a stab wound to his abdomen in a hotel room in Pattaya on Wednesday night.

Police and rescue workers were called to the hotel in South Pattaya about 11.30pm.

Inside, they found a seriously injured Norwegian man, Frank Gjesvold, 54, bleeding from a stab wound to  his abdomen. He was shouting loudly. Medics gave him first aid before sending him to Pattaya Memorial Hospital.

Police found no traces of violence in the room. They did find a packet of dried marijuana leaves and a lighter, he said.

Hotel staff told police that Mr Gjesvold had been staying at the hotel for about six months.

On Wednesday night they heard yelling inside his room. Staff said they had knocked on the door and called out to him several times, but he did not open the door. They then used a spare key to open the room and were shocked to see blood scattered over the floor. They called police.

According to Thai media reports, the man stabbed himself. This could not be confirmed.

The police investigation was ongoing 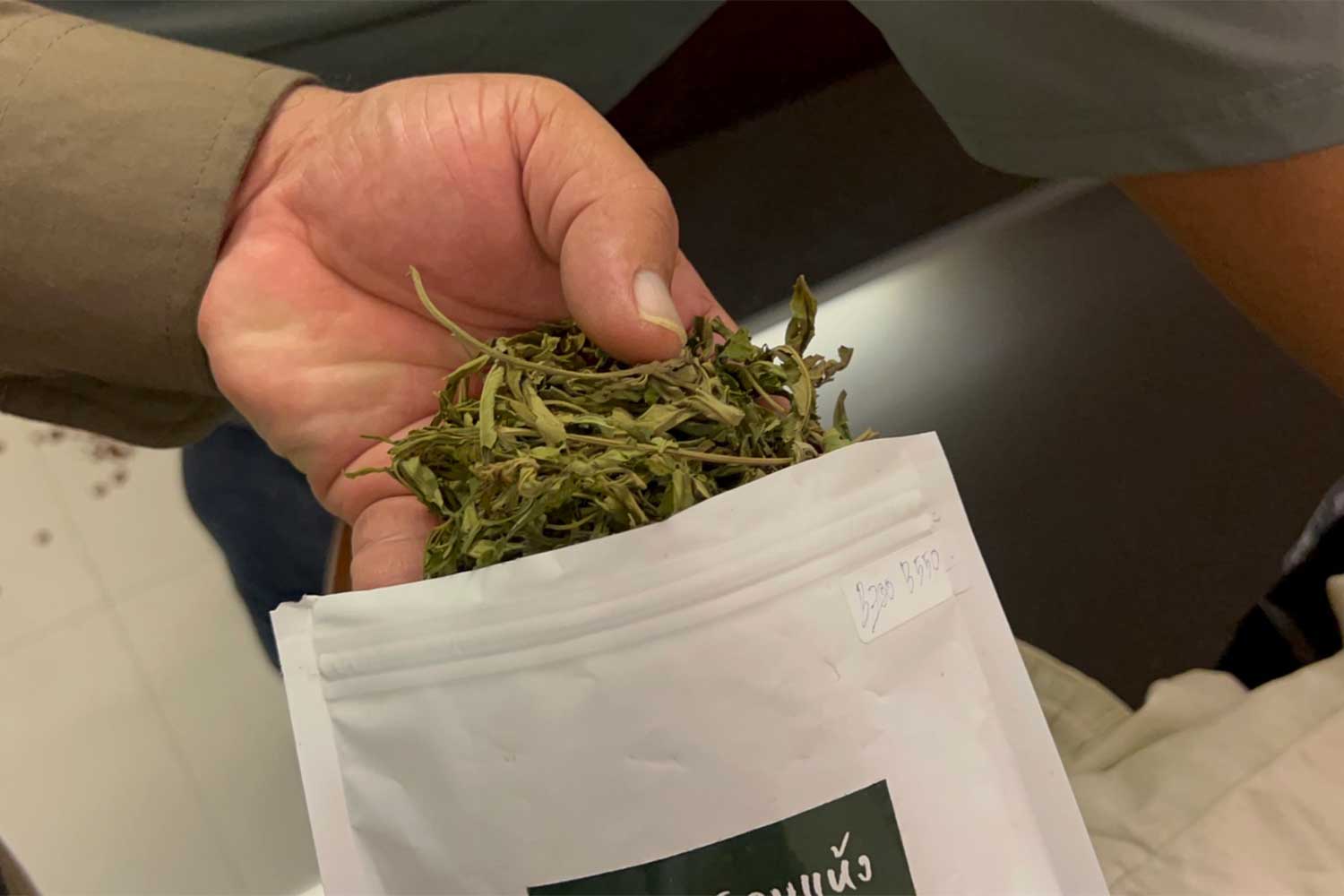 The small packet of dried marijuana found inside the room. (Photo: Chaiyot Pupattanapong)