JSL Global Media, a leading TV content provider, has announced the partial shutdown of its business from July 1. (@JSLGlobalMedia Facebook)

The company posted the statement on its Facebook page. It has been producing television programmes for state and private broadcasters for 43 years.

The announcement confirmed rumours that spread on Wednesday night that the media company would close part of its business.

The announcement, in Thai, said:

“JSL Global Media Co has provided content to television channels and trained and provided people for the entertainment industry, both in front of and behind the cameras, and been hired to produce creative media programmes for the public and private sectors for 43 years.

"Over the past eight years there has been a major shift in the media industry, such as the emergence of many TV stations, digital disruption and the Covid-19 pandemic, that have tremendously affected the company’s business.

"Even though the company has tried to adapt its business in various ways in an effort to stay in the entertainment industry and produce constructive and quality work for the audience to view, it has yet to achieve its target.

According to the Department of Business Development, under the Commerce Ministry, JSL reported losses of 57 million baht in 2021.

Over the seven years 2015 to 2021 its revenue had dropped, with accumulated losses of 188 million baht.

JLS began producing television shows for army-run Channel 5 in 1979 and later extended it scope to produce many programmes for Channel 7, Channel 3, iTV, Thairath TV and other television channels. 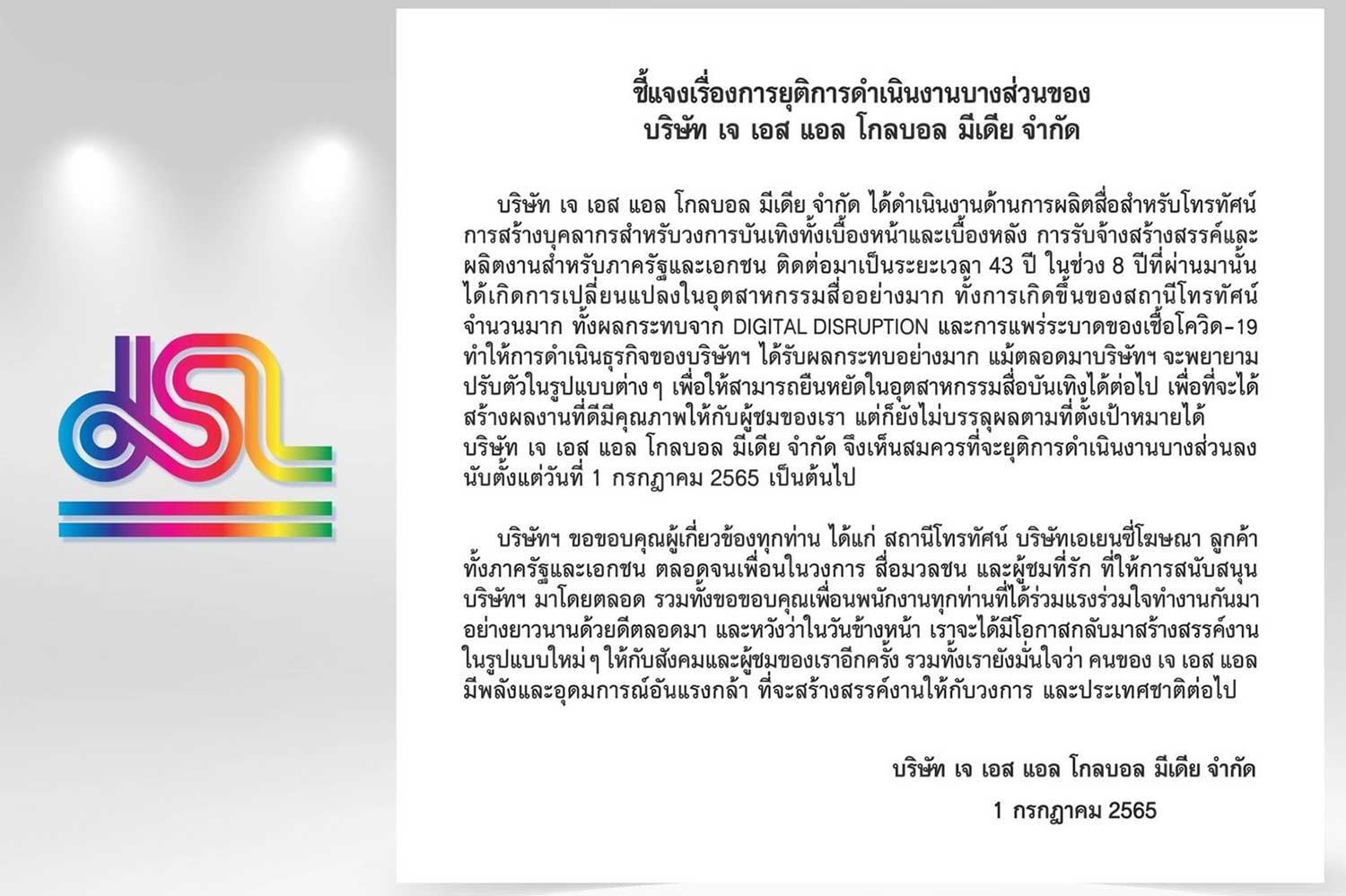