SURAT THANI: A man escaped with only minor injuries when his sport-utility vehicle was hit by a sprinter train at an unmanned railway crossing in Tha Chang district on Friday.

The accident occurred near the entrance to Wat Intharam in tambon Tha Khoei, said Pol Capt Charit Vetkosit, deputy investigation chief at Tha Chang police station. The incident was reported to police around 10.30am.

Police and rescue workers rushing to the scene found a badly damaged Ford Everest SUV with Bangkok licence plates near a ditch, about 30 metres away from the railway crossing. The driver, Thip-ard Phongrungruangkul, sustained injuries to his left arm and was sent to Tha Chang Hospital.

According to a preliminary police investigation, Mr Thip-ard, a 43-year-old Hat Yai resident, was driving alone. While the SUV was passing through the railway crossing with no barriers, the approaching Surat Thani-Bangkok sprinter suddenly struck the back of the vehicle. The impact of the crash threw the SUV off the track.

The train was slightly damaged and later continued the trip. 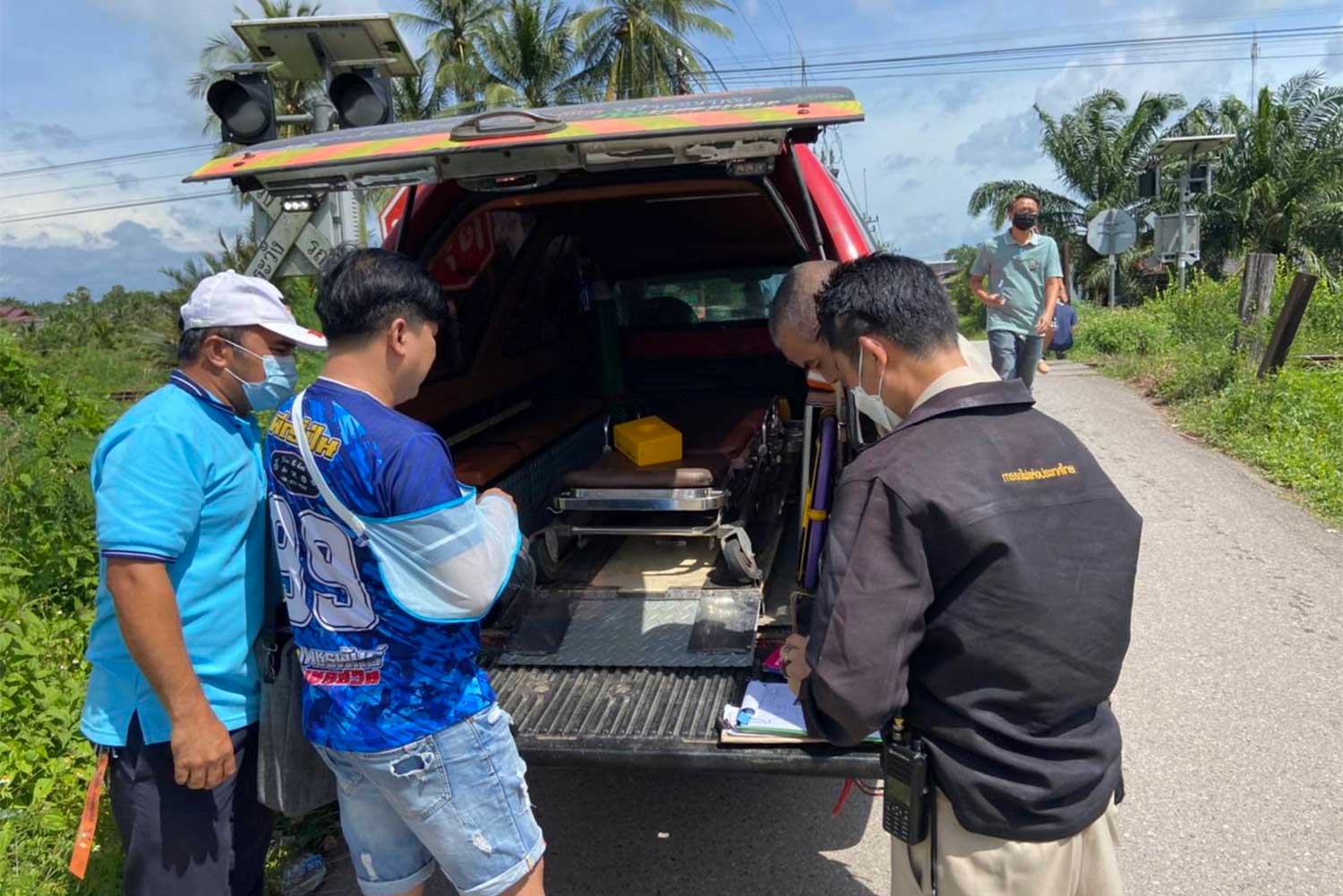 Thip-ard Phongrungruangkul escapes with arm injuries after his SUV was hit by a train at the railway crossing in the southern province of Surat Thani. (Photo: Kusolsattha Surat Thani rescue foundation) 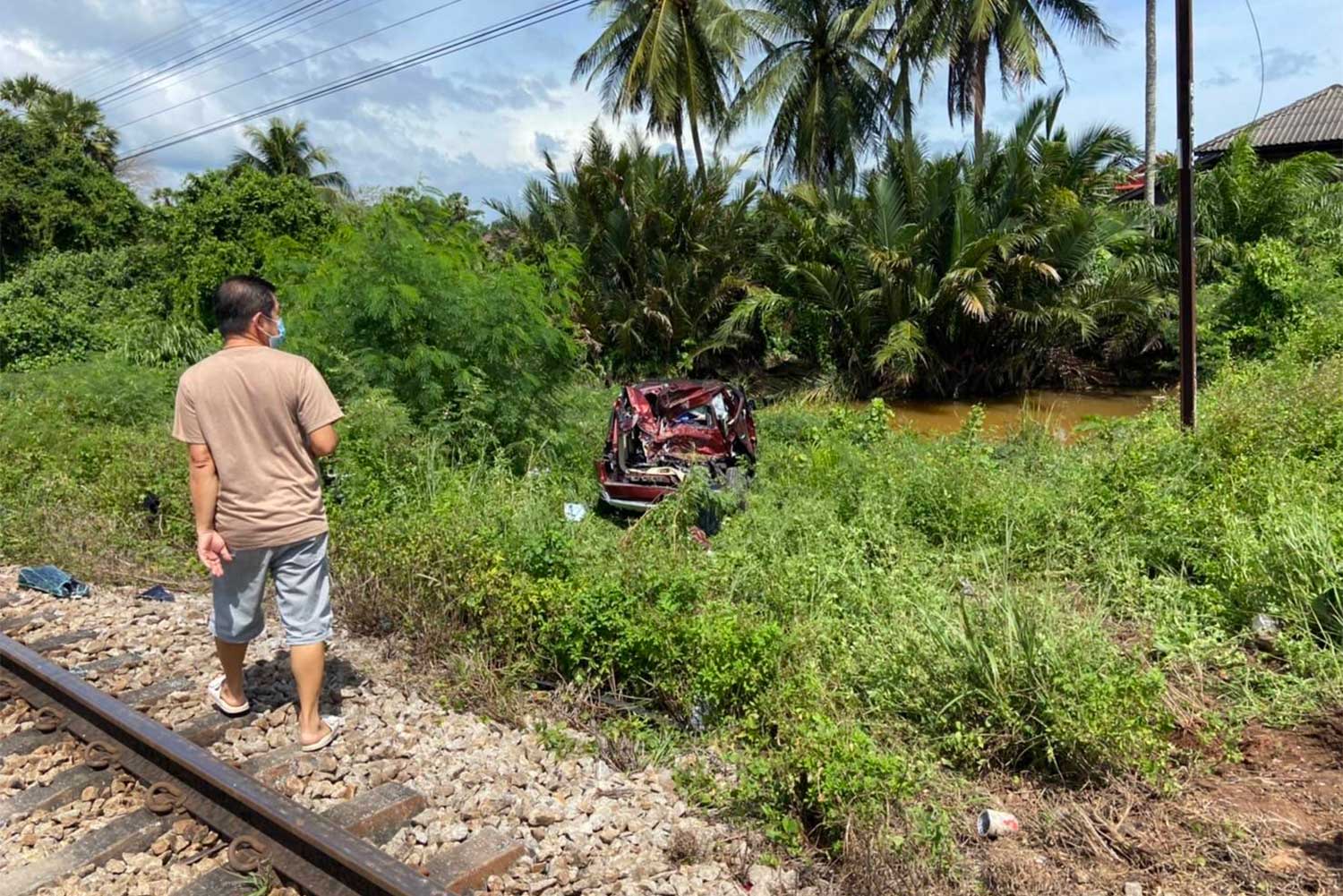 A lresident looks at the badly damaged vehicle after it was hit by the sprinter train in Surat Thani. (Photo: Kusolsattha Surat Thani rescue foundation)