This compared with the 16 coronavirus-related fatalities and 2,354 new cases reported on Friday morning.

The new case numbers did not include 3,489 positive results from antigen tests over the previous 24 hours, which would raise the total to 5,997.

All 2,508 cases over the previous 24 hours were among the general population.

Of those in hospital, 675 were seriously ill patients with lung inflammation (down from 690), and 288 were dependent on ventilators (up from 286).

The Centre for Covid-19 Situation Administration (CCSA) reported on Saturday afternoon that the 17 people who died were aged from 52 to 90 with the average age of 75. They were seven men and 10 men. By nationality, fifteen were Thais, one Japanese and one Swiss.

Bangkok reported two new coronavirus-related deaths, and there was one in the adjacent province of Samut Prakan.

Other provinces in the Central Plains further from the capital saw five new deaths – three in Ratchaburi and one each in Samut Songkhram and Trat.

The North had three – two in Kamphaeng Phet and one in Lampang.

The South reported two new deaths – in Phuket and Yala. 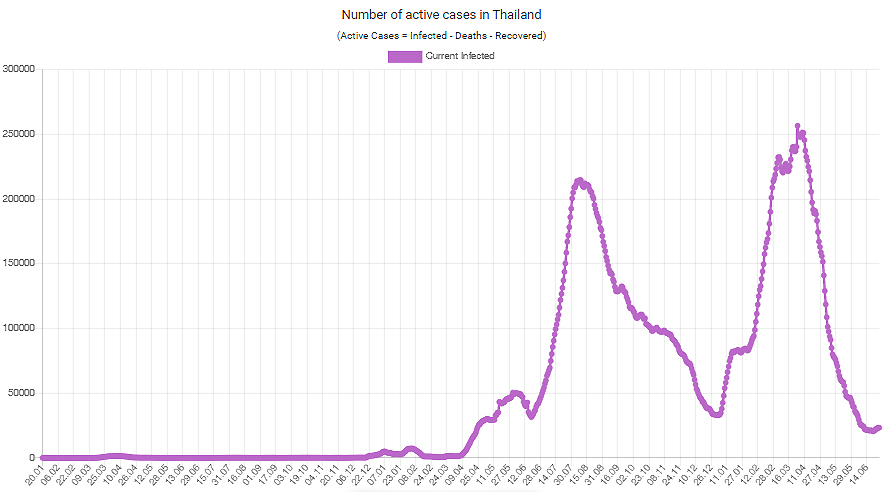 Vaccinations continued to progress, with 139.89 million doses administered as of Friday. 81.9% of the population have now received at least one dose of the vaccine, 76.5% at least two shots and 42.7% at least one booster shot, according to the CCSA.

The accumulated death toll stood at 30,681 since the beginning of the pandemic, including 8,983 so far this year. 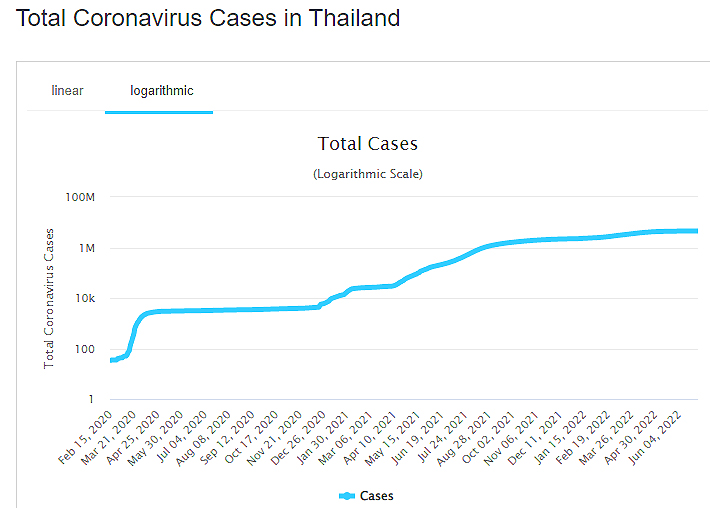