At least two people were killed and three others wounded when a bomb dropped by a Myanmar fighter jet missed its target and landed in a Karen village just 400 metres from the Thai border late Friday night.

The incident came just a day after a MiG-29 fighter jet strayed into Thai airspace over Pop Phra district of Tak province. The military government of Myanmar apologised and Prime Minister Prayut Chan-o-cha said the incident was “no big deal”.

The attack on Friday night forced almost 100 villagers to flee across the Moei River into Thailand.

The Myanmar military reportedly was using the MiG-29 jet to drop one large bomb targeting the Karen military outpost at Thibabo village in Myawaddy town, but the bomb landed in the middle of the village.

The people who were killed and wounded in the attack were having meals in their house at the time. The wounded were sent for treatment at Phop Phra Hospital. The attack took place just 400 metres from the Thai border, Thai media reported.

Thai PBS and Amarin TV reported that three villagers were killed and three others wounded but this has not been confirmed.

Amarin TV reported that the bomb landed on the house of the head of Thibabo village. The wounded people were taken across the Moei River by boat to seek treatment at the hospital in Phop Phra with permission from Thai authorities.

According to Amarin TV, the dead victims had official documents issued by Thai authorities. One had a Thai ID card, another had a card for highland people and the third person had a 10-year card.

One of the wounded people also had a Thai ID card and another one had a card for highland people. There were no details about the documents held by the third victim.

After the attack, 92 Karen villagers, mostly children and women, fled across the Moei River to seek refuge at Muenruechai Moo 5 village in Phop Phra.

A house in a village on the Thai side of the border was also damaged by shrapnel that landed on its roof. No injuries were reported.

Loud explosions in Myanmar have left residents of two Thai border villages gripped with fear in recent days. Many have been taking shelter in bunkers.

Thai soldiers have been deployed to beef up security along the border.

Metha Matkhao, secretary-general of the Campaign for Popular Democracy (CPD), on Saturday proposed that the government declare a no-fly zone over the Thai-Myanmar border.

Thailand, he said, must have a firm stand not to support “war criminals”.

Mr Metha said a Myanmar air force fighter jet crossing into Thai airspace clearly showed that Myanmar infringed on Thailand’s sovereignty even though the Thai government did not consider it as a serious threat.

He called on the Thai government not to show its support to the Myanmar military in suppressing ethnic groups in the country, as doing so would badly tarnish the image of Asean and Thailand.

Mr Metha also urged the government to investigate allegations made by Maj Gen Nerdah Bo Mya, chief of staff of the Karen National Defence Organization (KNDO), that some of the pilots of Myanmar air force fighter jets might be Russian nationals.

The Irrawaddy, a news outlet specialising in Myanmar, reported earlier this year that Russian pilots have been frequent visitors to Myanmar to provide aviation training as well as maintain and upgrade aircraft procured from Russia at Meiktila Air Base in Mandalay region. 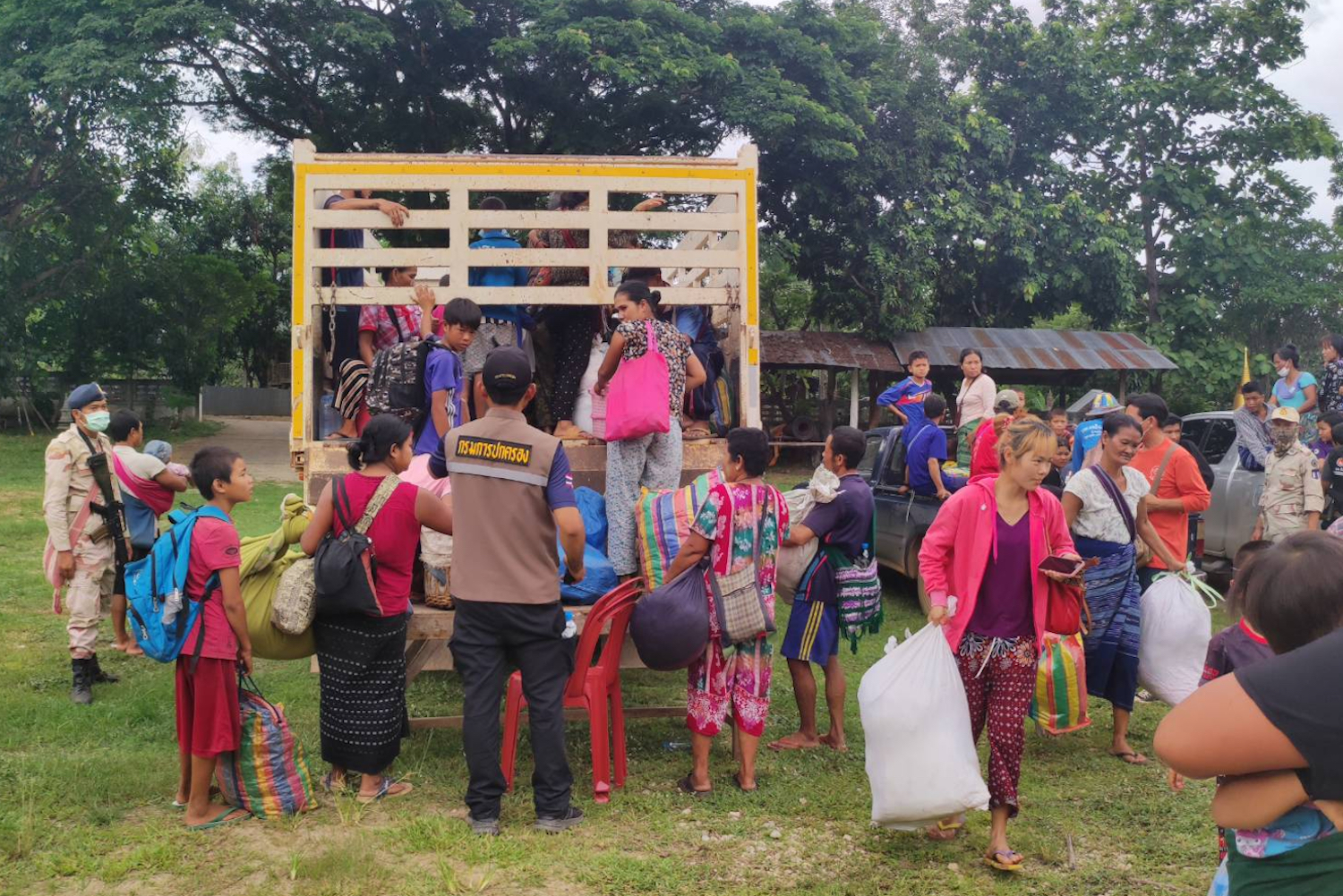