Many people still wear face masks against Covid-19 when out in the open, even though it is no longer mandatory. (Photo: Pornprom Satrabhaya)

There were 22 more Covid-19 fatalities and 2,428 confirmed new cases on Tuesday, the Centre for Covid-19 Situation Administration (CCSA) reported on Wednesday.

Tuesday’s figures did not include 4,079 positive results from antigen tests. This would raise the total to 6,507.

This compared with the 18 coronavirus-related fatalities and 1,917 new cases reported the previous day. 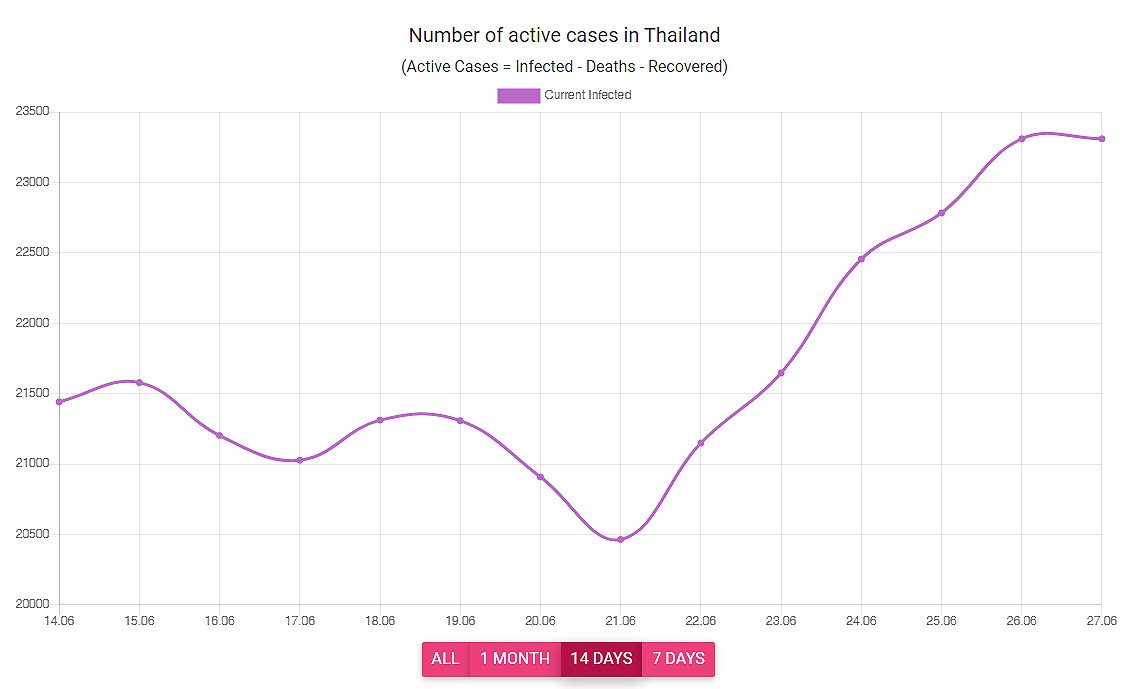 Bangkok reported three coronavirus-related deaths and there were five in adjacent provinces - two each in Samut Prakan and Nonthaburi and one in Samut Sakhon.

Other central plains provinces further from the capital had seven deaths - two in Ang Thong and one each in Nakhon Sawan, Sing Buri, Samut Songkhram, Phetchaburi and Prachuap Khiri Khan.

The North reported no deaths.

The Northeast reported six - two deaths in Ubon Ratchathani and one each in Surin, Si Sa Ket, Khon Kaen and Kalasin.

The South had one, in Phuket.

Of the 2,428 new cases over the previous 24 hours, there were 2,424 cases in the general population, one among prison inmates and three imported.

The accumulated death toll stood at 30,758 since the beginning of the pandemic, including 9,060 so far this year.