The Swiss ambassador visited Gen Prayut to say farewell upon the completion of her posting to Thailand.

After going through the formalities, Gen Prayut walked Mrs Artierda to the front of the Thai Khufa building, to see her off.

There, the prime minister saw the red Mini Cooper waiting to take Mrs Artierda back to the embassy. He expressed an interest in the vehicle and asked for information about it.

After learning that it was an electric car powered by clean energy, he quickly asked for a ride.

The embassy's driver took him around the front yard. Then Gen Prayut asked for a test drive.

This time he took the wheel, with the Swiss ambassador sitting at his side. He drove around, waving to news reporters and photographers. He was obviously impressed by it.

The ambassador and embassy officials left in the same vehicle after the farewell. 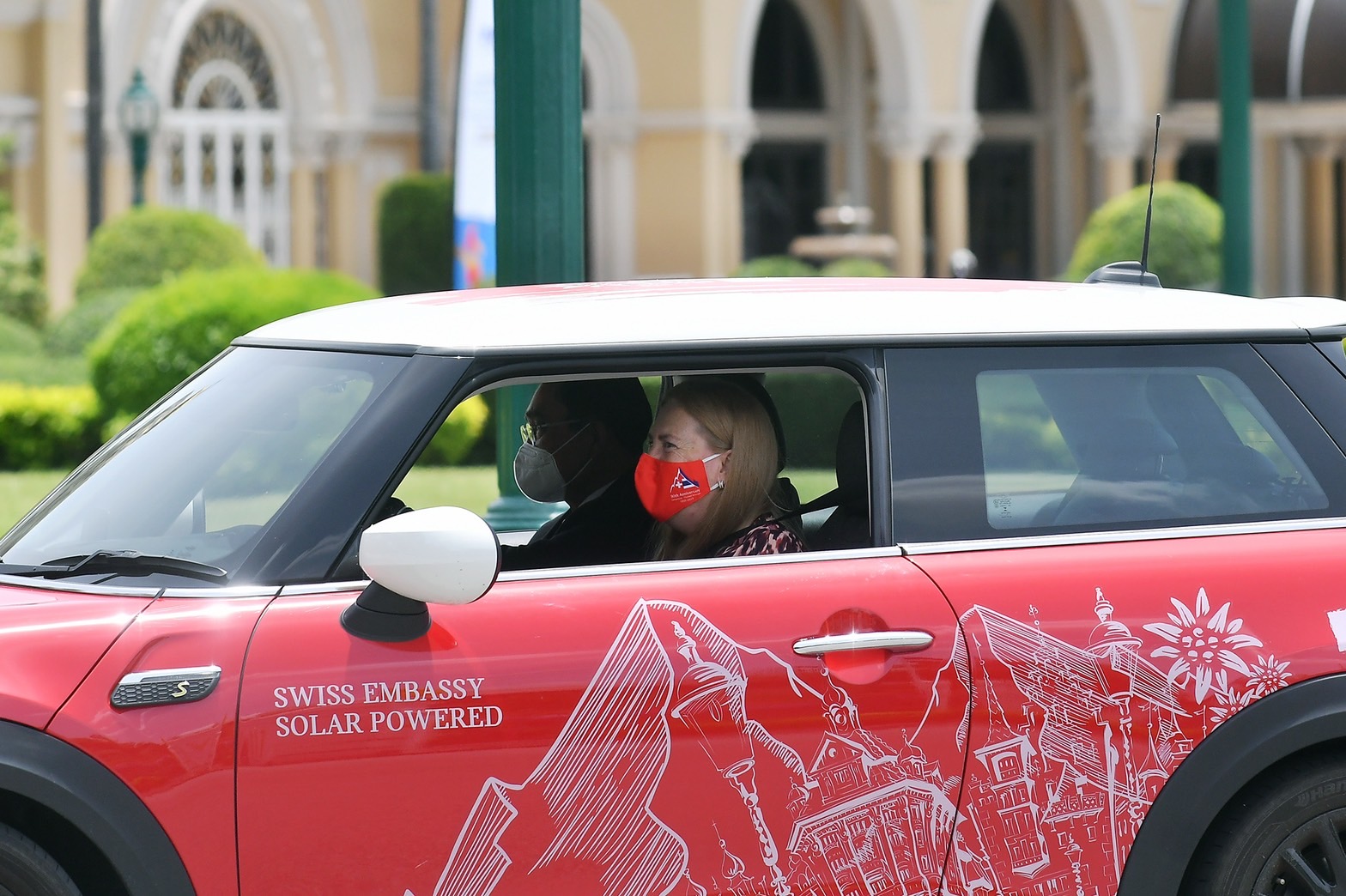 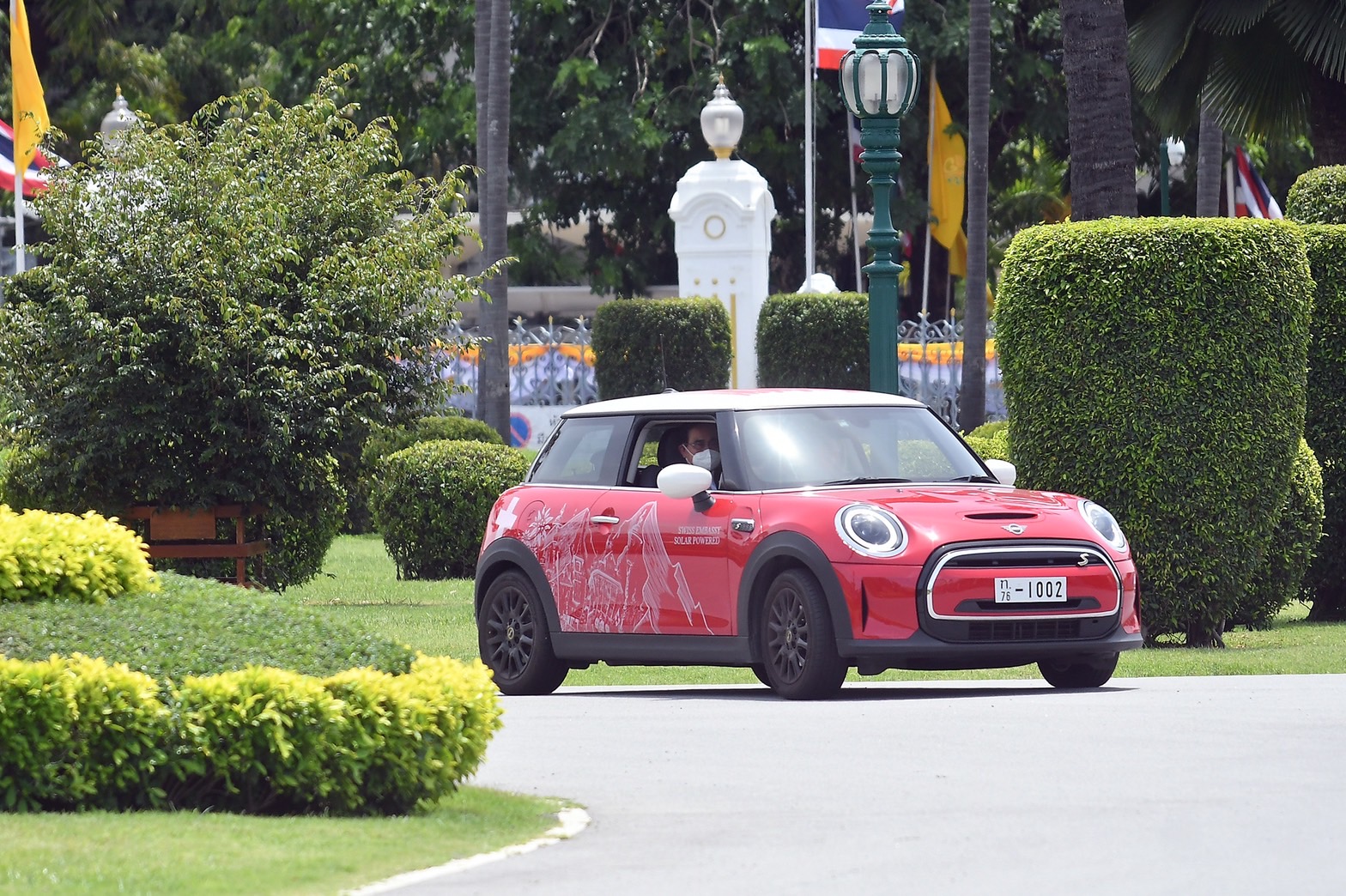 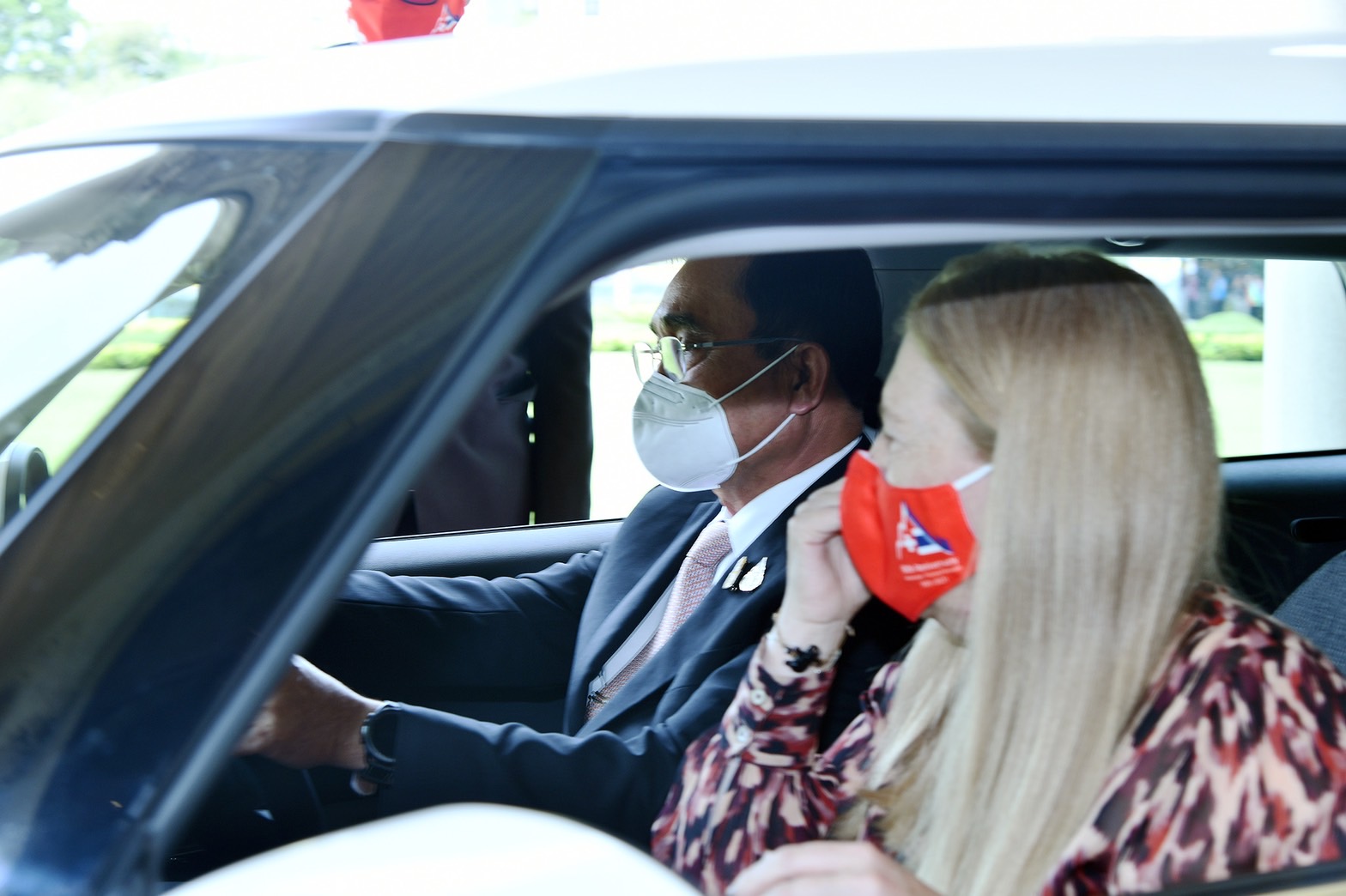 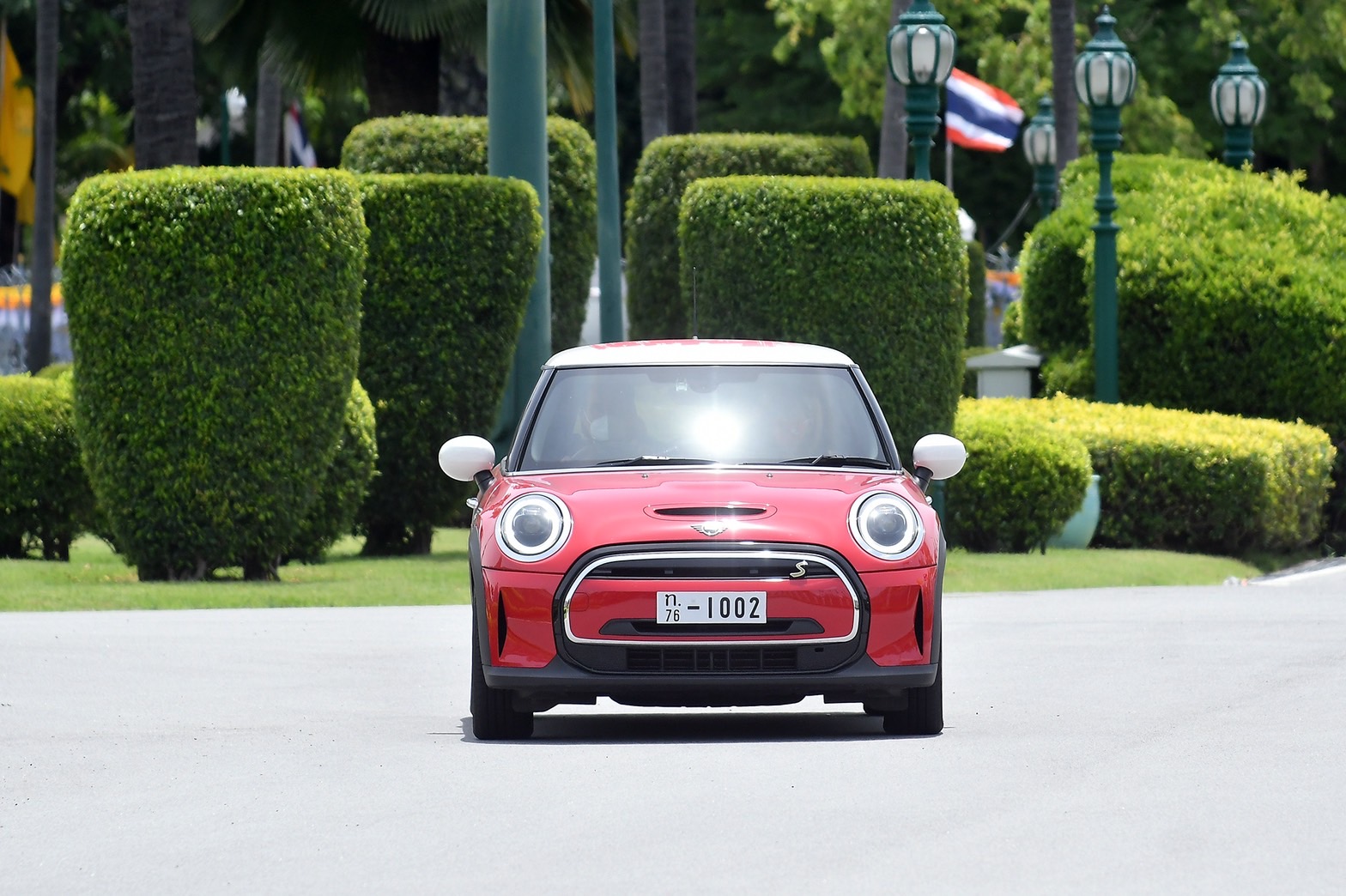