Police at the house in Chiang Mai where a 54-year-old Chinese man, Wang Wang Xiaoye (standing with no shirt) was shot in the buttock) on Tuesday afternoon. (Photo: Panumet Tanraksa)

The three became involved in a heated quarrel around 2pm on Tuesday, Pol Lt Gen Piya Tawichai, commissioner of the Provincial Police Region 5, said on Wednesday.

A shot was fired and the victim was hit in the right buttock. He was identified as Wang Xiaoye, 54, a Chinese national with a visa to stay in the kingdom until Sept 26 this year.

The wounded man was treated at Rajavej Hospital in Muang district,

Mr Wang told police via an interpreter that a Chinese woman he had kown for a while and a Chinese man had contacted him about buying antique bowls and he met them at a house in Chindanivet housing estate in Muang district.

Negotiations over the prices failed, he said. According to Mr Wang, the pair had then tried to extort 3 million baht from him. When he refused to pay a quarrel erupted.

He said the woman pulled out a .38 pistol and fired shots at him as he fled for his life. He was hit in the right buttock.

He told police that he fled to the Ping River, jumped into water and swam to the other bank. He then immediately called police.

Around 3pm on Tuesday Mr Wang took took police to the house where the two Chinese suspects stayed and one of them had shot him. The pair had vanished. They had reportedly fled in a white Toyota pickup truck, heading towards Chiang Rai province.

Pol Lt Gen Piya ordered a hunt that led to the arrest of the suspects in Chiang Khong district of Chiang Rai around 7.30pm on Tuesday.

They were taken to Mae Ping police station in Chiang Mai for legal action. 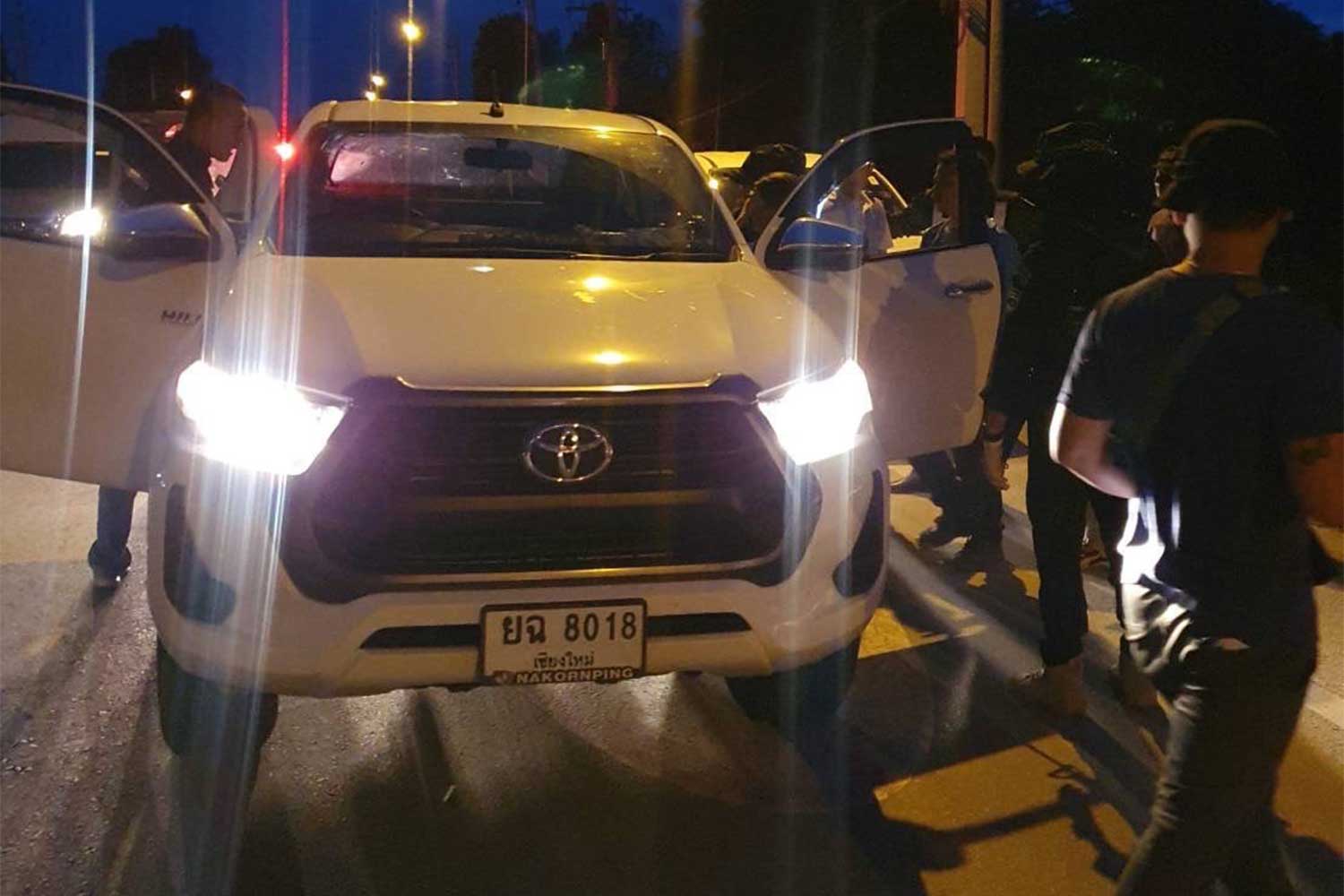 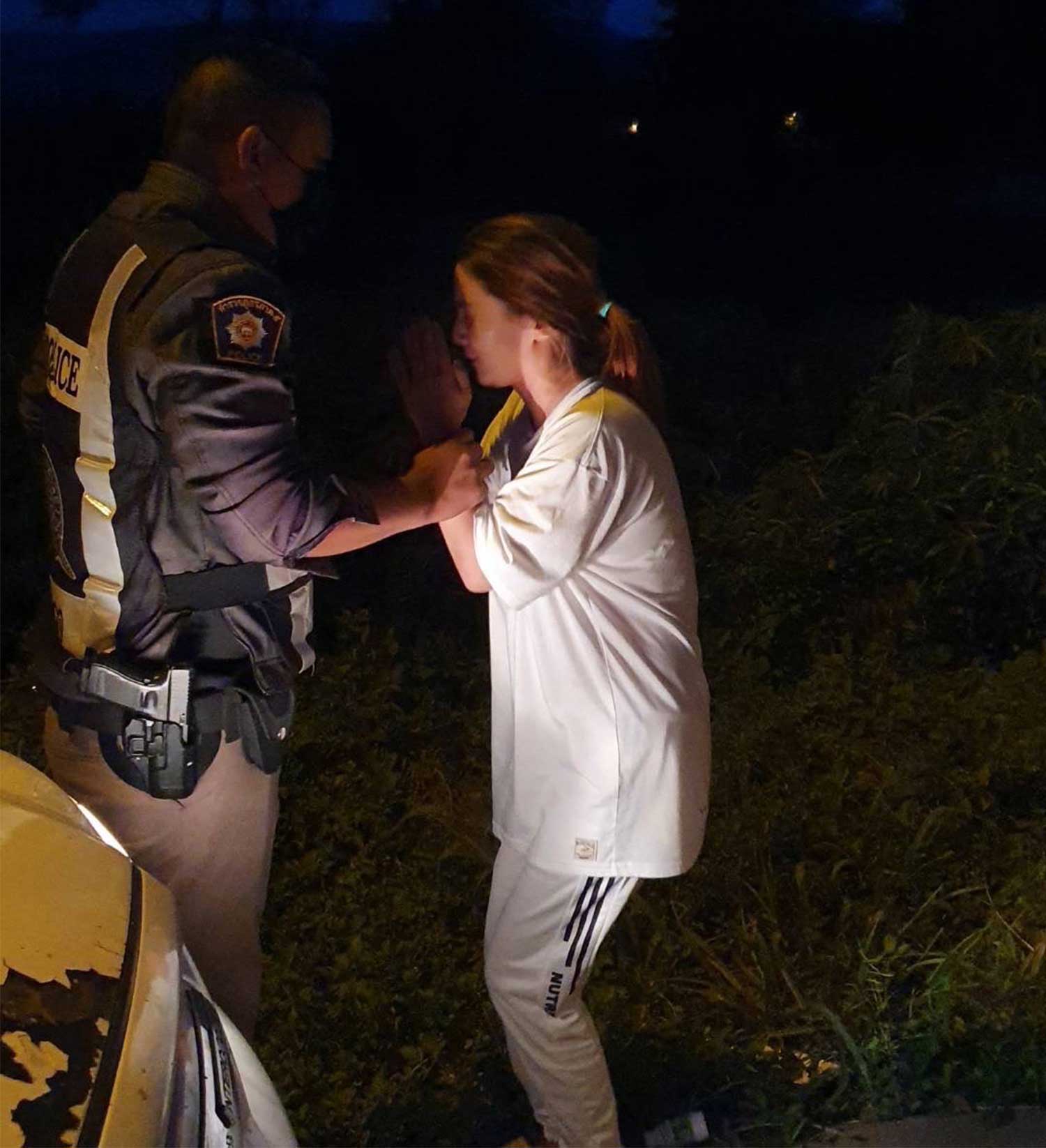