Kanokwan Chusuk announced her withdrawal from the Miss Universe Thailand contest on Monday, despite being voted by judges and fans into the last 30 from the 43 competing in two preliminary rounds.

She quit after learning that her teaching career would be in serious jeopardy if she continued in the competition.

A regulation enforced by the ministry since 1961 bans women teachers at public schools from taking part in beauty pageants at any level. Ignoring the regulation meant she could be sacked.

"Their duty as teachers could be ineffective and short of the expectations of the ministry because they might focus more on making themselves beautiful," the regulation states.

The regulation, dated July 26, 1961, was signed by then education minister ML Pin Malakul and circulated to all provincial governors. 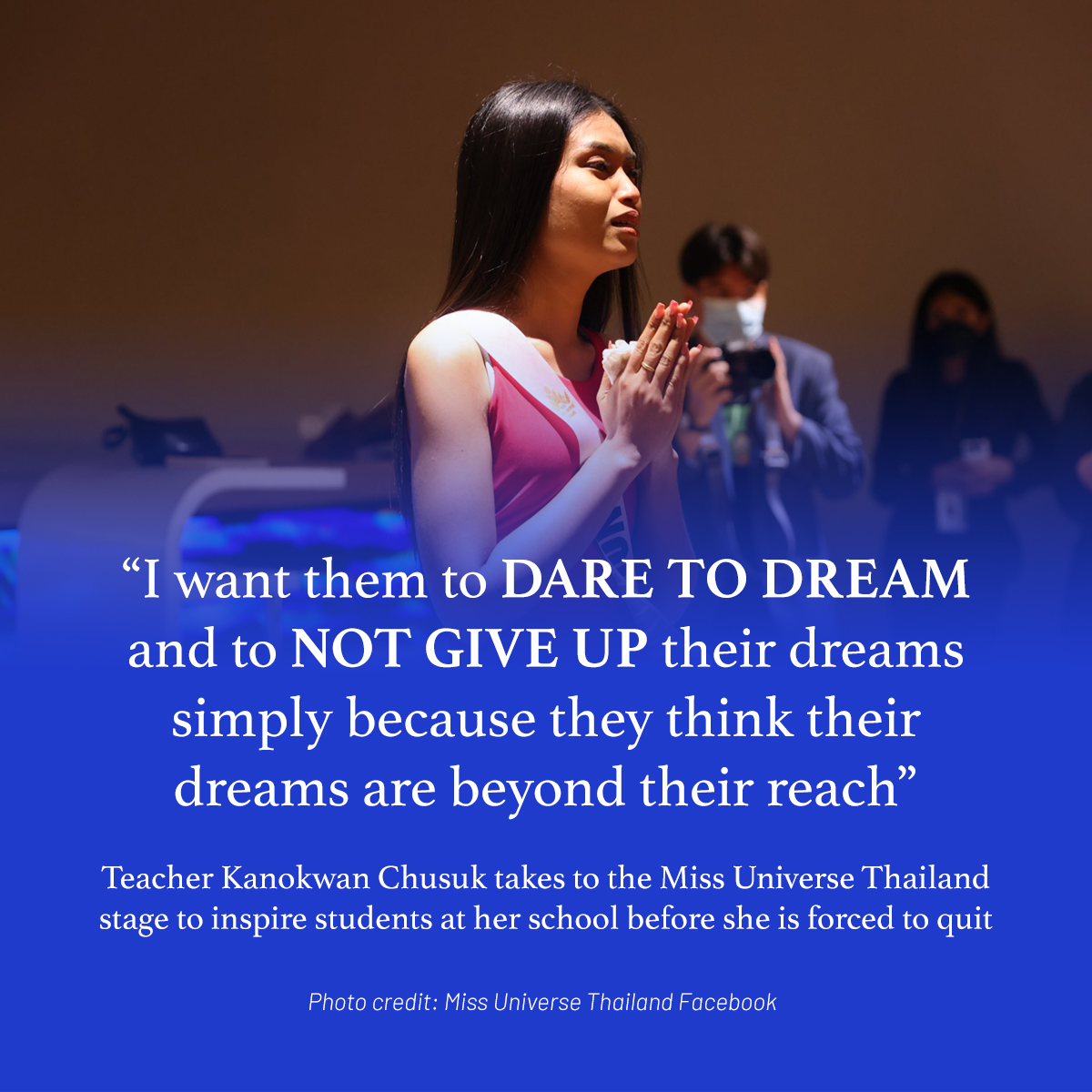 "I was stunned when I saw the regulation, which sent to me by someone. I have to respect my career and I must admit that I had not seen this regulation before," she told PPTV on Tuesday.

"Women today are knowledgeable. They have capability, potential and take responsibility for themselves and others," he said.

Education Minister Treenuch Thienthong promised to update the rule to reflect the realities of the presentday, while still maintaining the positive image of teachers.

Ms Kanokwan teaches at a school in Chumphon province. Her age and other details were not disclosed.

She said in an interview during a preliminary round on Monday that she took to the Miss Universe Thailand stage to inspire students at her school.

"I want them to dare to dream and to not give up their dreams simply because they think their dreams are beyond their reach," she said.