The car carrying six family members after it ran off the road and plunged down the hillside, in Nakhon Si Thammarat's Sichon district on Thursday afternoon. One woman was killed and five others, including the Norwegian driver, injured. (Photo: Nujaree Rakrun)

NAKHON SI THAMMARAT: A woman died when a car driven by her visiting foreign son-in-law plunged off a hill road leading to a viewpoint in Sichon district on Thursday afternoon.

The Norwegian driver and four other members of the family, including his wife and children, were injured.

Police and rescue workers rushed to the scene reported that a seven-seat car with Bangkok licence plates had rolled over as it plunged 20 metres down the hillside. The top of the vehicle was flattened and the six people in the car were seriously injured. All were taken to Sichon Hospital. One of them, a woman, Lamai Singthong, was later pronounced dead .

The injured were the Norwegian driver, whose name was given as Bjorn Sifla, his wife Suwandee, their daughters Natalie and Inthira, and his father-in-law Prasan Singthong. There was no official spelling of the driver's name.

Pol Col Kittisak said Ms Suwandee and her family had travelled from Norway to visit her parents in Sichon district. Her Norwegian husband was driving them to a viewpoint over the Gulf of Thailand. The road  was steep and unfamiliar to him, and it appeared he lost control and the vehicle ran off the road.

The police investigation was continuing. 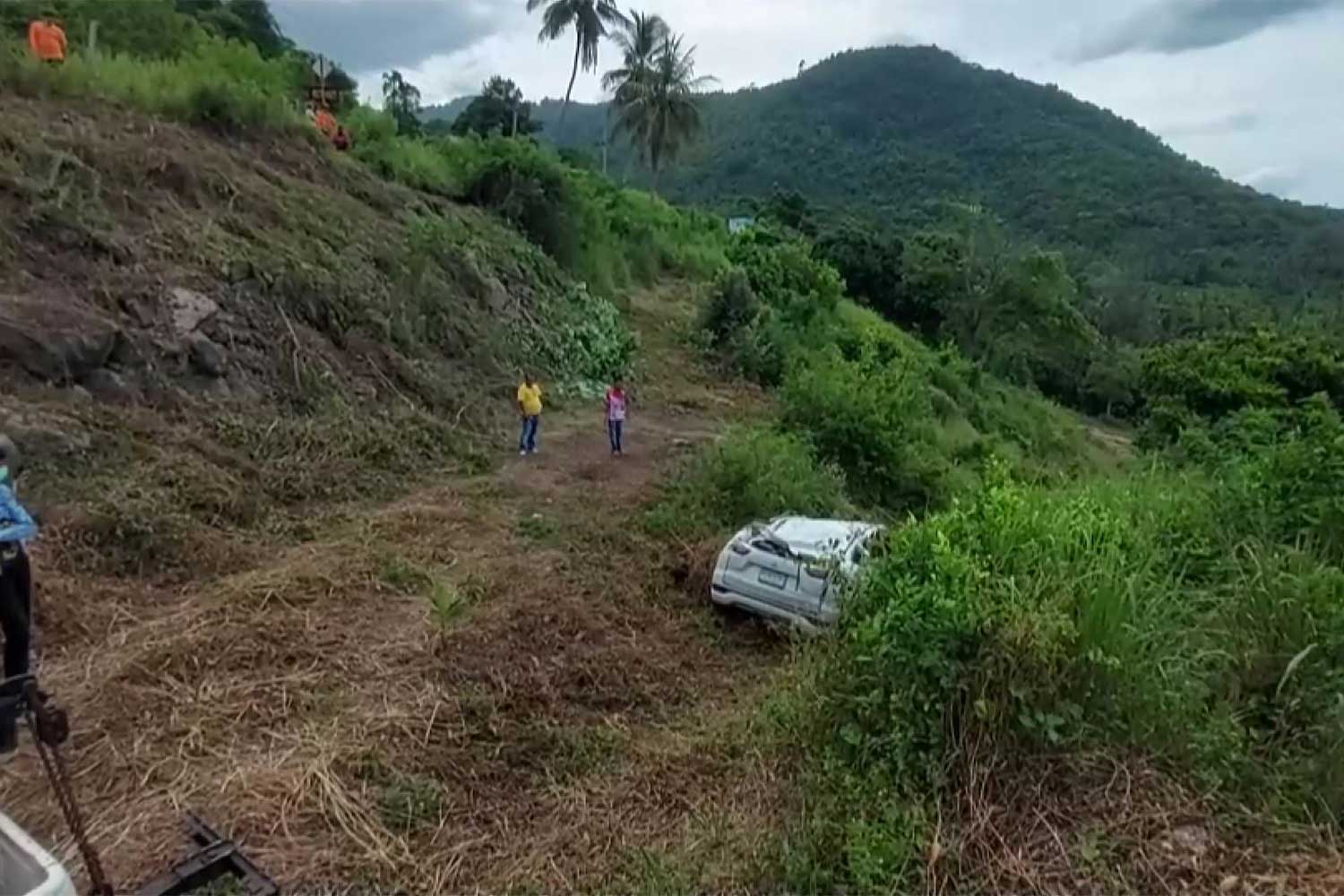 The family's car lies crumpled on the hillside after plunging from the road, in Nakhon Si Thammarat's Sichon district. (Photo: Nujaree Rakrun)