One of the cars involved in a nine-vehicle crash on Chaeng Watthana Road in Nonthaburi was folded in half after being struck from behind on Friday. (Photos: Jor Sor 100 traffic radio).

NONTHABURI: A No 166 bus with faulty brakes rammed into eight other vehicles on Chaeng Watthana Road near the Pak Kret intersection on Friday, resulting in six injuries.

The accident occurred about 10am and involved the public bus, five sedans, including a taxi, two pickup trucks and a passenger van, said Pol Capt Buchit Tima of the Pak Kret police station.

Three men and three women were injured and were rushed to nearby hospitals.

Bus driver Somporn Haree, 56, who was among the injured, told police that he applied the brakes when the bus approached the intersection, but it failed to stop and ploughed into the other vehicles. The bus had no passengers on board at the time, Mr Somporn said.

Police were investigating to see if the brakes were defective and whether the bus was travelling above the speed limit. 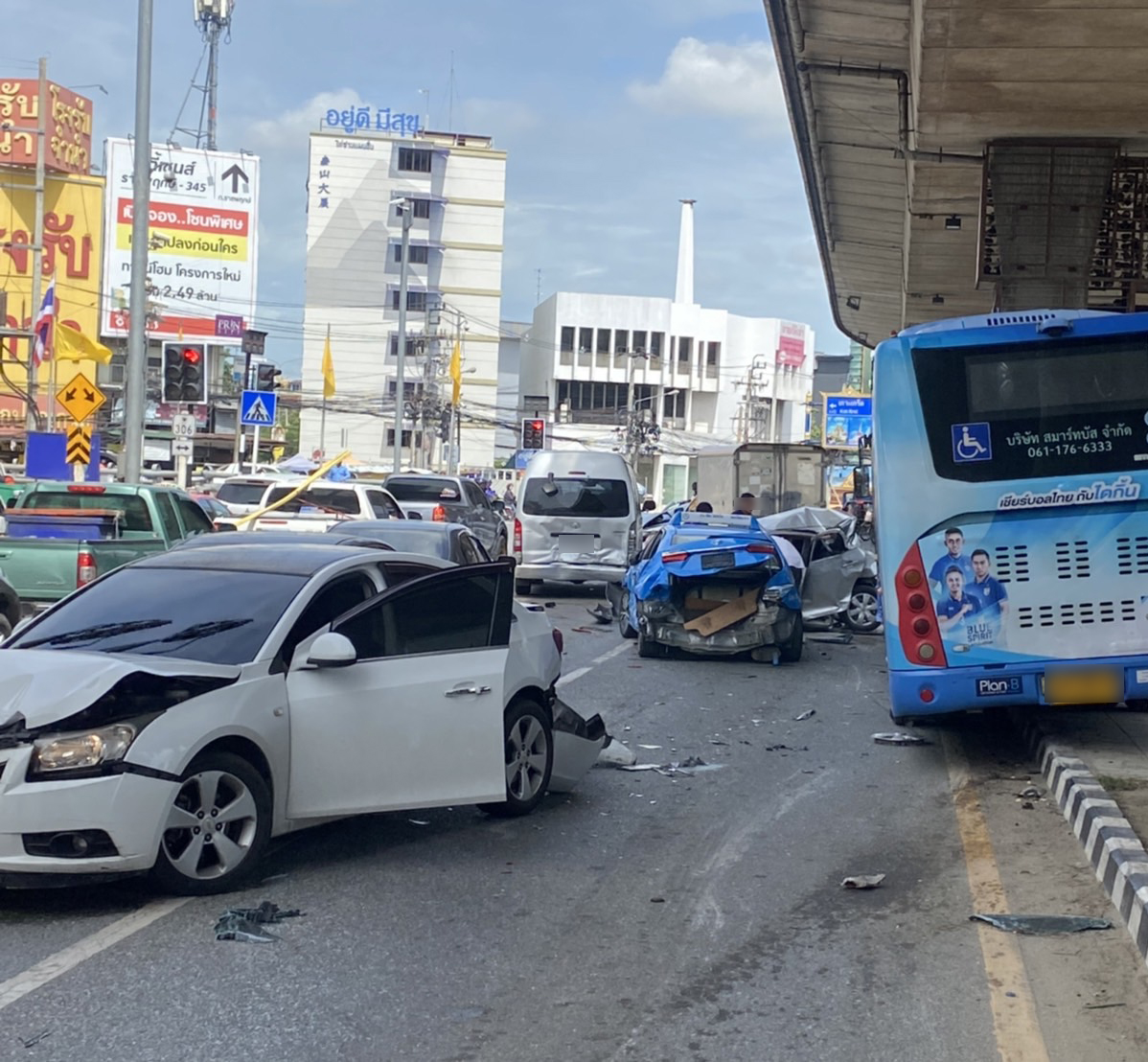