Bangkok Governor Chadchart Sittipunt has commended media organisations for helping promote City Hall's efforts to woo the public to participate in its projects.

The media representatives joined forces with Bangkok Metropolitan Administration executives to plant 1,000 trees. The press has so pledged to plant a total of 19,090 trees at other events following Sunday's kick-off.

The governor said the essence of the 1-million-more-trees campaign was to give all residents of the capital a chance to help make Bangkok greener and better.

The support from the media would get the message across and promote positive thinking for people in the capital, he added.

"We can change this city if we join hands together, with one person planting one tree. We will grow up with the trees and that is good enough to make our city a better place to live," he said. 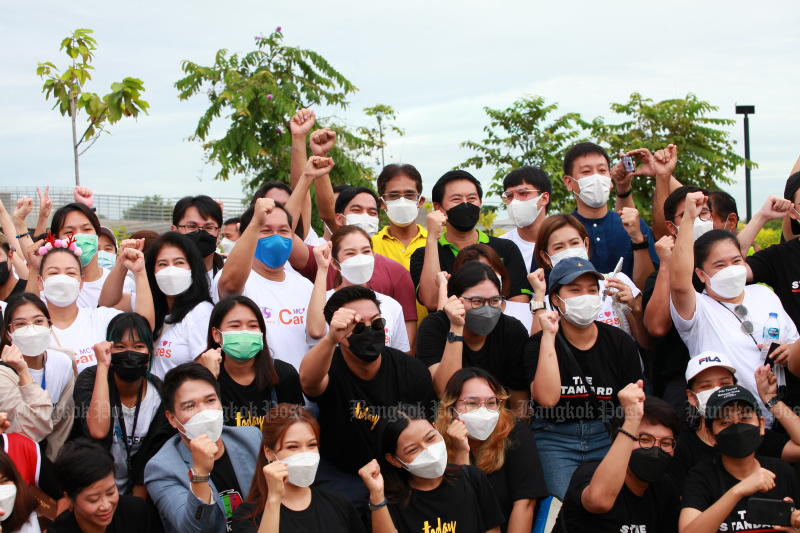 Journalists and other media organisation personnel pose for a group photo after planting trees in the park. (Photo: Apichart Jinakul)