The Public Health Ministry has urged people to continue taking precautions against Covid-19 so as to avoid the risk of contracting the disease during a five-day holiday starting on Wednesday. 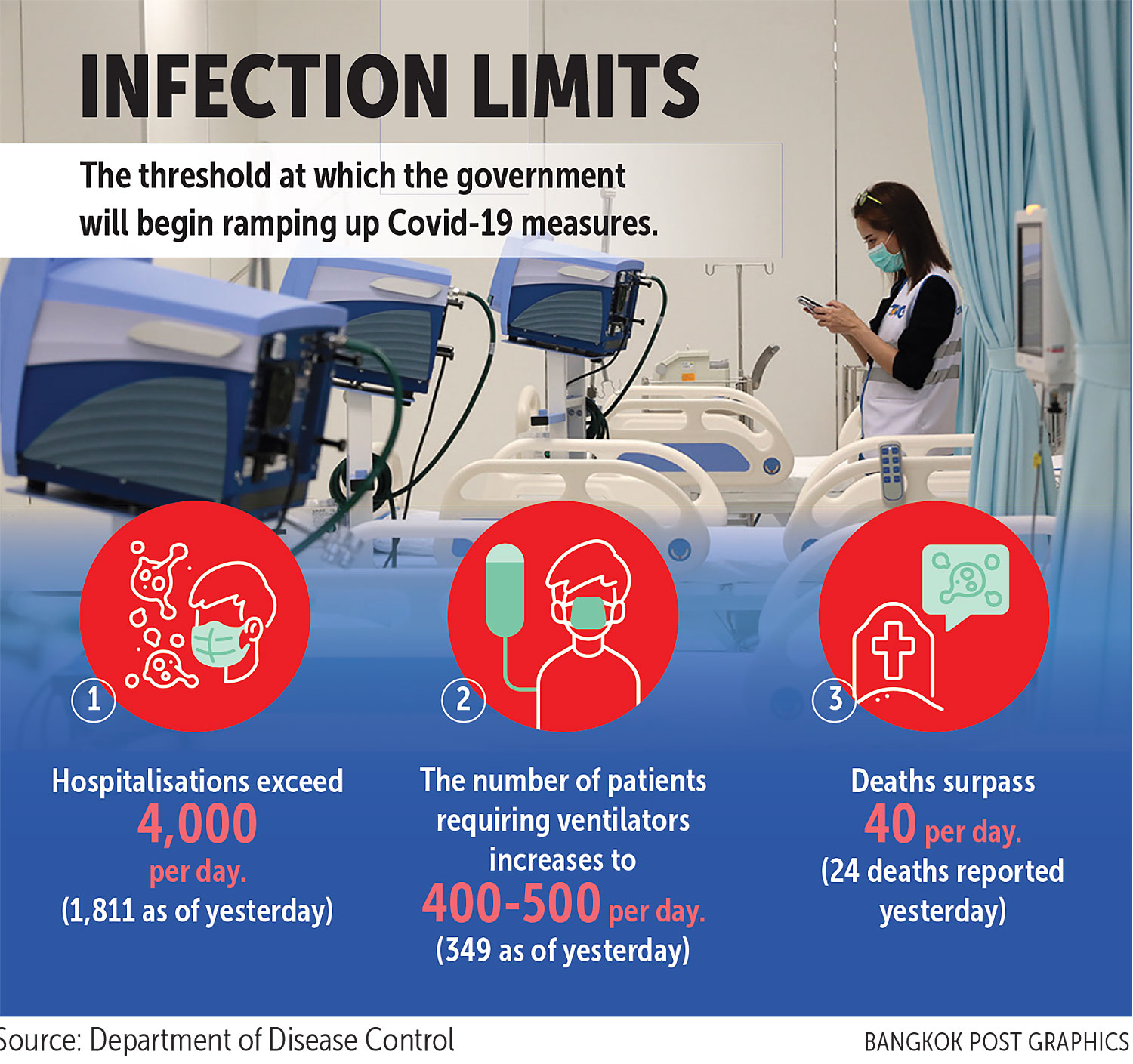 "Even if parties are thrown, pubs and bars open and crowds gather, people should continue to keep their guard up and the situation will be under control. We emphasise the need to prevent severe cases," Mr Anutin said.

He said that currently, this month more people are receiving booster shots than in the past several months.

"This is a positive sign. Despite the spread of BA.4 and BA.5 [Omicron subvariants], booster shots help prevent severe symptoms and death," Mr Anutin said.

Kiattiphum Wongrajit, permanent secretary for the Public Health Ministry, said that even though Thailand has already entered the post-pandemic era, small infection clusters can still be detected and infection rates will still tend to rise on occasion.

The long holiday period will see people gather and travel in large numbers, which will put them at risk of infection, Dr Kiattiphum said.

Those who travel across provinces may spread the disease to people at home, especially to high-risk groups including the elderly and people with underlying health issues, he said.

"Therefore, people must continue to take precautions and receive vaccine shots to boost their immune systems," he said.

"People should maintain physical distancing, wash their hands frequently, and wear masks when in the company of others," Dr Kiattiphum said.

Chakrarat Pittayawonganon, director of epidemiology at the Department of Disease Control, said yesterday that the national Covid-19 alert has been maintained at Level 2, even though rising case numbers were reported in some provinces.

During the long holiday, travel and tourism are necessary to stimulate the economy though people are advised to continue to take personal precautions, Dr Chakrarat said.

"Infections will most likely start in Bangkok and its surrounding provinces, and major cities before spreading to smaller cities," he said.

"Therefore, long holiday periods over the next several months may be another factor contributing to the faster spread of the disease to other provinces," Dr Chakrarat said.

"The faster infections spread, the higher the lung inflammation rates and this will strain hospital beds and supplies of medicines. We need to slow infections," he added.

He further said that there is a set of criteria for tightening measures to contain the spread of the virus.

If more than 4,000 people are hospitalised daily, the mask-wearing mandate, which was lifted on June 23, may be reinstated.

However, only 1,811 people were hospitalised yesterday, which is still below the criterion.

Containment measures will also be stepped up if the number of patients on ventilators increases to 400-500 per day and the number of deaths exceeds 40 per day, Dr Chakrarat said.

Supakit Sirilak, director-general of the Department of Medical Sciences, said yesterday that BA.4 and BA.5 cases had increased steadily in Bangkok over the past four weeks.

He also said BA.4 and BA.5 infections had gradually increased in other provinces.

"BA.4 and BA.5 infections started to surpass BA.1 and BA.2 slowly ... BA.4 and BA.5 were more widespread in Bangkok than in other provinces," Dr Supakit said.

"But naturally, such a situation begins in Bangkok and from there it will gradually spread to other areas outside of the capital," he said.

Regarding the severity of BA.4 and BA.5, he said that more than half of the 13 patients with severe lung inflammation, including fatalities, in Bangkok had had the two sub-variants.

However, Dr Supakit said there was still no conclusion over whether the sub-variants were more severe because the number of samples taken was still limited and hundreds of samples will be needed before any conclusion can be made.