They announced their intention to improve the footpaths, street lighting and greenery in Bangkok's prime business area.

An opinion survey of about 100 people in the area showed most of them wanted more greenery, clean footpaths, clearly marked pedestrian crossings and better lighting to ensure the safety of the public, she said.

Ms Oradee said plans were then drawn up to make this happen. Work on the improvements had already begun, starting in June, and should be completed in 120 days.

The project was being supported by the Bang Rak district office, Bangkok Metropolitan Administration's public works department and the Thai Health Promotion Foundation.

The new landscape would be well-cared for once completed, she said.

Ms Oradee said the desire to improve the appearance of Silom grew out of the fact that was the first business area in Bangkok. It had a long history and had been called the "Wall Street of Thailand".

"Silom is an area where tens of thousands of people circulate each day. They include company employees, nighttime revellers, train commuters, and more. Because of this its landscape must be improved, for their convenience and their safety," she said.

Governor Chadchart said the project was evicdence of strong cooperation by people in the area, with support from government agencies. It was initiated when Pol Gen Aswin Kwanmuang was Bangkok governor, but started only recently, he added. 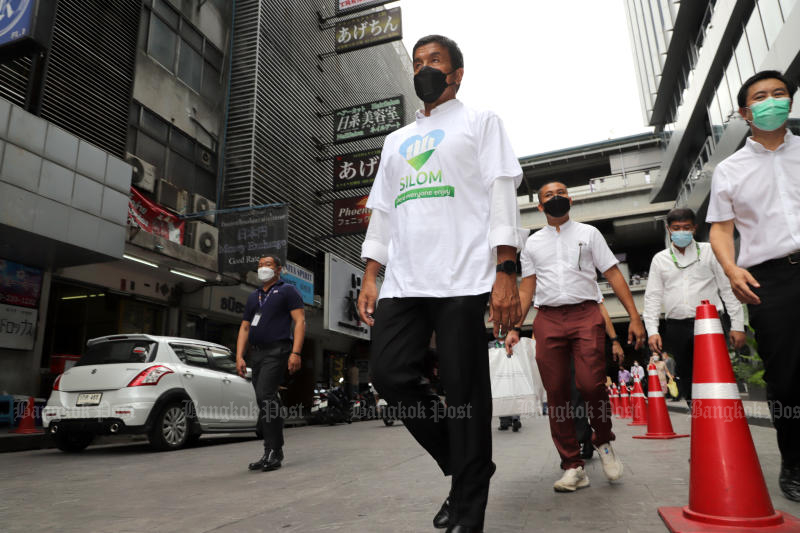