Police question the mother, seated left, of the nine-year-old girl who was sold to men and videod having sex with them. (Photo supplied)

Police have widened their probe into a case involving a woman who pimped her nine-year-old daughter and sold the videos, to include male customers and people who bought or viewed the videos.

Anti-Trafficking in Persons Division (ATPD) police on Wednesday took the girl's 25-year-old mother, identified only as Chantra,  and two men who allegedly paid for sex with the child to the Criminal Court and applied to detain them for another 12 days.The court approved the request.

Ms Chantra was arrested at her house in Don Phut district of Saraburi province on Monday night following a police investigation that she had pimped her nine-year-old daughter and sold videos of men with her.

She was charged with procuring a girl aged 15 years or less into the flesh trade, colluding in the abuse of a minor and illegal possession of pornographic material.

The two alleged customers were identified as Chakhif Chuenchob, 58, and Thotsaphon Kaensawat, 33. They were also arrested on Monday. They were charged with colluding in child molestation, sexually abusing a girl aged below 13, and possessing pornographic material.

ATPD commander Pol Maj Gen Wiwat Khamchamnan on Wednesday ordered investigators to widen the investigation to find any others who had sex with the child, or bought the videos and maybe further  disseminated them and to whom. Legal action would be taken against those found involved, he said.

Mr Thotsaphon allegedly admitted to having paid for sex with the girl, but said he was not involved in the making of the videos. Mr Chakhif denied all charges and reserved his testimony for the court.

According to the police investigation, Ms Chantra had pimped her daughter and sold the videos, from 2020 until she ws caught. About 100,000 baht had moved through her bank account and she allegedly admitted the money mostly came from sale of the videos.

She allegedly admitted she had sold her daughter on only five occasions. 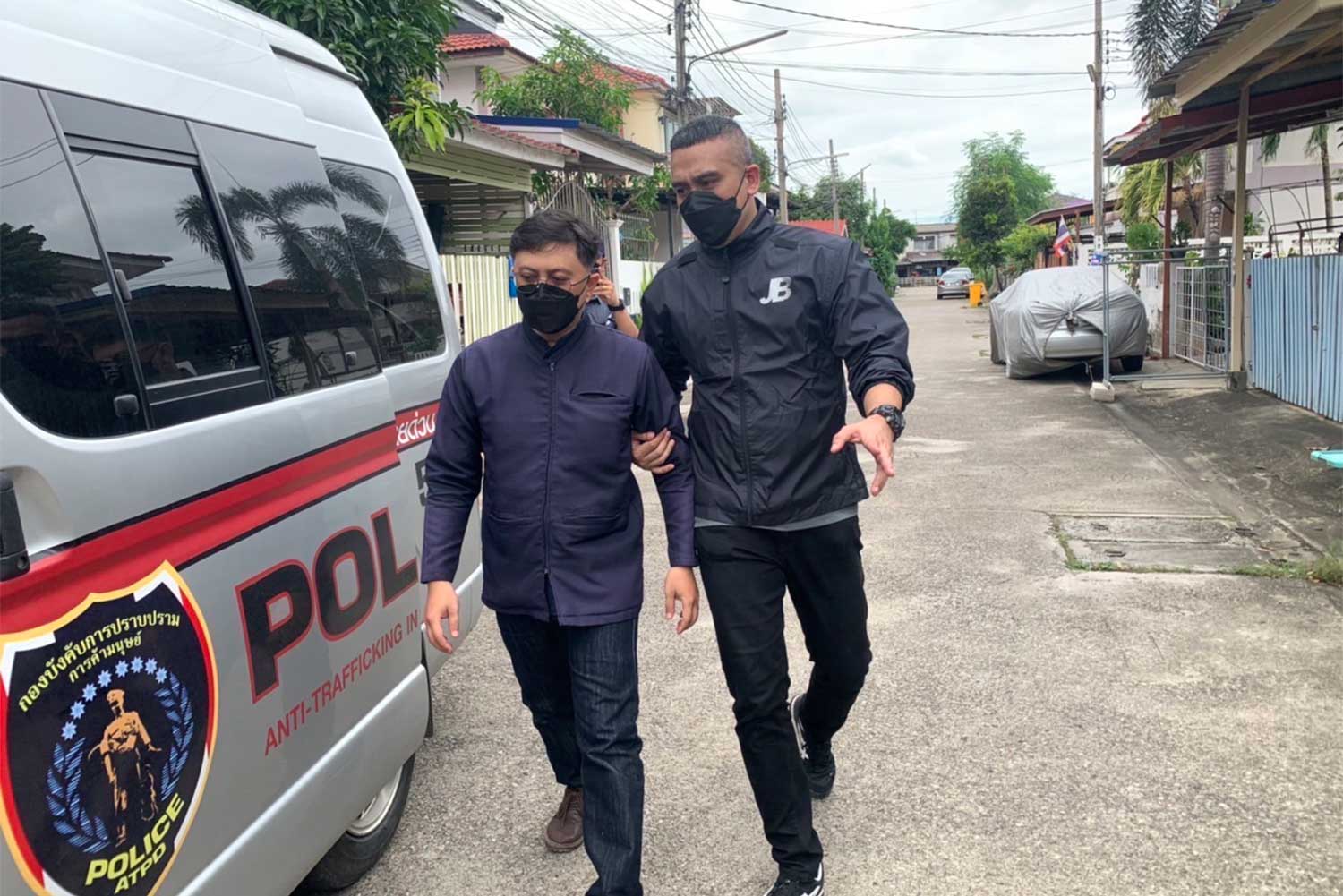 Thotsaphon Kaensawat, 33, left, one of the two accused men, is taken to a police van. (Photo supplied)