Special weapons and tactics police arrest the hostage-taker after shooting him in the shoulder, at Theparak community in Muang district, Khon Kaen, on Thursday. (Photo: Chakrapan Natanri)

KHON KAEN: Police rescued a woman held hostage by a homeless man armed with a hand grenade at a community in Muang district on Thursday morning, after shooting him in the shoulder, ending a three-hour drama.

The man, whose name was not known, was shot in the left shoulder. He was later taken to hospital.

The woman was uninjured.

The drama began around 9.30am when a man entered a motorcycle repair shop in Theparak community in Muang district. He was armed with an M61 hand grenade and he took the shop owner's wife hostage.

The hostage, Suwan Tasaengsa, 52, said she just returned to the shop an saw many police on the road. Then a man ran into the shop. He had a grenade in his hand.

He told people in the shop to stay where they were but they all fled, leaving her alone with him.The held her by the shirt and told her to sit near him. He did not assault her or hold her by the neck, Ms Suwan said

Police had earlier on Thursday gone to the community in response to complaints about repeated thefts.  Residents alleged that a& homeless scavenger was responsible, Pol Maj Gen Nopphakao Sommanat, chief of Khon Kaen police, said.

The officers found the man in the area with his pushcart, he said

They searched him and the cart and found an 11mm pistol and 10 bullets in his possession.

The man then produced an M61 hand grenade, and held it in his hand. The officers tried to persuade him to lay it down, but he refused. The man bolted, running through the community and into the motorcycle repair shop where he took the owner's wife hostage, Pol Maj Gen Nopphakhao said.

While police tried unsuccessfully to persuade him to release the woman, a rescue operation was mounted.

They also tried to communicate with the woman, sending her signals to be prepared.

When the time was deemed right, the woman was signalled to run away, and special weapons and tactics (SWAT) police fired shots at the hostage-taker.

The man was hit in the left shoulder. He fell down and the officers moved in to take the grenade from his hand. He was taken to  hospital.

Pol Maj Gen Nopphakao said initial checks found no record of the man or a permanent residence. There was also no confirmation of reports he was a former paramilitary ranger. Checks were continuing. 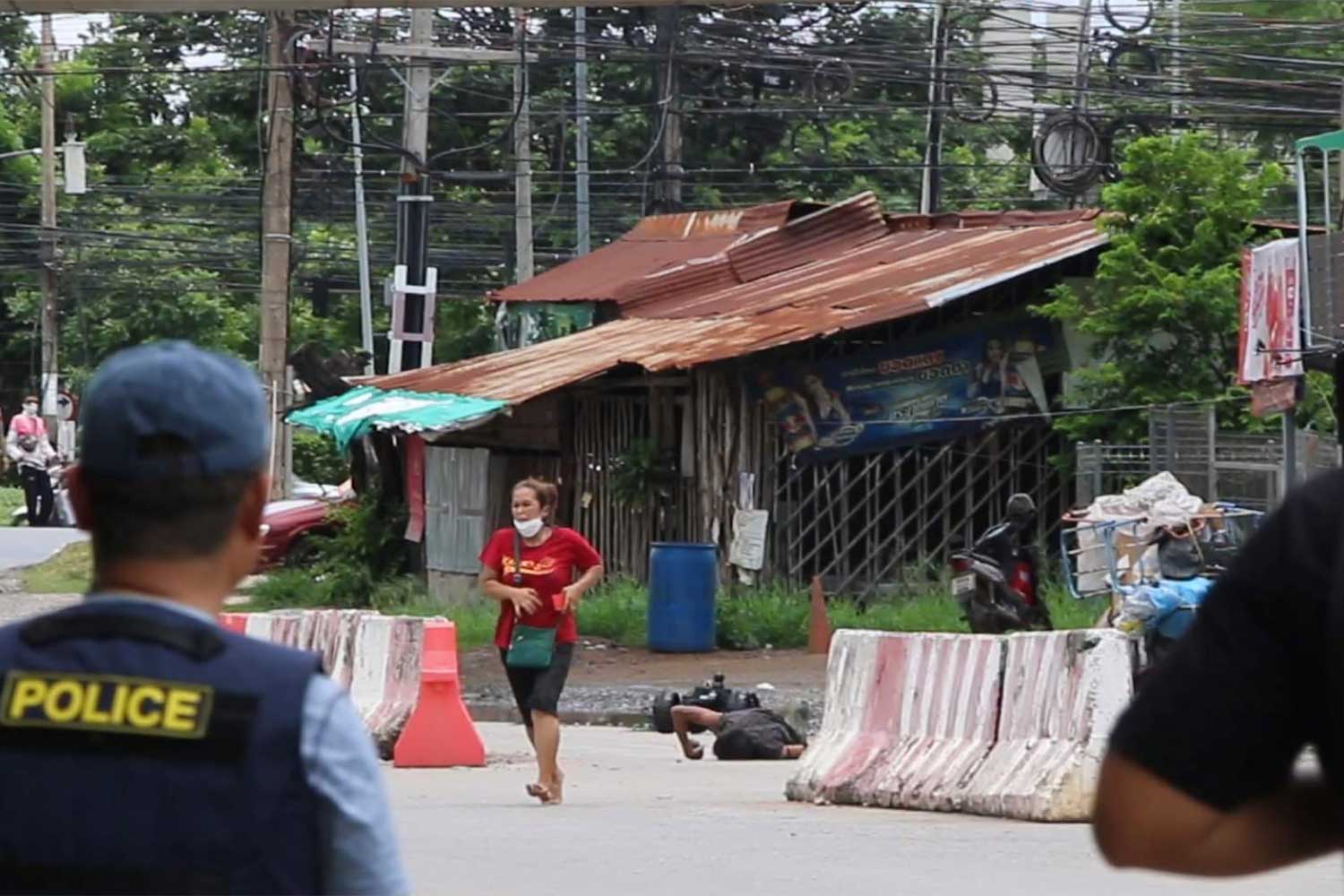 The woman hostage runs from  the shop after police shoot her captor, ending her three-hour ordeal. (Photo: Chakrapan Natanri) 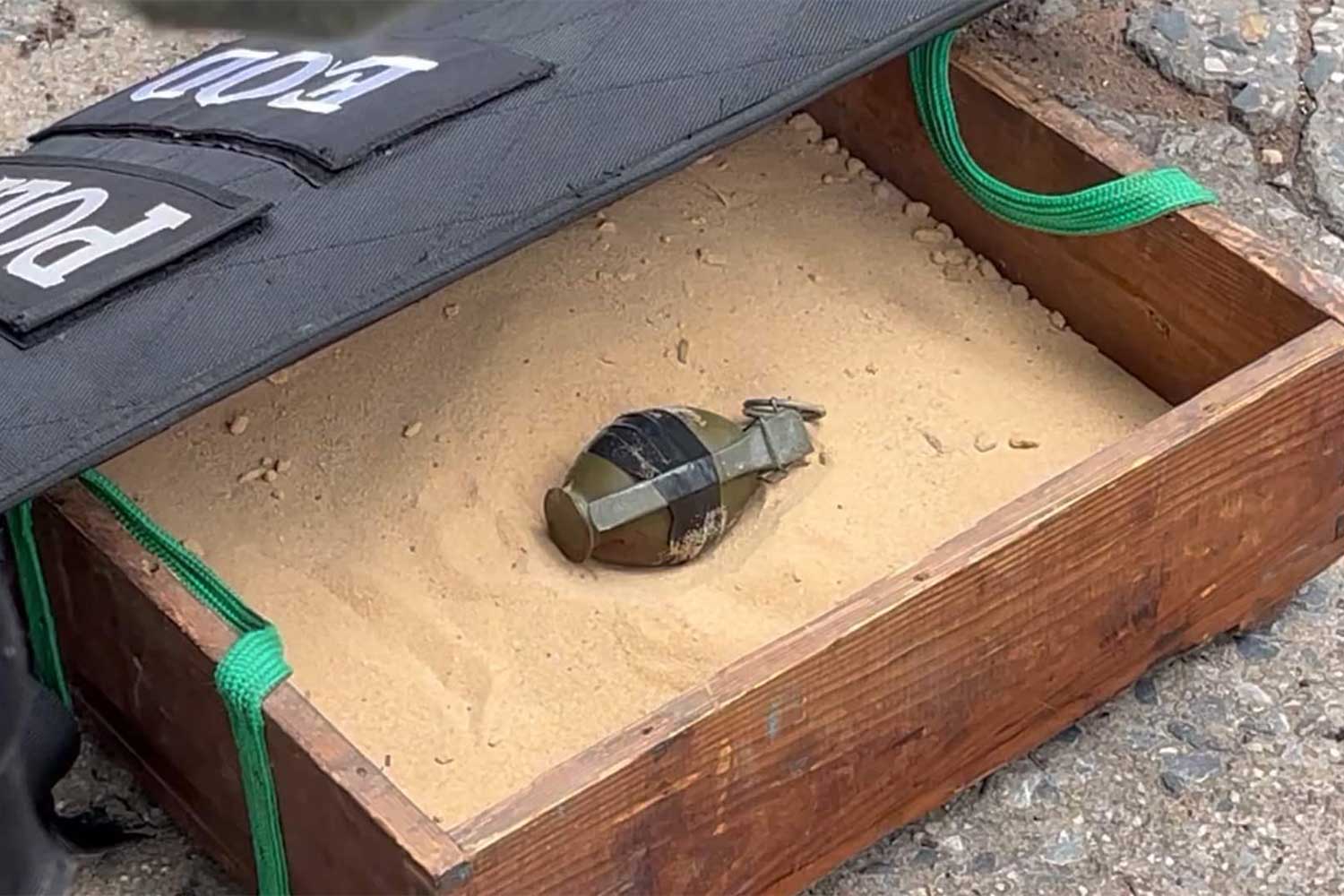